The Black and White • January 2, 2021 • https://theblackandwhite.net/68673/feature/boosting-business-whitman-senior-turns-a-profit-with-video-games/ 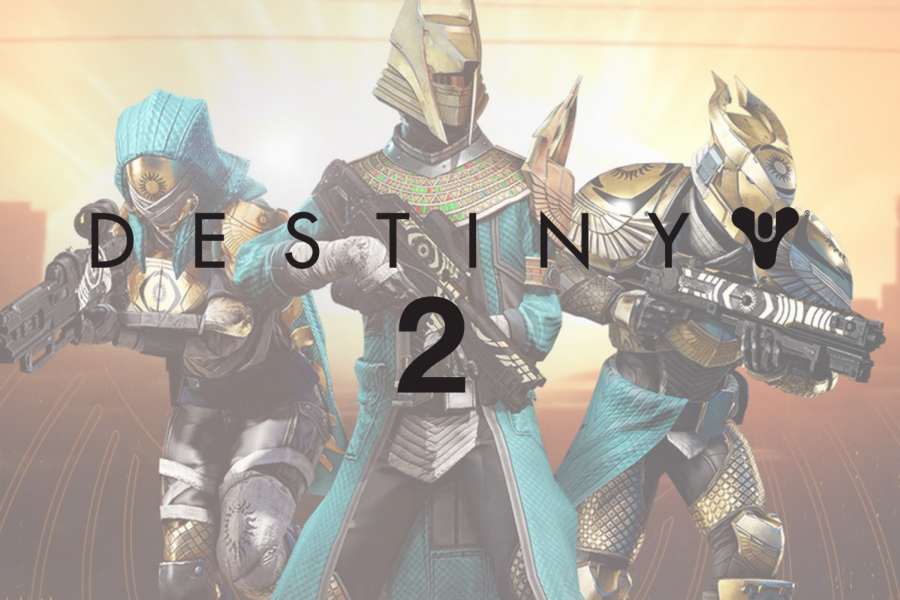 At 3:00 p.m., most seniors might be studying for an upcoming test or completing homework assignments — but not Rohil Raofield. That’s when he heads to work. The journey isn’t far, either. Raofield only walks down three flights of stairs to get to his place of work, or more accurately, the couch in his basement. After firing up his Playstation 4, Raofield settles into his “office” and starts gaming. The money begins to pour in almost instantly.

Early during the coronavirus pandemic, Raofield realized the isolation gave him more time to focus on extracurricular activities. He seized the opportunity to improve on his abilities as a video game booster for Destiny 2, a futuristic online multiplayer first person shooting game. Boosting is a legal cheating service which aims at helping players obtain special rewards — anything from expediting in-game compensation systems to fast-tracking level progression.

One method Raofield uses is syncing both of his PS4’s –– one connecting to his private account, the other to his customer –– to an identical internet address, ensuring that the two devices pair against one another in online matches. He then intentionally loses rounds on his own system to unlock rare items for his client’s account.

Stacking the odds is easier said than done, Raofield said. Despite knowing boosters beforehand, he had spent two weeks studying the topic to receive favorable match-ups.

“The thing that is really difficult is figuring out how it works; after I figured out how to do it consistently, it was pretty easy,” Raofield said. “Consistency is the most important thing since it determines how respected you are by your customers.”

Although it took Raofield a while to understand boosting mechanics, he has now gotten it down to an exact science, he said. He simply connects his customer’s account with his own and lets the devices battle it out. As Raofield lets his handiwork unfold –– which takes roughly half an hour –– he’s able to sit close by and finish up school assignments, all while collecting a paycheck.

“On the computer, it’s a big thing to cheat and help people get awards that way, but Rohil is exploiting a complicated, legal, system in the game,” senior Jan Zitko said. “Rohil is also charging a pretty good rate and gets a lot of people to come back each weekend.”

Raofield’s price of $20 per player is far lower than the so-called “market’s” average –– gamebooster.com charges $35 for the same service. Prices fluctuate widely within the game boosting industry, so Raofield primarily relies on word of mouth and the Destiny community in order to adequately charge for his services.

“I get my customers mainly through Destiny’s main website by finding posts where people are looking for other people to boost their accounts,” Raofield said.

Typically he must convince potential customers that he is a legitimate seller — and for good reason. Many supposed video game boosters are scams, which can make it difficult for people to discern which services are real. To prove his legitimacy, Raofield relies heavily on his negotiating tactics and reputation from previous customers.

Trust between both parties is the most important aspect of Raofield’s business, he said. Since his boosting service is run entirely online, it is often difficult to interpret his customers’ intentions.

Raofield depends on his instinct to build a genuine relationship with his customers so they will hopefully return for another service. The additional communication needed to put a potential buyers’ mind at ease can take 10 minutes –– a third of the time it takes to boost an account. Raofield believes that dialogue is a crucial part of his process.

“I have to make them feel safe, so I act as genuine as possible,” Raofield said. “Whenever they have a concern I talk with them as much as possible so they are more likely to come back and do it again.”

He hopes that his growing reputation among his client base will shorten the total time it takes to communicate with each customer, which leads to a quicker boosting process.

Raofield intends to ramp up his business in the coming months as Destiny releases new updates, which in turn will force gamers to turn to boosters. Surges in gameplay are how the service thrives, and how Raofield turns a profit.

“It is probably the least amount of work you can do and still make a good amount of money,” Raofield said. “Plus, I really like having conversations with new people.”