The Black and White • January 1, 2021 • https://theblackandwhite.net/68666/opinion/trying-out-a-quarantine-routine-running-every-day/

Trying out a quarantine routine: running every day 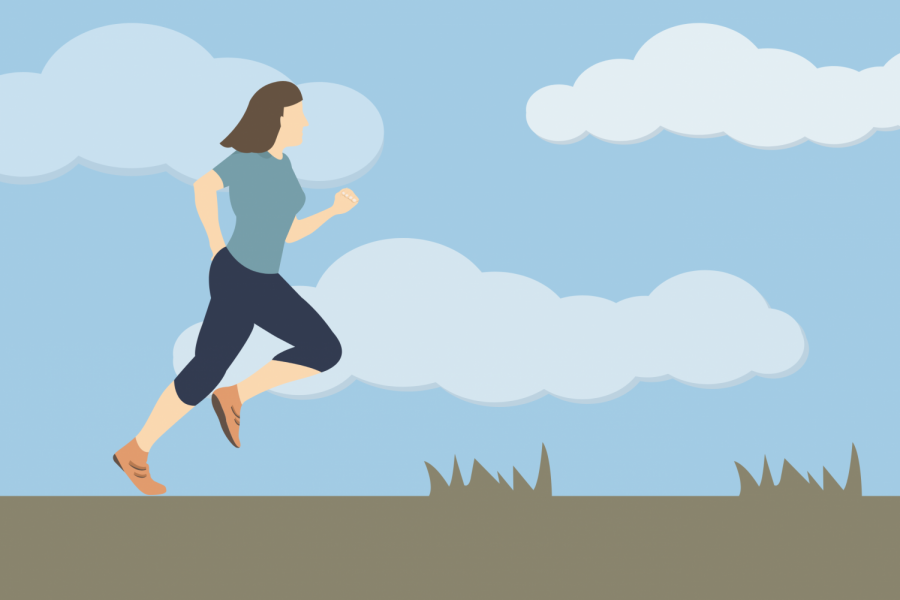 As my iPhone alarm blares on, I reach over to my bedside table to hit the snooze button. It’s already 8:56 a.m., four minutes before the start of my first period. Oops. I lumber to my desk, a mere two feet away from my bed, and open Zoom.

Last quarter, virtual learning drastically shortened my morning routine. Instead of waking up, getting ready and driving to school, I could simply roll out of bed minutes before the school day began. This approach did have its downsides. I was not nearly as energized as I had been for in-person school days. Instead of walking the Whitman halls, I now switch tabs. Instead of sitting at my desk conversing with my classmates, I now slump over my computer screen.

Aiming to make a substantial change, I decided to start running every day before school to see if this would make me more productive in class. I wanted to reinvigorate what had become a meaningless, monotonous daily schedule.

Ever since the infamous Pyle 5k, I have remained staunchly anti-running. My record mile time was nine minutes and thirty seconds, and let’s just say that’s not getting me into the Olympics. I also had not ran since middle school, which means my stamina was right where I left it: in eighth grade.

Despite all of this, I laid out my Nikes, leggings and expectations for the next morning.

My first run was rough. I left my house with the intention of jogging a quick mile and a half with ease, but, after completing a mere third of my route, my morning run quickly evolved into a much slower speed-walk. By the end, I was exhausted — and humbled — but also ready for class much earlier, ate my breakfast and no longer struggled to pay attention throughout the day.

Over the week I began to run longer distances without losing speed, eventually keeping pace for the entire course. Everyday I changed my route, attempting to avoid the boredom and monotony I found in virtual learning. Though my productivity didn’t necessarily skyrocket, I became more alert in my morning classes and started my homework much earlier in the day. I also had more time in the day to get ready for my classes, and was no longer stressed about missing school.

Regardless, I never truly got accustomed to waking up at 7:45.

After this week, I stopped my running routine. I decided that I needed my extra hours of sleep, especially as my workload began to increase. Though I’m still not a running enthusiast, I plan to take some time out of future weeks to refresh with a lap around my neighborhood. Just maybe after school.