The Black and White • December 23, 2020 • https://theblackandwhite.net/68627/news/experts-worry-holiday-season-to-lead-to-covid-cases-uptick/ 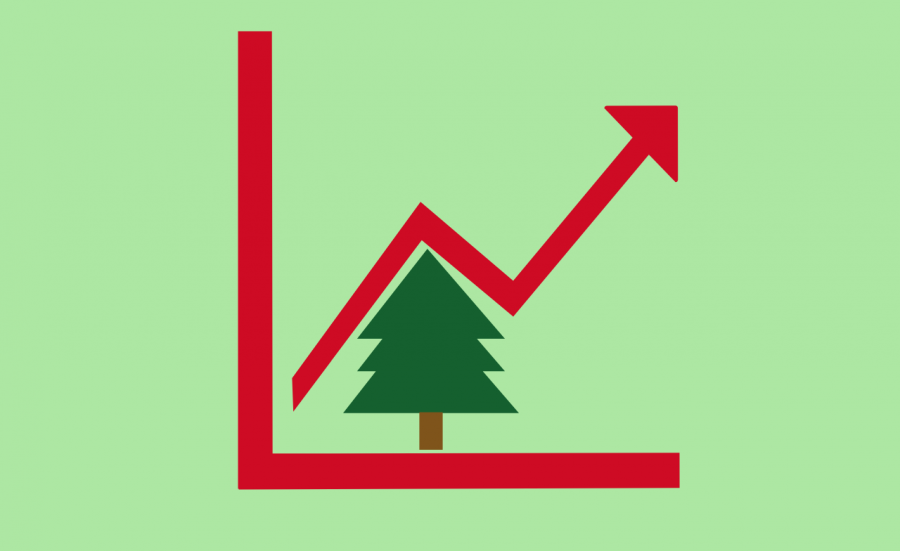 The December holiday season will likely cause a spike in coronavirus cases, much like Thanksgiving.

As COVID-19 cases in Maryland and across the United States have reached pandemic-high levels, with the state reporting over 16,000 new infections in the past week, experts fear that increased amounts of travel and large gatherings during the holiday season will lead to further spikes.

These record-setting infection rates, experts say, have been fueled by indoor gatherings during the Thanksgiving holiday. Several weeks after the holiday, on December 17, the United States reported over 250,000 new cases, an unprecedented amount for a single day. Now, as 40% of Americans plan to travel to see family for the holidays, the medical community sees the potential for another catastrophic surge in cases.

“Public health experts have been very worried for months about the likelihood that the novel coronavirus would be affected by seasonality,” said Lindsay Wiley, Director of the Health Law and Policy program at American University. “It’s virtually certain that gatherings and travel will cause a surge in infections.”

A recent study by the University of Minnesota found that indoor gatherings overwhelmingly increase the risk of infection — even with proper ventilation, viral particles cling to surfaces and infect others. As a result, the December holiday season is concerning to the public health community, especially compared to celebrations over the summer, as winter temperatures are likely to keep more gatherings indoors.

In an effort to further prevent further surges in COVID-19 cases, Montgomery County banned indoor gatherings of more than 10 people and mandated residents wear face masks in public at all times on November 24. The county also prohibited indoor dining on December 15.

On December 17, Maryland Governor Larry Hogan issued an advisory against non-essential out-of-state travel, requiring those who travel out-of-state during the holiday season to either report a negative COVID-19 test or quarantine for 10 days. However, Micah Lillard, a spokesperson from the Metropolitan Washington Airports Authority, told the Black & White that nearby airports expect to see an increase in passengers traveling through DC-area airports this week. Corroborating the MWAA’s projection, the Transportation Security Administration has reported a pandemic-high four million travelers in the past week, escalating fears of a vacation-related outbreak.

Junior Artie Mackey, who recently returned home from a semester abroad in Israel, was concerned about contracting the virus while on his flight home.

“I felt most at risk at the airport,” Mackey said. “Studies have shown that planes are fairly safe, but at the airport, many people were not wearing masks.”

“Seasonal institutional practices, like sending college students home, will increase reported infections,” Wiley said. “While many people are responding to public health messages and changing their plans, many are not.”

Still, some colleges, including the University of Miami, sent students home for holiday break, including Sammy Strent (‘20). Strent believes his college did an adequate job of preparing their students for a return home.

“So long as students do not come back until the next semester, I believe it is safe to come back to Bethesda,” Strent said. “Students got tested weekly, and I also got tested the day after I came back home, so I felt safe about returning.”

Montgomery County’s phased plan to return to school, scheduled to begin in February, could be impacted by a rapid increase in cases. The plan mandates that the county must reach less than 5 cases per 100,000 residents before students can return to in-person school; Montgomery County currently has 39 cases per 100,000. Wiley said that benchmark is a lofty goal, considering an expected rise in cases.

“I think it’s fairly likely that conditions will be worse in February than they are now,” Wiley said. “It’s quite possible that schools won’t reopen until late in the school year, if at all.”