The Black and White • December 17, 2020 • https://theblackandwhite.net/68612/news/quarantine-fatigue-hits-whitman-students-open-door-to-virus/ 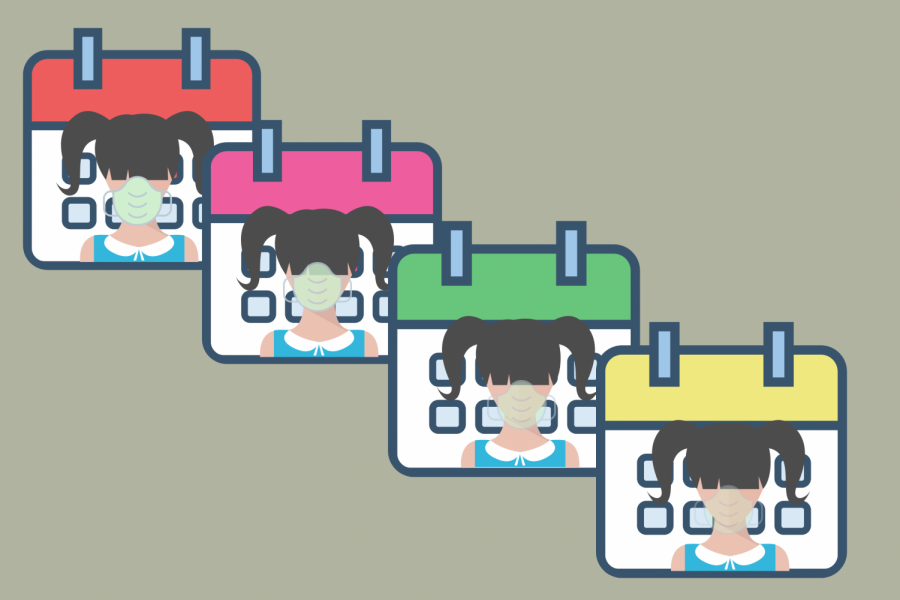 Since the start of the pandemic in March, students have increasingly disregarded COVID-19 safety precautions.

Some names have been changed for anonymity.

Even as the year comes to a close, the United States’ battle with the coronavirus pandemic is far from over. Infection rates are rising in 43 states, including Maryland. On November 28, the U.S. surpassed a new milestone: 13 million overall cases, with 4 million of those cases happening in November alone. As winter approaches, colder temperatures are forcing people to spend more time indoors, where the virus is more easily transmitted. Experts fear the pandemic will become even worse throughout the next few months.

Many students, however, seem oblivious to the public health crisis.

Throughout October and November, groups of high school students orchestrated a “Fake Homecoming,” commonly referred to as “Foco.” Whitman cancelled its traditional Homecoming this year as public safety guidelines urged against group gatherings and parties amidst the pandemic. Some students remained undeterred, dressing up, taking pictures and venturing to various D.C. monuments for Foco.

Health professionals are still advising the public to stay six feet apart from non-immediate family members and to wear a mask at all times in public. Although some Foco groups followed safety protocols, many groups disregarded such precautions.

Students gathered publicly in groups of up to 40 individuals, taking maskless pictures, partaking in indoor dining, strolling across the National Mall without masks and partying afterwards. Many traveled between locations in a packed party bus.

“In our Foco group there were about 17 people,” junior Jack said. “We went to one of our houses for pictures, then we went to dinner. After dinner, we went to the after party. We didn’t take any precautions because we have been hanging out as a group since the beginning of quarantine.”

Foco events are not the only instances of students gathering indoors without proper safety measures — they simply highlight a larger trend. High schoolers have been hosting and attending unsafe gatherings since the early stages of the pandemic.

In a Black and White survey of 79 Whitman students, over one third of respondents indicated that they had participated in indoor gatherings of 10 or more people and had taken few to no safety precautions since the beginning of quarantine. Within this group, 63% were present at such gatherings at least once per week.

“During November, my friends would hang out in groups around 20 people almost every weekend,” senior Olivia said. “That’s just how many people are in our group, so it’s hard to hang in smaller groups without excluding anyone.”

Maryland public health officials have expressed concern over students’ disregard for health guidelines. In Montgomery County, officials are actively investigating a Halloween party that drew over 75 people and infected more than a dozen with COVID-19.

“Any get together where there are many people congregating and spending time close to each other, like when taking pictures, increases the risk of infection,” said Dr. Veronique Nussenblatt of the NIH’s Infectious Diseases Consult Service. “Sitting close to others who are not in your immediate household without a mask, such as when eating dinner, also puts you at risk for getting infected and introducing infection into your family.”

Student behavior has grown increasingly reckless since quarantine began in March. In the same Black and White survey referenced above, over 50% of students responded that they consistently followed safety guidelines from March to May — but this percentage dropped to 24% from June to August, and just 20% from September to November.

It can be difficult to pinpoint why exactly students disregard safety guidelines, although it could be a result of simple boredom or the negative mental health consequences associated with social isolation, Nussenblatt said. In both scenarios, it can be difficult to avoid reverting to old habits.

“We are used to the norm of hanging out with friends and socializing, so it’s not natural to be more isolated and to avoid routine activities,” she said. “Quarantining can be very isolating, and it can be tempting to not follow guidelines when those around you appear healthy.”

In a recent Kaiser Family Foundation poll, 53% of adults in the United States reported that the coronavirus has negatively impacted their mental health. Human contact is a key factor in psychological well-being; one study reported that the quality of one’s relationships is a top predictor of happiness.

“My social anxiety has increased because of the pandemic,” said junior Lily, who has admitted to breaking CDC guidelines. “I get really nervous to talk to people I don’t know because I haven’t had to do it in a while. Being with my friends helps me, and sometimes we don’t sit six feet away because it makes things more relaxed.”

In order to combat these adverse effects of the pandemic, students should look for safe ways to maintain social engagement, Nussenblatt said. Virtual muti-player gaming has surged during the pandemic — Microsoft reported a 130% increase in multiplayer engagement across March and April.

For those uninterested in video games, there are other ways to safely connect with friends both virtually and in person, including Zoom calls, outdoor meet-ups and Netflix parties, where up to 50 people can watch the same show or movie at once.

Experts such as Nussenblatt advise students to stay optimistic and focus on the future.

“I am hopeful that we will have a vaccine soon and that life will start going back to normal.” she said. “But for now, it is important that we each do our part in keeping ourselves and those in our community safe.”