The Black and White • December 9, 2020 • https://theblackandwhite.net/68580/feature/schoolhouse-rock-teachers-jam-out-to-their-favorite-albums/

Schoolhouse rock: Teachers jam out to their favorite albums 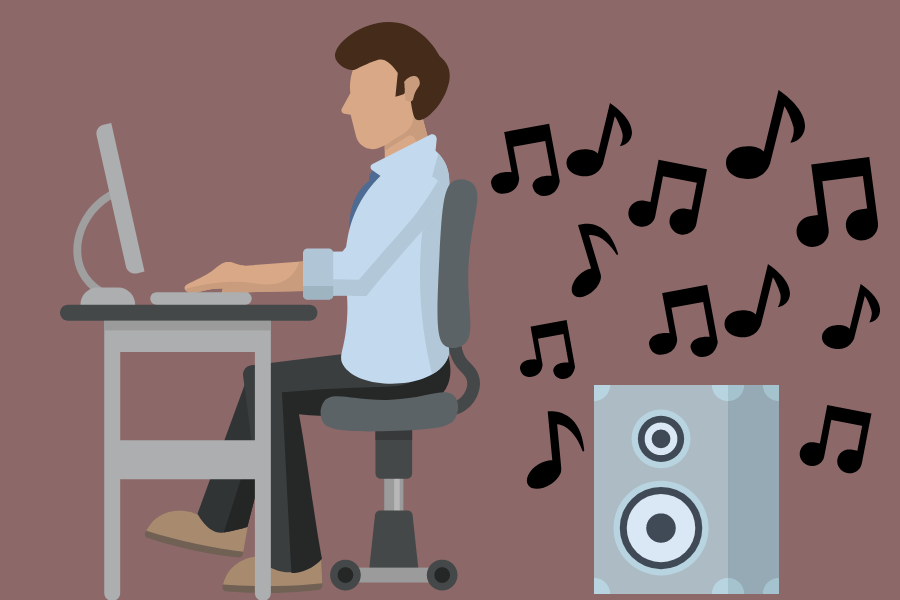 Whitman teachers talked to us about their albums of choice, ranging from the Red Hot Chili Peppers’ “Blood Sugar Sex Magik” to Bob Marley's "Legend."

Believe it or not, teachers are people too. I’ve heard that they have lives outside of school — they even have friends, hobbies and, most importantly, their own music tastes. In my quest to understand more about our staff — and to fuel my passion for music — I asked several teachers what their favorite albums are.

First, English teacher Cody Therrien gave me a list of some of his favorite albums, which varied widely, from funk-metal recrods like the Red Hot Chili Peppers’, to rap like “The Score,” by The Fugees and “The Miseducation of Lauryn Hill,” by Lauryn Hill.

He also likes “Evil Empire,” by rock-rap band Rage Against the Machine. He uses that album for his Google Classroom profile picture, he said.

But his favorite album of all time is the Red Hot Chili Peppers’ “Blood Sugar Sex Magik,” he said.

“I know all the words, and if it’s on, I have to sing it no matter what,” he said. “That album is beautiful.”

Next up is English teacher Christopher Williams. His music taste has changed a lot over time, he said.

“I can remember a few albums throughout the course of my life that were really important to me,” Williams said. “For me, music is connecting with a mood or feeling that you want to have. I like pretty much every genre of music.”

He had to think hard about his list of top albums. One album that stood out to him is Pearl Jam’s “Ten.”

“Back then, you bought the whole album, and on an average album there might have been two, maybe three songs you liked,” Williams said. “For me, the whole Pearl Jam album I could play from start to finish, and it was all phenomenal.”

However, as he’s gotten older, he’s found that his tastes have shifted. Despite the shift, he’s still found albums that he loves to play from start to finish, including “Revolver” and “Rubber Soul” by The Beatles.

Now, we have history teacher Kenneth Heckert. After I asked him about his favorite album, he sat back for a few moments before beginning his list.

“I’ve always been a big Dave Matthews Band fan,” he said. “Their first album that I started listening to was ‘Under the Table and Dreaming.’ Then they came up with ‘Remember Two Things,’ which is constantly on my playlist.”

After thinking for a bit longer, he said that he also likes Mumford and Sons’ first album, “Sigh no More” (“I play it all the time,” he said) and Pearl Jam’s “Ten” (“That’s quality, for me”).

Just as we were about to conclude our interview, he shared one final thought.

“I don’t listen to music as much as I used to, but when I was young and in college, I was a huge Dave Matthews Band fan,” Heckert said. “I went to over 50 different concerts, traveling in the summer, watching them.”

Next comes math teacher Laura Rhodes. She doesn’t have a whole album she likes; instead, she has many many individual songs that she considers her favorites, she said

She then turned on the song and began jamming out.

“Ok,” she said, pausing the song. “So my other favorite song right now is ‘Don’t Start Now’ by Dua Lipa.”

After that song finished, I asked Mrs. Rhodes her thoughts on music from when she was younger.

“Well, I never liked the head-banging type of music,” she said. “I’ve just always loved songs with a good beat.”

Finally, we get to Spanish teacher Laura Brewer. She loves Bob Marley’s album, “Legend,” because she listened to it throughout her first trip to Peru her freshman year of high school. It was the first time she left the United States.

“I still listen to that album,” she said. “It’s one of the few CD’s I still own, and I listen to it when I’m stressed, or if I’m in the car and traffic is bad. It always just makes me happy.”

Another of her favorites is “Barrio Fino” by Daddy Yankee, because it helped her with her Spanish pronunciations, she said.

“The summer that I bought that album, I lived in College Park, and I would commute all the time down University Boulevard,” she said. “I would be blasting my Daddy Yankee. It really helped me with my pronunciation to be able to speak fast enough to sing along with those lyrics.”