The Black and White • December 6, 2020 • https://theblackandwhite.net/68556/sports/fall-ball-how-lacrosse-players-brought-back-their-sport-during-a-pandemic/

Fall ball: how lacrosse players brought back their sport during a pandemic 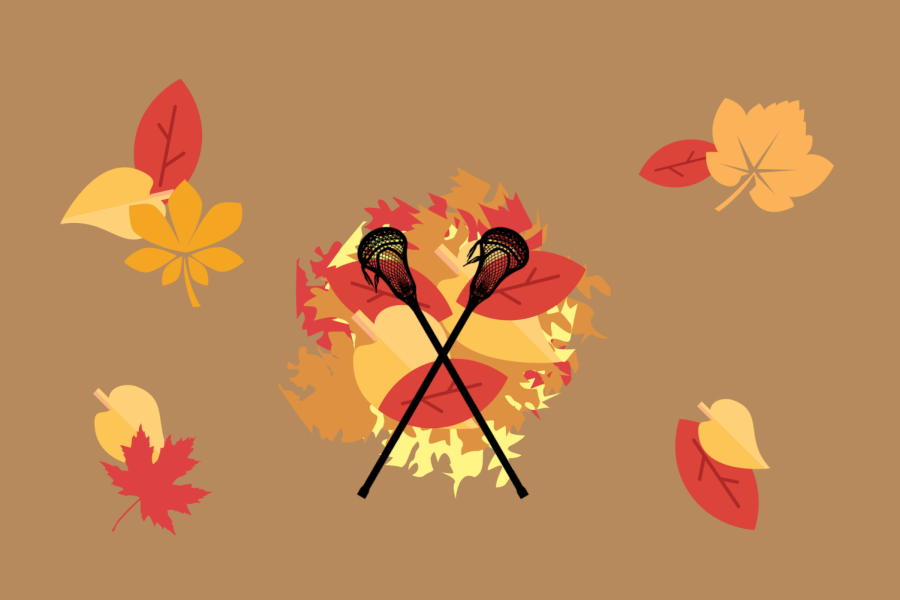 After receiving a pass from his teammate, attackman Dylan Vohra sprints towards the opponent’s goal. Sensing multiple defenders around him, he makes a quick jab step to advance closer, wraps his lacrosse stick behind his back, shoots and scores. Vhora leaps with joy and pumps his fist. The sideline erupts in excitement.

This moment was one of Vohra’s favorite memories from Whitman lacrosses’ informal fall season, dubbed “fall ball,” which concluded mid-October. Although it varied from past seasons due to COVID-19 safety guidelines, fall ball allowed Whitman lacrosse players to continue practicing in a sheltered environment.

“The fact that we had a fall season was a surprise to us, but we didn’t take it for granted” said junior defenseman Evan Shavitz. “We really cherished this season and worked hard.”

Fall ball occurs every year, focusing on skill development and team bonding. Despite facing several obstacles concerning player safety, the team soon began to run practices and games in a similar format to past seasons.

Though some athletes played club lacrosse over the summer, many players were still excited for the Whitman lacrosse season to begin. They missed the practices, games, team events and — most of all — their teammates.

Some team members lost motivation following months of practicing alone, uncertain of if and when team activities would start.

“I was feeling really down,” said junior faceoff specialist Jackson Levin. “Not being able to practice with my team definitely had negative effects on my mental health.”

After learning that the team could come back together to play in the fall, the players, including Levin, were ecstatic. Parents, coaches and players alike put in hours of hard work to plan a season.

“Just the thought of being able to continue working and practicing together made me so happy,” Levin said. “The feeling of being with my teammates and taking the field is unlike anything else; it brings me so much joy.”

Even though the season was held in-person, organizers were forced to make several adjustments: captains, not coaches, conducted most practices, and parents were not allowed to spectate a number of games.

But despite these alterations, the team remained determined and resilient, Shavitz said.

MCPS has laid out a plan to provide all sports with truncated seasons this spring. It remains unclear as to whether or not infection rates will allow the plan to proceed as outlined, but players are staying optimistic.

“We’re crossing our fingers that we have a spring season,” Shavitz said. “We’re hopeful, but we just don’t know what’s going to happen.”