The Black and White • December 4, 2020 • https://theblackandwhite.net/68553/opinion/blogs/give-period-dramas-a-chance/

Give period dramas a chance 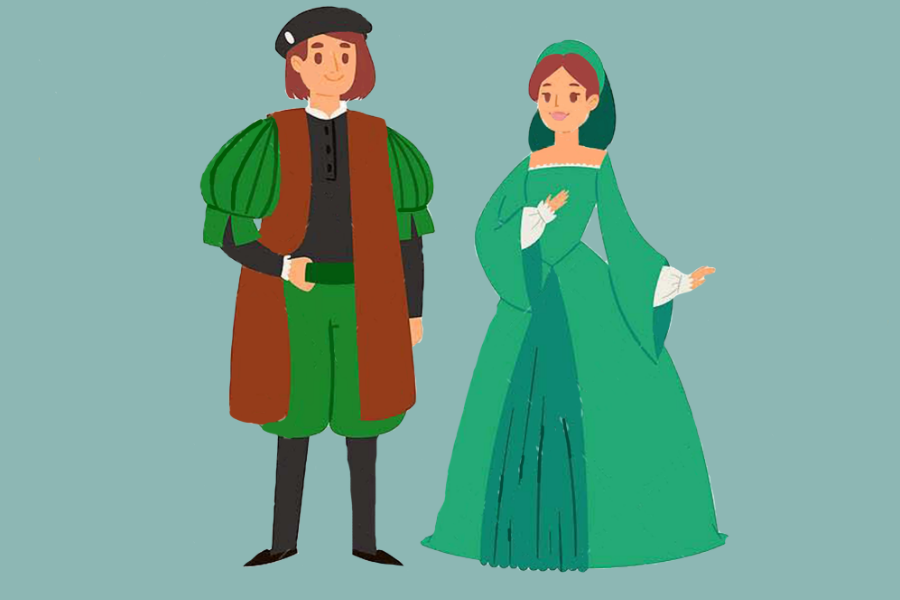 The man stands silently, eyes cast down and skin blanched white. He shakes slightly from the center of the room, while concerned onlookers line the walls — black hats, black cloaks, black ties. The room is quiet, the tension palpable as they await a final verdict. At the decisive moment, a woman’s scream pierces through the air, crying for the jury to reconsider.

But this isn’t a scene from Law and Order: SVU or Criminal Minds, it’s from Downton Abbey — a period piece. When a high schooler thinks about period dramas, they might recall frilly dresses and outdated language — or they may not know what a period drama is at all. At a glance, these films and shows simply represent a time period and all the costumes and customs that go with it. But these programs offer so much more than that.

Confused? I was skeptical at first, too. After all, what’s so exciting about a film that is devoid of any contemporary elements, like action sequences or modern language? And how could plotlines that have little relevance in today’s world be relatable?

Back in January, I begrudgingly started watching Downton Abbey after my mom recommended the show to me; I was sick, at home from school and had nothing better to do. Seven hours and seven episodes later, I had finished the first season.

I was surprised — not only at myself, but at the intricacies and excitement of a show set a hundred years ago.

I found myself immersed in a world so completely different from my own, whether it was the great estates of the Yorkshire countryside or the bustling streets of Edwardian England. As I began to dive deeper into an expansive library of period pieces, I imagined myself sipping tea at Buckingham Palace in The Crown, riding horses down the streets of Birmingham in Peaky Blinders or going to dances in Pride and Prejudice.

Today, more than ever, we need period pieces. They provide a welcome place to take a break from our fast-paced, complicated world, where it’s easy to become overwhelmed. When you start watching a period piece, you enter a different universe. For me, at least, it’s often helpful to step out of the chaotic one I’m living in.

Though period pieces are snapshots of the past, their themes are still as relevant today as they were in their time.

Love, class and socioeconomic status all play a formative role in the storylines — you can find universal lessons about life in a Jane Austen adaptation just as well you could in any popular modern show. Take Pride and Prejudice, for example, a timeless love story which discusses how we often leap to judge others before we even know them. This is an act that many people today, including myself, are guilty of.

Shows like The Crown and Victoria emphasize societal changes, like industrialization or modernization, which helps us understand today’s increasing global and political tensions. Race and gender issues do not go unnoticed: whether they present themselves in the role of empowered female nurses in Call the Midwife or children of slaves in the movie Belle.

Watching these programs provides a unique perspective to analyze and reflect on how relevant issues from the past still plague society today.

At times, it’s hard to turn away from our social media feeds, which prominently showcase pressing issues of the day. Period pieces provide a solution to this — a break from the norm. These films and shows help us explore universal topics in an environment separate from typical political discourse.

Some of my peers wouldn’t consider period dramas to be their first choice of programming, which I understand — but they certainly shouldn’t be overlooked. Period dramas may be considered “old-fashioned,” but they provide some sweet escapism from the stresses of the 21st century. So next time you’re browsing the endless Netflix, HBO or Hulu options, take a chance on period dramas. They just might surprise you, and maybe teach you something about the world, too.