The Black and White • November 23, 2020 • https://theblackandwhite.net/68384/feature/a-guide-to-celebrating-native-american-heritage-month/ 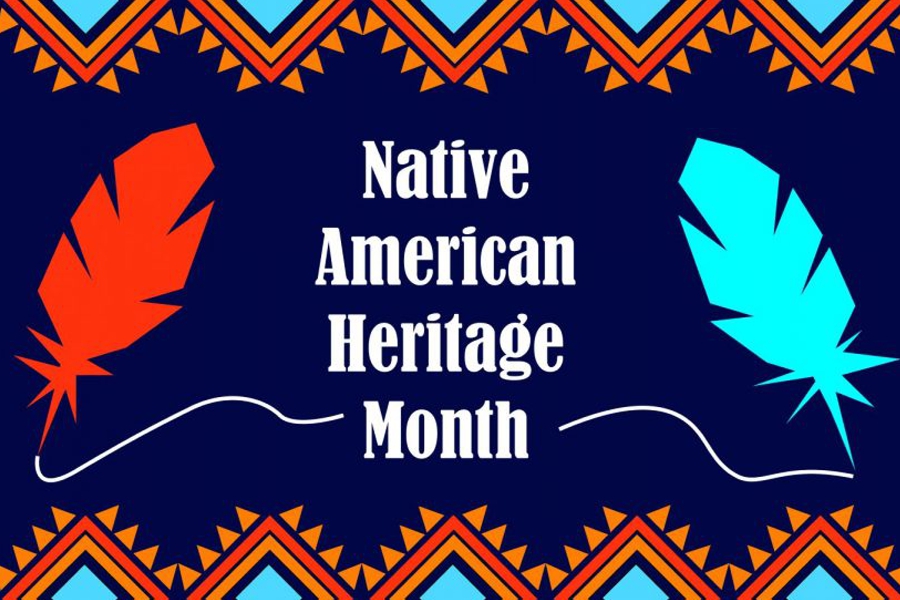 November is Native American Heritage Month, the time to honor the contributions of Indigenous people to American society.

The United States has often neglected the legacy of Native Americans. It wasn’t until 1990 when President George H.W. Bush declared a National Indian American Month that Native heritage, art, history and traditions received widespread recognition as contributions to the American story.

Native American voices are consistently drowned out in our culture, whether it be within the education system or in popular forms of media. Here are five ways that you can commemorate and praise the legacy and cultural heritage of Native Americans.

It is impossible for non-Natives to fully understand the lived experience of Native Americans, so when raising awareness, we should strive to highlight Indigenous voices rather than speak over them, in order to fight for a shared cause. While allyship is crucial, those who experience oppression firsthand should get to have the loudest voice in the conversation.

There are countless public figures who provide representation for Indigenous people living in the United States, including Representative Sharice Davids, one of the first two Native American women in Congress as well as the first openly LGBTQ+ member for Kansas. Her Instagram account, @repdavids, showcases her work, involving everything from climate change to police brutality, all while bringing Native American issues into the national conversation.

Remember that it is not Natives’ job to educate you about their history. There should be no excuse for ignorance, especially when the internet holds a plethora of information on the Native American experience. This principle also relates to other communities of color who face oppression in the United States and globally.

Whitman’s Minority Scholars Program has been organizing educational events for various groups’ national heritage months. The MSP Zooms for previous celebrations, such as Hispanic Heritage Month in September, consisted of Hispanic and Latinx students speaking on their cultures and experiences. Consider attending the upcoming Native American Heritage Month presentation on Tuesday, November 24 at 1:00 p.m. Hopefully, after participating in the MSP’ Zoom discussion or listening to a Native speaker, you will feel emboldened to share new perspectives with your family on Thanksgiving and honor Indigenous history going forward.

As Thanksgiving approaches, it’s important to ‘decolonize’ the holiday, a term that the radio station “Indigenous Rights Radio” often employs. From kindergarten on, the American school system’s teaching of Thanksgiving consists of legends about The Mayflower, dressing up in Pilgrim garb and tracing hand turkeys. It’s time to relearn history; this day of celebration for Americans is one of mourning for Native Americans. Many spend the day remembering the tragedies European settlers, including the glorified Christopher Columbus, inflicted upon their ancestors.

The fairy tale-like Pilgrim Thanksgiving story that we remember is nothing like the Wampanoag Tribe’s version. Their perspective of the holiday centers around a seemingly innocent harvest festival erupting into English settlers’ theft of tribal lands and a Native massacre. When you sit down at the Thanksgiving dinner table this year, take a few minutes to acknowledge the entire story behind the holiday

Indigenous authors are rarely included among the countless books required on our English syllabi. Their work not only offers a unique perspective on being a Native American, but also opens the reader up to the harsh realities of Indigenous treatment throughout history. Some prominent Native American authors include Sherman Alexi, Vine Deloria Jr. and Joy Harjo. All of their works shine light on Native American experiences and issues.

These are just a few of many ways that you can increase your appreciation for people of Native American descent and become a better ally. Despite the lack of Indigenous voices and overall representation within the Whitman community, we must make conscious efforts to recognize and celebrate the voices of Native communities.