The Black and White • November 6, 2020 • https://theblackandwhite.net/68293/feature/futures-on-hold-the-fate-of-collegiate-athletic-recruiting-in-the-age-of-covid-19/

Futures on hold: the fate of collegiate athletic recruiting in the age of COVID-19 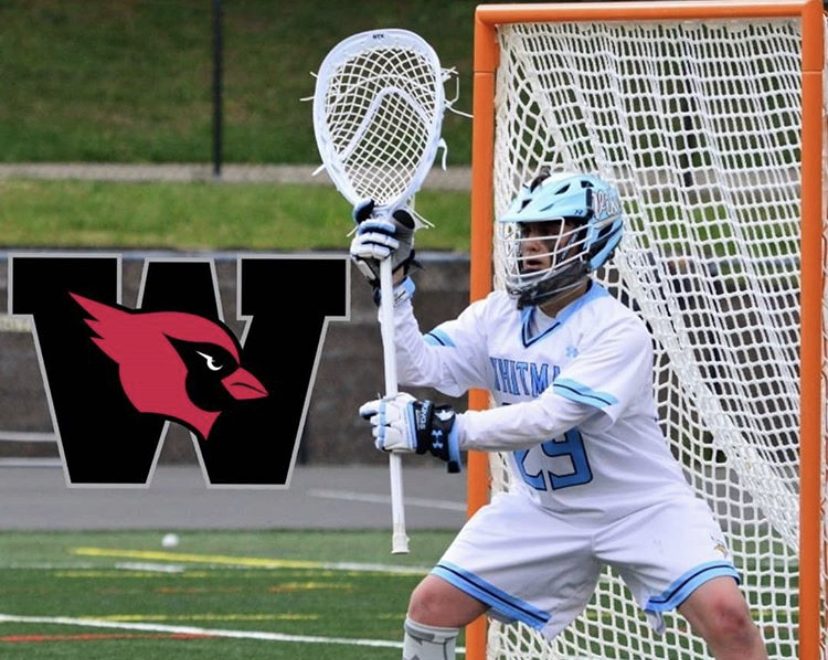 Every year, thousands of high-school students across the country spend their summers competing for coveted — and limited — college athletic scholarships. They travel all around the United States, playing at countless tournaments, taking college visits and sacrificing their free time for the opportunity to pursue their athletic dreams.

This year, however, the coronavirus pandemic has altered the recruiting process substantially. Instead of travelling throughout the spring and summer to play as initially planned, student athletes were forced to quarantine at home.

But this major roadblock didn’t stop the most determined athletes. Students adapted to the circumstances presented by a once-in-a-century pandemic, building homemade workout areas and competing however they could. These athletes used the time in quarantine to sharpen their athletic skills, training tirelessly to improve. Through sheer force of will and the occasional stroke of luck, a select few were able to secure offers and commit, while others suffered from an even more tumultuous, pandemic-riddled recruiting process.

In mid-March, student athletes around the country experienced a shock like never before. Sports of all kinds — professional, collegiate and high school — came to a screeching halt.

Some players found out in the middle of games and practices that their seasons had ended. Others were left searching for answers in a time rife with confusion. Only one thing remained certain: the college recruiting process that high school athletes counted on for athletic advancement would not be the same.

“As soon as our season got cancelled in the spring, I realized this summer would be a completely different game,” said senior Caden Daniels, who committed this August to play lacrosse at Wesleyan University.

As the pandemic raged on, the NCAA cancelled all spring athletic competitions and created a recruiting “dead period” that has yet to end. The dead period prevented all NCAA coaches from recruiting in person, forcing students and coaches to come up with new methods of staying connected.

In addition to the dead period, summer sports seasons were either delayed or cancelled entirely, and many tournaments and camps could not function as they had in previous years. The latter were ideal locations for prospective collegiate athletes to show off their skills to coaches, who would usually flock in large numbers to see potential recruits over the summer.

“With all of these tournaments and camps getting cancelled, I just got very stressed and scared because of the confusion,” said junior Grace Nemeroff, who committed to Brown University in September.

This is uncharted territory for both coaches and student athletes. Everyone has been forced to adapt because of the constantly-changing and confusing circumstances caused by the pandemic.

“The whole process moved online,” Nemeroff said. “We had to send emails and videos to coaches and recruiting was based off film much more than normal.”

From my own experience in this year’s recruiting process, producing quality video content and keeping in constant communication with coaches are two key things that led to my recruitment.

Many athletes, including myself, used Twitter to post highlights and training clips. Certain videos garnered thousands of views, including some from college coaches. In a normal year, coaches would not recruit a player based solely on video, but with this being far from a typical recruiting season, there have been exceptions.

Now lacking the opportunities to see players in person, coaches had to resort to offering spots to players that they had never seen live and had only talked to over the phone. With the video and constant communication with coaches, I was able to commit to Davidson College without ever playing in front of their coaching staff.

Advancing to the collegiate level of athletics hinges on one factor above all else — skill. While the pandemic may have cancelled games, many students found ways to use their free time to their advantage, taking part in intense training routines to improve their athletic ability.

Athletes’ training regimens during the quarantine varied from student to student. Some have personal gyms or equipment at their homes while others had to get more creative with their workouts.

“Almost every day, I’d be down in my basement working on reaction drills and using bands to practice save movements,” Daniels said. “I would go on runs every now and then to keep my cardiovascular health up, and some days I would go out shooting with teammates or just would whip tennis balls at my wall and try to save them.”

Nemeroff used her free time to practice at local fields, and later in the summer began training online with Healthy Baller and other local gyms, where Whitman athletes typically go to work out. After buying a set of weights, Nemeroff was able to workout over Zoom with a trainer, which felt just like being at the gym, she said.

Senior swimmer Alec Cooper took a different approach to his training. In order to stay in shape, Cooper invited a number of elite swimmers over to his house to train, including U.S. National team members Phoebe Bacon and Andrew Wilson.

“We trained a couple times per week together,” Cooper said. “It was really cool to meet a bunch of new people and train with the best”.

While Cooper was attempting to improve his times in the water, senior Sophie Monroe, a rower, spent nearly all of her free time training on the water.

“To be honest, I did a lot more than I probably should have over quarantine,” she said.

Monroe would row on a machine almost every morning for 10 kilometers and follow it with either a bodyweight workout or a long bike ride in the afternoon.

With limited ability to practice with her team, Monroe took up sculling — a form of rowing with only one or two rowers — and trained out on the water a few times per week.

“I definitely wouldn’t have picked up sculling if I was with my club team,” she said. “But during quarantine it was nice to be able to get out on the water.”

Despite the massive changes to college recruiting this year, many student athletes were still able to reach their goals of committing to play a sport in college. Numerous Whitman students beat the odds and committed over the summer.

Daniels said that the emotional payoff from committing was a reward in and of itself.

“For a while it didn’t even feel real,” he said. “It was like I could see all of my hard work and countless hours practicing paying off.”

Nemeroff shared Daniels’ feelings of relief after transitioning from a collegiate hopeful to a commit, she said.

Monroe chose to attend Cornell University. When she committed, it felt as if an emotional weight from the months of anxiety had finally been lifted, she said.

“It was pretty stressful seeing a lot of my friends committing to schools and still not being committed myself,” she said. “When I committed I felt really relieved.”

While all student athletes suffered major changes to their summer as a result of the pandemic, some were affected more drastically than others. Students like Alec Cooper, who likely would have already committed in a normal year, haven’t been able to yet as a result of recruitment process alterations and date changes.

Racing athletes such as swimmers and runners solely rely on low times at meets to receive college scholarship offers. The coronavirus pandemic cancelled the overwhelming majority of these meets, all but eliminating the possibility for athletes to improve their times and appear more impressive to recruiters.

“Normally, between junior and senior year, swimmers make huge jumps in their ability and drop a lot of time,” Cooper said. “I know I would have dropped time this summer and been able to get looks from bigger schools, but I never was able to prove it without any meets.”

Limited in-person recruiting and general confusion throughout the pandemic have also made it increasingly challenging for students to choose a school. Narrowing down my own list of schools without meeting face-to-face with coaches or physically visiting facilities made my decision-making process extremely difficult. I ended up taking a chance and committing without ever meeting any of the coaching staff or players in person. My experience wasn’t an isolated event; countless other student athletes have made that same decision — effectively taking a leap of faith.

Adding to this year’s complications, in some sports, college seniors who would have graduated this past spring were able to return for another year of eligibility, creating a potential domino effect on available roster spots in the coming years. The return of certain seniors does not bode well for uncommitted hopefuls like Cooper; in many cases, athletics programs have been forced to decrease incoming class sizes, leaving fewer spots for high school students. In the most dire circumstances, colleges have eased financial burdens by cutting entire sports teams from their athletic departments, leaving their committed athletes stranded.

“I think if it wasn’t for the pandemic, I would’ve gotten more of the looks from big time schools that I wanted,” Cooper said. “Now, I’m stuck between trying to pursue an increasingly more difficult path of swimming in college or instead going to a better fit of a school and not swimming.”

Even in a typical year, thousands of high school athletes must decide between playing sports in college or taking the more traditional, athletics-free route.  Most years, dedicated athletes might not have a second’s hesitation in wanting to play in college, but this year, that apprehensiveness is palpable.

“It’s a decision that could quite literally change my life,” Cooper said.

In a time of relentless uncertainty, the pandemic has stripped many athletes of one commodity that won’t return next season — their futures.