The Black and White • October 15, 2020 • https://theblackandwhite.net/68182/opinion/hey-whitman-progressives-support-joe-biden/ 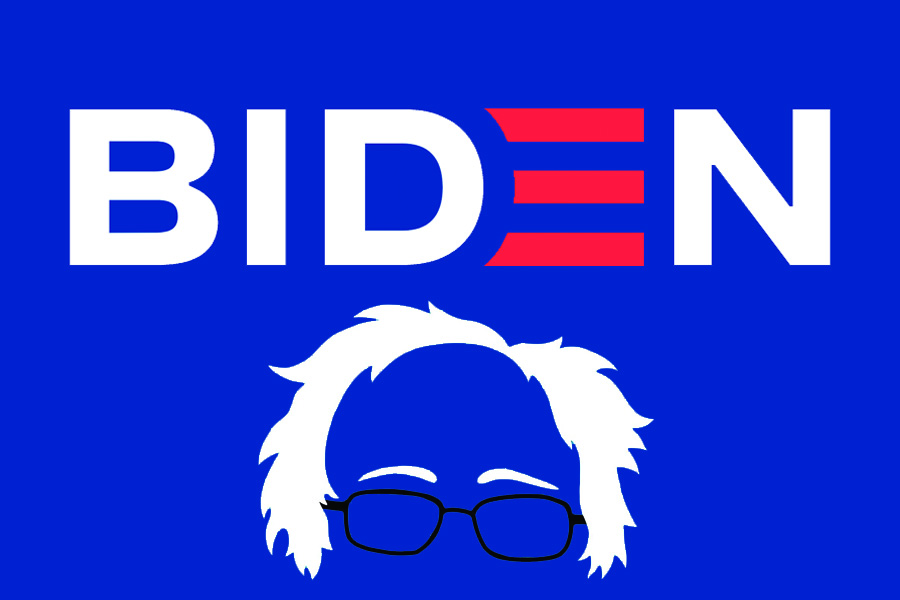 As a progressive, it may not be easy to support Biden, but it should still be done.

Like many progressives at Whitman, I supported Senators Elizabeth Warren and Bernie Sanders in the 2020 Democratic primary. I yearn to see our country become more progressive by establishing policies such as Medicare-for-All, and I thought that either Sanders or Warren would be the most inclined to push those platforms further. Middle-of-the-road candidates like Joe Biden reminded me of what I most disliked about the Democratic Party: how policy often feels controlled by a faction of moderates without any interest in improving our country. So when  Biden won the Democratic nomination, I was disappointed. Not only did Sanders and Warren most strongly represent my views, but I also thought that they stood a better chance of beating Trump. All that being said, I’m now firmly in his camp. The general election is less than a month away, and Joe Biden is the only person standing in the way of a two-term Trump administration. I stand with Biden. You should be doing the same.

However, many progressives at Whitman and around the country don’t feel the same way. An ABC News/Washington Post poll estimates that 15% of Bernie supporters plan on voting for Trump in November, and many others are planning on voting for a third party candidate or not voting at all. Those who do say they support Biden are unenthusiastic about doing so.

With so much on the line, this is unacceptable. Progressives at Whitman should set a model for the rest of the county, state and country by supporting Joe Biden this election.

Progressives will decide this election

Though Biden may currently hold a lead in polls, the outcome is far from certain. A model by FiveThirtyEight gives Trump only a 22% chance of winning the election, but anyone who remembers Trump’s upset in 2016 knows that polls are no guarantee of a Biden victory.

History suggests that a small population of progressives has the power to swing elections. In 2016, 12% of people who voted for Bernie in the Democratic Primary went on to support Trump in the general election. If these voters had instead cast their ballots for Hillary Clinton, she could have won crucial swing state victories in Michigan, Wisconsin and Pennsylvania, given her enough electoral votes to defeat Trump.

And that wasn’t the first time the progressive vote decided an election. In 2000, large swathes of their voters cast ballots for Ralph Nader, a Green Party candidate with no chance of winning.  What’s even more crucial to note is that a large majority of those third party voters  preferred Democrat Al Gore over Republican George Bush. These votes for Nader were enough to cost Gore the election, electing a president who would go on to start two wars in the Middle East.

Us progressives must not let this election become another 2000 or 2016. The harsh reality is only two candidates have a chance to win: Trump and Biden. A vote for a third party candidate or a decision to stay home on November 3 is essentially a vote for Trump, and might cost us a progressive future.

Progressives tend to complain that Biden is a vestige of the “old” Democratic Party. They point out that he is an old, mainstream and moderate Democrat. While he would be the oldest president ever — Biden would be 78 years old when entering office — he would by no means be a moderate. In fact, Biden would be the most progressive person in the Oval Office.

Biden’s agenda includes a detailed coronavirus recovery plan that combines COVID-19 relief, economic recovery and steps toward racial equality. His aggressive climate policy will take real steps to reduce emissions, creating jobs in green technology and getting the US to net 0 carbon emissions by 2035. His healthcare plan would provide for  almost every American, confirming that coverage  is a right not a privilege.

Progressives deserve a lot of credit for pushing Biden to the left. He has now embraced one of Bernie’s flagship policies, the $15 minimum wage. Biden also supports expanding welfare benefits and making community college free. While Biden and Bernie might not see eye to eye on policy, they share the same ideals and values that will ultimately push America in the right direction.

On the other hand, Donald Trump’s presidency has been a train wreck. On climate change, Trump has pulled out of the Paris Climate Accord and relaxed regulations. His disastrous foreign policy (or lack thereof) has facilitated the breakdown of once-strong relationships with allies like Germany and South Korea. He has coddled up to authoritarian leaders like Recep Tayyip Erdoğan of Turkey and Viktor Orban of Hungary. His immigration policy has separated families and locked children in cages. The Trump administration has facilitated the decline of American exceptionalism on the world stage.

Four more years of Trump would spell disaster for progressives and America. Without the United States to lead the world on climate, Trump’s re-election would mean the death of national — and even global — climate change prevention efforts. With a Supreme Court vacancy to fill and three more justices over 70, the next president will likely decide the composition of the court for decades. Under Trump, a new conservative-led Supreme Court would attack abortion and immigrant rights for the foreseeable future. It would become virtually impossible to achieve many of the goals that progressives have fought so long to accomplish.

Yes, even in Maryland

The most common argument I hear from Whitman progressives against supporting Biden goes like this: no matter what undecided progressives do, Biden will win Maryland. They say it goes against their morals to vote for a candidate who they don’t agree with when their votes “don’t matter anyway.”

Even though we live in a solid blue state, the effects of Marylanders’ support extends beyond our borders. It only takes 30 minutes to drive to Virginia and canvass for Biden. It takes even less time to sign up for a “Text for Biden” program. Where we live doesn’t inhibit the ability of progressives to affect the election, and every bit of collective effort can help secure a victory.

We still must vote. In a democracy, it is the duty of citizens to exercise their right to vote. As I’ve said, only two candidates have the power to win the election. The vast majority of progressives believe that Biden is better than Trump. If they see him as a “lesser of two evils,” so be it, but it is worth voting for a “lesser of two evils” if it means preventing Trump’s re-election.

Additionally, high progressive turnout in support of Biden would symbol to the Democratic establishment  that the liberal wing’s support is a crucial part of the party. On the other hand, repeating the 2016 debacle would cement in the party  leader’s minds that progressives are unreliable and that appealing to them is a lost cause.

And while Maryland will almost certainly vote blue, other states might not. When Whitman progressives declare that they don’t support Biden, they effectively tell progressives in other states, ones where Biden’s path to victory is less certain, that voting for a third party candidate or not at all is a reasonable option.

Though Biden would not be the progressive president that I would like him to be, his presidency can put America on the right track. His climate policy would push for decreases in emissions domestically and abroad. His immigration policy would stop the inhumane treatment of undocumented people. But don’t take it from me. Take it from Bernie himself, who has enthusiastically endorsed his “friend Joe” and has declared that it would be “irresponsible” for his supporters not to back Biden. Progressives will decide this election come November 3, and their support for Biden should start here at Whitman.