The Black and White • October 12, 2020 • https://theblackandwhite.net/68164/feature/it-brings-back-the-old-days-where-nothing-really-mattered-whitman-students-crave-nostalgia-over-quarantine/

“It brings back the old days where nothing really mattered”: Whitman students crave nostalgia over quarantine 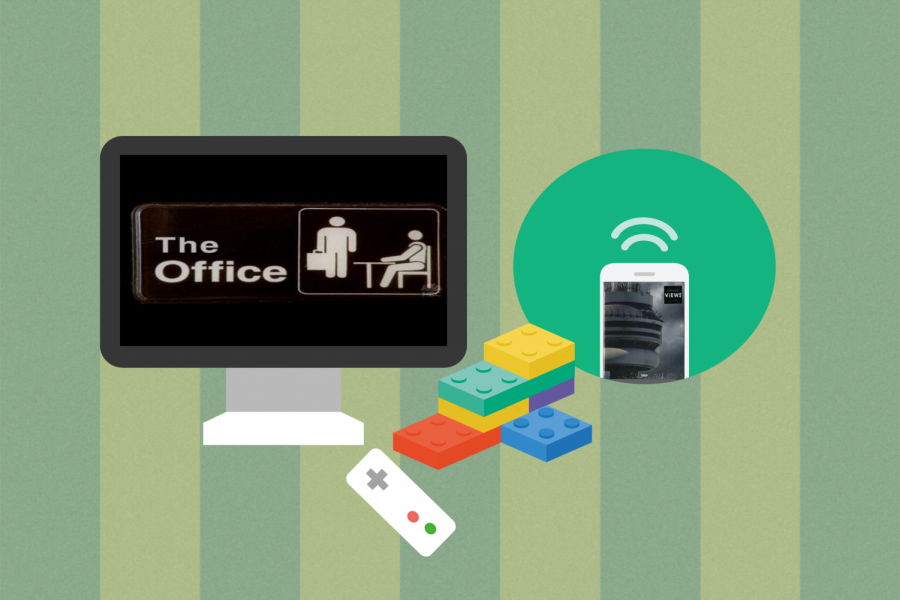 When times have been bleak, Whitman students turn to find comfort in the past.

In the back of Topher Leonard’s bedroom, the echoes of Fall Out Boy pour out of an old radio. The then nine-year-old Leonard sits hunched over at his desk, fixated on his iPad. He’s playing Minecraft, the three-dimensional adventure game that has taken the gaming community by storm. The outside world means absolutely nothing to him; only this virtual reality matters. There, he and his friends embark on epic journeys into the unknown. They build grand structures, mine vast expanses of caverns, and eventually develop their own town, complete with houses and even a courtroom for settling disputes. Armed with only a wooden pickaxe, Leonard decides to venture into a nearby cave, and after some initial exploration and excavation, comes across the most prized in-game material: diamonds. A triumphant smile spreads across his face, his excitement palpable.

“Nothing beats this,” he whispers to himself. Soon, Leonard finds himself immersed in Minecraft’s virtual landscape for the better part of three hours.

Leonard, bored in quarantine, decided it would be fun to return to his former pastime after years of leaving it untouched. While playing the game, Leonard experienced that same elation he had felt as a nine-year-old; the exhilaration of settling new environments, he said.

“That’s all I used to play back in third grade,” Leonard said. “It was really nostalgic going back to it, and I think it was for all my friends too.”

The reminiscent feeling Leonard is describing happens when an individual experiences an idea from an associated period of happiness, causing an overload of sensory emotions to envelop them, psychologist Christopher Ray said.

Over quarantine, Whitman students have shared similar yearnings for nostalgic activities to bring them the same feelings of early childhood.

For junior Valentine Lauwers, revisiting the past meant family bonding time over movies from their childhood. Her family binged the entire Harry Potter series, as well as the entirety of The Lord of the Rings and The Hobbit.

“I spent a lot of time with my sister because she’s leaving for college,” Lauwers said. “It was a great way for us to bond.”

With an abundance of free time during the first few months of quarantine, senior Hailee Swiggett also received a blast from the past, binge-watching several TV shows that she first watched as a student at Pyle.

“I basically went to every show I watched in middle school,” Swiggett said. “I watched The Fosters, Vampire Diaries, Glee, a little bit of Gilmore Girls. I watched Jane the Virgin. Parts of Parks and Rec and Grey’s Anatomy. I did rewatch some of The Office, too.”

One of the shows in particular, Vampire Diaries, has a special place in Swiggett’s heart.

“My family watched it twice during quarantine, and the first time I watched it, I did with my cousin, but then she moved away,” Swiggett said. “Whenever I watch it now, I think of her.”

While some students sat back and watched TV, others discovered nostalgia through actively indulging in old hobbies.

Following the conclusion of last spring’s exam season, senior Greg Garner found himself with little schoolwork to complete. As he searched for a relaxing activity, Garner discovered piles of old Legos laying around which had gone completely unused since elementary school.

“After AP exams, I spent quarantine doing a whole lot of nothing,” Garner said. “It’s nice to rediscover stuff; Legos are freakin’ awesome.”

“If you’re doing spring cleaning where you’re going through all your stuff and you find old pictures and things that were stored away, that can trigger a lot of nostalgia,” he said.

Today, in a time when there is an abundance of uncertainty and stress about the future, nostalgia serves as a comfortable outlet to experience the past for Garner.

“Digging up the old stuff and having that aspect of familiarity is one of the main reasons that people, including myself, like to return to that kind of stuff,” Garner said.

For Lauwers, reminiscing about her past has made her realize the significance of self-reflection and that memories have become an integral part of her identity, she said.

Ray believes wanting to experience nostalgia in the future should be motivation to make memories today.

“Your life is going to continue to change,” Ray said. “You can shoot toward a path, but you have to enjoy that path, and when you enjoy that path, you’ll have more to be nostalgic about in the future.”