The Black and White • September 7, 2020 • https://theblackandwhite.net/67928/news/first-virtual-school-week-brings-community-resilience-optimism/ 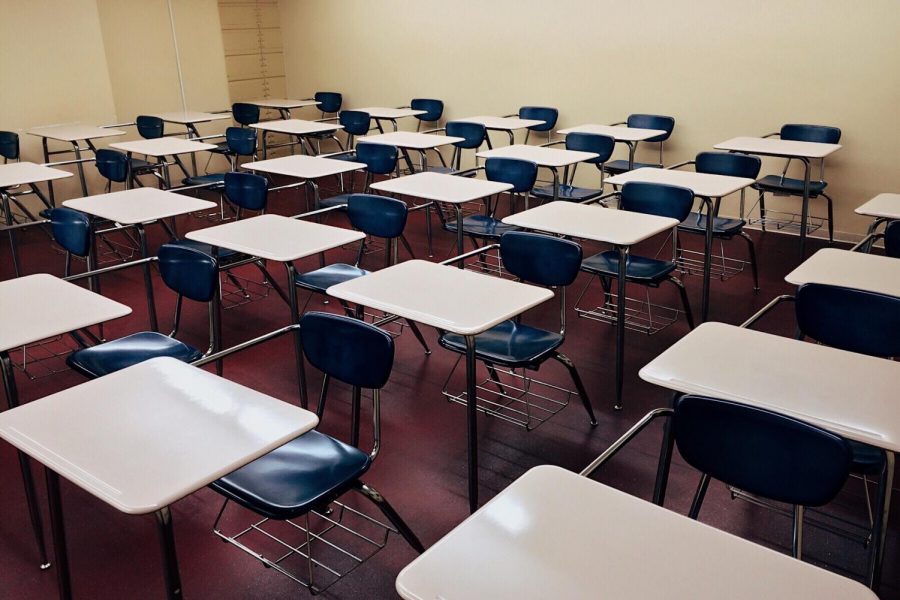 Whitman students and teachers completed the first week of classes virtually in an unprecedented start to the school year.

Although some technology issues presented challenges, staff and students both rallied to adapt to the circumstances.

“Text messages started coming in — all the math teachers have a group chat,” Fantegrossi said. “Anybody having trouble with Canvas? I can’t get into Canvas.”

Assistant principal Kristin Cody had emailed parents a list of teachers’ Zoom information the prior Friday, but students still struggled to access and log into MyMCPS Classroom.

Similarly to Fantegrossi, sophomore Lucas Resnik said he heard people had trouble using the platform, though he noted that the glitch didn’t seem to cause major issues.

“A lot of my friends were texting me and saying it wasn’t working for them,” Resnik said. “I think most people got into their classes on time; it’s just that Canvas wasn’t really loading.”

Technical issues with virtual learning continued throughout the week, with teachers having to simultaneously maintain internet access, host Zoom meetings and assign work via MyMCPS Classroom for their classes.

World history teacher Jacob East faced connectivity problems at home, prompting him to drive to a nearby Panera Bread — a location with better internet — while on Zoom.

“I was just lucky that I was near one when it happened,” East said. “I don’t know how well the internet connection was for the remainder of class, but it was able to continue.”

Although problems like the MyMCPS Classroom lag and WiFi losses briefly hindered learning throughout the first week, senior Marlo Friedland said she remained optimistic. Friedland was in East’s class when he had connectivity issues and said she was awed while he drove to Panera Bread on Tuesday.

“I was really shocked that he did that,” Friedland said. “What he did shows the amount of commitment that teachers at Whitman have toward getting to talk to their students.”

In addition to dealing with the complications returning students faced online, staff also helped freshmen and new students — who have never experienced a school day inside Whitman — adjust to the virtual setting.

Administrators held a student orientation over Zoom the Thursday before school began, which served as an opportunity for new students to get situated with MyMCPS and online learning.

Teachers continued to help students during the first week by delivering work as normally as possible, freshman Talia Berger said.

“They’ve been clear about assignments, like when they’re due,” Berger said. “They’ve been really good about getting us the work we need.”

P.E. teacher Stacey Frederick, whose students are mostly freshmen, applauded the ninth graders’ flexibility during this past week, noting that they did well adapting to both high school and virtual learning.

Although teachers and students weren’t physically together, being able to see each other’s faces on Zoom was a step closer toward replicating the communal feel of in-person learning, East said.

East was initially wary when students logged on to his classes with their cameras off, he said, but when he asked them to turn the cameras on, they didn’t hesitate to comply.

“I didn’t have to beg or plead,” East said. “Within a split second, all of the students turned their cameras on, which was awesome.”

Fantegrossi noted his disappointment at not being able to see his students in person, but expressed optimism for the rest of the semester.

“There’s just kind of a feel that you really are together,” Fantegrossi said. “My dream is that it all works out.”