The Black and White • June 1, 2020 • https://theblackandwhite.net/67739/opinion/seven-for-seven-my-quarantine-journey-of-waking-up-early/

Seven for seven: My quarantine journey of waking up early 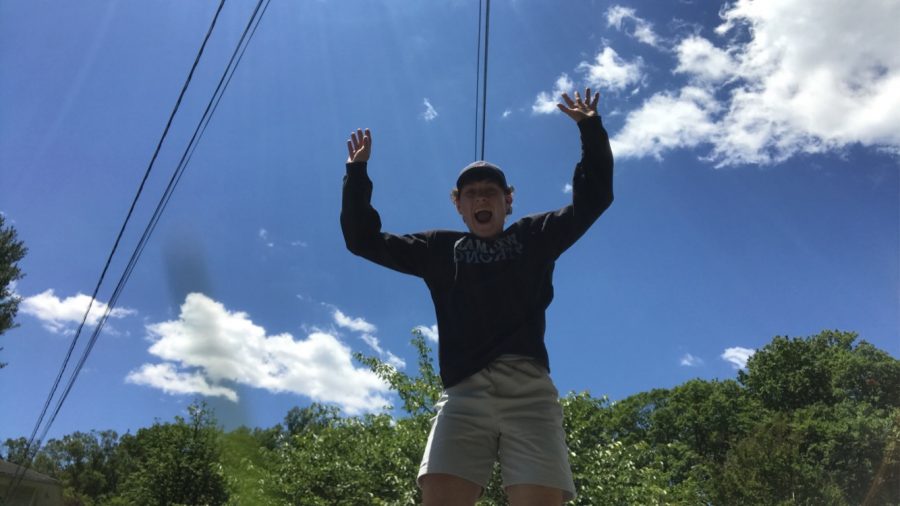 A picture I took on one of my walks. After I started waking up early, I tried to find more activities to make each day seem “normal” again, and going outside was one of them.

My mom entered my room and casually opened my windows Tuesday morning in early April. Although she had been awake for a few hours she was still her energetic and vibrant self. I, on the other hand, had just barely opened my eyes when she walked in. My disoriented self slowly came back to reality, and the first thing I did was check the time on my phone. 10:30. It was 10:30 a.m., and I had just woken up.

That changed, however, when COVID-19 became so prominent in our area that Governor Larry Hogan shut down all Maryland schools and required everyone to stay home. With school and my extracurriculars canceled, I had no idea what I would be doing at home. Although quarantine started just a month ago, I had realized there was one thing I was becoming good at: sleeping in.

Yes, it’s important for teenagers to get enough sleep, but too much of it becomes a problem. According to Sleep Research Society, sleeping too much correlates with decreased productivity. After sleeping in for a few weeks, I realized starting my day late meant I would have to begin my homework in the afternoon. I was ready for a change; I decided that for one week I would wake up before 7 a.m. every day, like I did during the school year. Not only did waking up late bother me, but I believed this challenge would allow me to see the impact of COVID-19 on our lives at home.

While it took me a while to get used to waking up early, I’m proud I went through with it. Before COVID-19, I maintained a daily schedule because of school and my extracurriculars, but without that structure, it was hard to maintain a sense of normalcy at home. I learned, however, that we shouldn’t rely on these commitments to be productive or have a schedule, but rather rely on ourselves and our desire to make the most out of the time we have.

With that said, I still had trouble adjusting to my new routine. There were some days where I woke up at 6 a.m. without a problem and others where I just couldn’t get out of bed until 10 a.m. On the days that I overslept, I shrugged it off and tried to make the most of the day. The days where I was able to wake up on time, however, made the week much more enjoyable: I had more time to do my homework, study for my AP exams and spend time with my family. By Mother’s Day I had finished a majority of my assignments, and I was able to spend the afternoon going on a bike ride with my mom. Another bonus was that I developed a schedule; I spent the morning and early to mid afternoon studying, leaving the rest of the day for free time.

I felt better about myself and became more productive with the extra time I had. I was able to convince myself to go outside once in a while, whether it was sitting outside and enjoying the sun or walking with my family around the neighborhood. This helped me get my mind off of quarantine and schoolwork.

Before COVID-19 put our world on hold, I used to be physically active six times a week. But being at home with no source of motivation and a lack of time due to waking up late, there were days where I just didn’t workout. Once I began solidifying a daily schedule, I mustered the strength to work out. I would feel mentally refreshed and happier afterward, and soon I tried to workout at least once everyday.

Although waking up early was a step towards normalcy, it wasn’t the only thing I did to get back on track during quarantine; I also made it my goal to complete at least three academic assignments each day. These troubling times have affected all of us, whether we see it in our disrupted sleep patterns, unbalanced meals or in the countless hours of binge watching Netflix shows. Quarantine may have taken away our standard routines, but it hasn’t taken away our ability to do the things that make us feel, and seem, normal.