The Black and White • May 23, 2020 • https://theblackandwhite.net/67655/alsoinprint/qa-with-microsoft-director-of-sustainability-michelle-patron/ 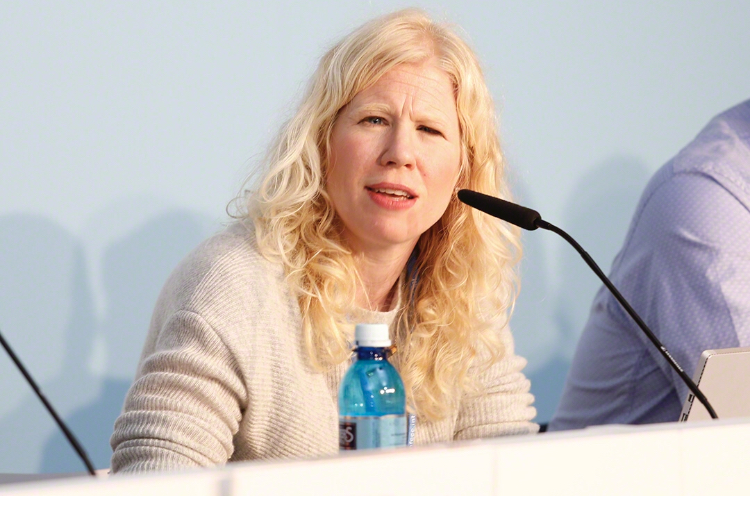 In January, Microsoft announced that it would become carbon-negative by 2030, meaning that annually, they plan to absorb more carbon than they emit. In the same plan, the company announced that it aims to remove more carbon from the atmosphere than it has emitted in all its 45+ years of operation by 2050. Though many companies have informally set a goal for carbon-neutrality, Microsoft is one of the first large corporations to officially set a carbon-negative goal.

The Black & White spoke with Bethesda resident Michelle Patron, Microsoft’s Director of Sustainability. Patron has worked in the energy sector since 1999, and before beginning to work for Microsoft in 2016, she worked as President Obama’s energy adviser. She has also worked for the Department of Energy, PIRA Energy Group — an international energy consulting firm — and the National Security Council.

The Black & White: How did you initially become involved with a career in energy?

Michelle Patron: I’ve worked in energy all my life. Like any career, you just have to just follow your passion and develop useful skills. For me, that was scientific skills, advocacy and marketing skills and trying to identify the organizations that are working in the same stage as you. Networking is also very important.

B&W: Since you began working in energy in 1999, how have attitudes changed toward renewable energy?

MP: The entire world’s perception of energy has changed. The whole conversation of understanding energy usage has changed a lot in the past 10 years. I’ve seen a transition from viewing it as something that was just about economic growth to something that was about really helping us solve these harmful environmental changes.

B&W: Why did Microsoft choose to go carbon-negative?

MP: Microsoft has been active in addressing climate change for many years, but it wasn’t enough. We continue to see developments in science, and the world continues to emit carbon. It’s up to companies like Microsoft to start taking action and showing the world how we can solve these problems. As a big technology provider, it’s also up to us to provide big solutions.

B&W: How will the company achieve this goal?

MP: There are several ways to take control of our carbon footprint. We’re talking about the emission not just from the electricity we use as a company, but also from our supply chain, from our employees, and from our customers. We’re looking at everything and reducing all our carbon emissions.

To become carbon-negative, not only do we have to reduce our carbon emissions, we need to begin actually removing carbon. There are nature-based solutions, like planting more trees that suck up carbon. There are technologies that don’t exist yet or are very expensive, but they can literally suck carbon from the air. They’re called “direct air capture.”

B&W: How can Microsoft acquire these inaccessible carbon capture technologies?

MP: We’ve realized we cannot solve the problem alone; the government needs to play a role in this, and so do other companies and universities. For our part, Microsoft will be launching a billion dollar Innovation Fund, which will invest in technologies that are promising but not yet cost-effective. These technologies have included advanced construction material, mobile technology that can store energy for months and carbon-removing air filters. We will help get these direct air capture technologies out into the market.

B&W: What do you hope are the impacts of the billion dollar Innovation Fund, Microsoft’s investment in up-and-coming green technologies?

MP: That’s not going to be enough to combat climate change. It’s just a drop in the bucket, but if Microsoft does it, other companies will follow and also begin to support carbon capture technologies. We can scale up. Not only will we be setting an example for other companies, but we will be building the market itself. The fact that we have set these goals means that we’re sending a huge signal to the market that we need these technologies. Hopefully, we can spark a market for more green technology.

B&W: Have other large companies addressed their carbon emissions?

MP: Microsoft is one of the early movers here. A lot of companies have begun operating at carbon-neutral. They will buy renewable energy and invest in projects around the world, but they’re only committed to removing an equal amount of carbon they emit. It’s really important, but right now the world really needs carbon-negativity.

B&W: As the director of sustainability, was this policy your idea?

MP: Microsoft’s a very big company, and this project belongs to everybody. Lots of people had very important contributions to it. There’s a sustainability team, and the people on that team, myself included, played a very big role in going carbon-negative. But when you’re part of a company, it’s not about an individual. It’s about different members of the team that work together and get things done.

B&W: What has personally compelled you to push for renewable energy and carbon-negativity?

MP: The science is clear: Over the past year and a half we’ve seen really stark reports coming out that even U.S. agencies are responsible for the rise of carbon emissions. The [climate] attacks are becoming more apparent and the cost of inaction keeps growing. I want Microsoft to have a big role in providing these solutions.