“It sometimes feels like you’re set back in time” 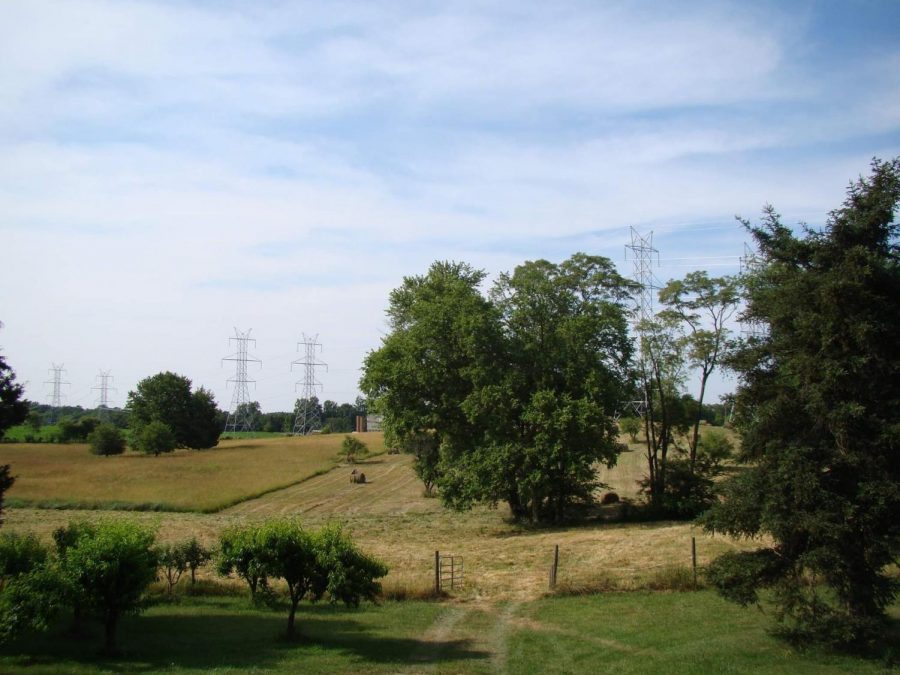 Junior Alexa Maupin and her family own a farm in Darnestown, a rural part of Montgomery County. She enjoys being there because it is where she grew up and it lets her be closer to nature.

While most of her classmates slept in on a Saturday morning last summer, junior Alexa Maupin was hard at work picking berries on her family farm. It was particularly hot and the sun was beating down, but she kept going until she had a full bucket of bright red wineberries, a type of small, wild berry that looks like a raspberry. At the end of the day, she was covered in scratches and cuts from the thorns on the bush.

These types of injuries are typical for Maupin, who works on her family’s farm in Dickerson, a rural part of Montgomery County north of Poolesville, once a week.

“Sometimes I’ll just come into school with cuts down my arms and people are confused,” Maupin said. “It’s just something that comes with working on a farm.”

For Maupin, farming feels natural. She grew up on the farm and lived in the farm house until she was nine. Her backyard was made up of forest and 25 acres of field. Rows of fruit trees provided her family with pears, crabapples and peaches, which she used to make jams and preserves. When she was younger, her family raised horses too. Now, they grow grass and lease out part of the field to their neighbor, who grows soy.

When she moved to Bethesda, however, Maupin felt slightly out of place. Few of her new classmates knew much about the area that she had grown up in, and almost none of them had ever lived on a farm.

“A lot of people in Bethesda don’t really know the more rural parts of Maryland, or even Montgomery County,” Maupin said. “Just 40 minutes down the road can get you from a city like Rockville to farmland.”

Maupin credits the farm with developing her deep love of nature, appreciation for simpler aspects of life and a strong work ethic. But while farming greatly impacted Maupin’s personality, it’s a completely alien thing for her peers.

“Farming is just something really weird for Bethesda kids to think about doing,” Maupin said. “It’s not your typical weekend around here.”

One of the most unique parts about farm life is the reliance neighbors have on each other, Olga Maupin, Alexa’s mom, said. Without help from other farms in the area, it’s incredibly hard to sustain crops.

“Your neighbors are so important on the farm, especially since there are very few of them,” Olga said. “To succeed in farming, you’d better get along with your neighbors and get to know real farmers.”

Despite now living in Bethesda, Alexa loves going back to the farm. It brings her closer to nature, lets her visit her childhood home and gives her a strong community to fall back on. For her, the chance to immerse herself in the rural culture is the biggest appeal.

“It’s a completely different culture,” Alexa said. “It’s not so busy like Bethesda can be. It sometimes feels like you’re set back in time.”