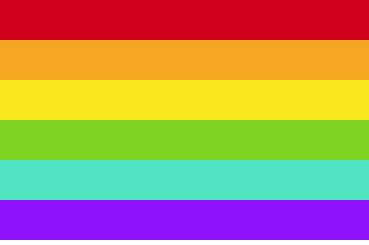 MCPS is piloting an LGBTQ History course in the 2020-21 school year. The class will be the first high school course of its kind in the country.

Ten Montgomery County schools, not including Whitman, will pilot a semester-long LGBTQ studies course during the 2020-21 school year in hopes of establishing a more inclusive curriculum. Chief Academic Officer Dr. Maria Navarro approved the course development November 12, 2019. The Office of Curriculum and Instructional programs, along with teachers and students across the county, have been developing the course since then.

The first unit centers around identity, and it includes terminology, information about how people construct identities and describes identities in different places and times. The second unit is Resistance and Resilience, which focuses on LGBTQ history in the U.S., including the gay liberation movement, the AIDS crisis and LGBTQ subculture. The third unit is culture; it includes “art in all its forms, whether it’s literature, film, music or visual art, about and created by LGBTQ individuals,” Ani said.

For the last unit, each student will choose a contemporary topic, like transgender students in athletics, whether dress codes at school are gender-neutral or LGBTQ rights in different countries, to create an advocacy project around.

This is the first MCPS elective course in the past few years where students helped determine the course content, Ani said.

Whitman Pride Alliance club sponsor Sheryl Freedman thinks the course would benefit both LGBTQ and non-LGBTQ students. She has learned a lot from discussions at Pride meetings, she said.

“[The course] can help open the space for more dialogue about topics that might be challenging for people to talk about, or it could continue to expand the narrative and expand people’s ability to know things more about themselves,” she said.

Montgomery County Pride, a union of LGBTQ students from the county, met with MCPS officials multiple times during the first half of the 2019-20 school year to encourage the creation of the course. Now, they review the course materials and outline.

“I think it’s necessary for both LGBTQ students and their allies to understand the identity and background that comes with being a part of the LGBTQ+ community,” said MoCo Pride president Uma Fox, a sophomore at Richard Montgomery. “I think this kind of course will give us an opportunity to educate students about the humanity of their LGBTQ peers.”

MoCo Pride member Sydney Spottiswood, a Whitman sophomore, contributed to the Resistance and Resilience unit by emailing Ani when she saw the court case Obergefell v. Hodges wasn’t included in the curriculum. During a discussion between MoCo Pride students and teachers developing the course, she also brought up the influence of Western civilization on the global perception of sexuality and gender, which Ani decided to be a topic for a sub-unit, she said.

“By having this class, I think we’re helping people discover things about themselves, and [teaching them] how to be a better ally,” Spottiswood said. “It shows people that we’re here, we’re queer, and not going away anytime soon.”