The Black and White • May 5, 2020 • https://theblackandwhite.net/67559/feature/we-have-bills-to-pay-local-businesses-struggle-during-pandemic/

“We have bills to pay”: Local businesses struggle during pandemic 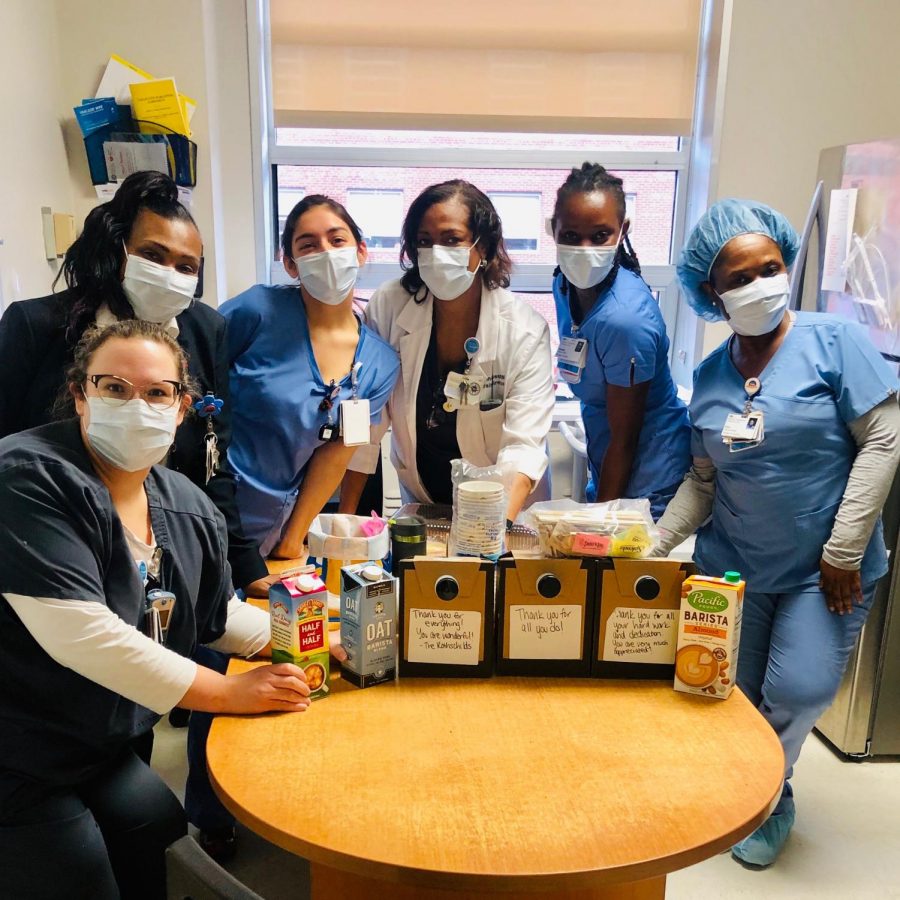 In 2012, a couple of months after Jennie Yu (‘18) and her family moved from upstate New York to Bethesda, her parents bought Firehouse Deli, which Yu describes as being between a convenience store and a small restaurant, from its previous owners. The family-run business has only one other employee outside of the family, and Yu’s parents have “worked every day” to make “the deli an anchor and a pillar of the community,” Yu said.

But, the current COVID-19 outbreak is threatening to take all of that away.

In Maryland, Governor Larry Hogan closed all nonessential businesses March 16, including restaurants, with the exception of carry-out, drive-thru and delivery services. Firehouse Deli, like many other small businesses across the city, state and country, is grappling with the effects of COVID-19.

Due to the virus and the resulting bans on large gatherings, customers have cancelled all of their catering orders from Firehouse Deli, which provide the deli with most of its income, Yu said. The deli also doesn’t deliver, so it’s currently relying solely on curbside pickup. Yu estimates that the deli is making 80% less income than usual.

“One of the most unsettling things has been seeing how much stress my parents have been under,” Yu said. “That’s been off-putting because they’ve always been calm and collected and cool. Seeing [their stress] has reinforced the gravity of the situation for me.”

The outbreak has also led to increased xenophobia and racism against Asians; Yu said she suspects this is part of the reason why business has been declining since late February. One customer was “upset” and asked questions like “Why is she the one making my sandwich?” when they saw Yu’s mother, a Korean immigrant, working, Yu said.

Clove & Cedar, a local coffee shop, has also been struggling as a result of COVID-19.

Clove & Cedar, which Whitman parent Janet Forlini owns, closed on March 16, when Hogan directed all nonessential businesses to close. Even before then, on Saturday March 14, Clove & Cedar was making 20% below usual sales, Forlini said.

“The whole concept [of Clove & Cedar] is a gathering space,” Forlini said. “We have a lot of customers who come on a regular basis, and they know the staff and the staff know their orders. It’s really more about that connection.”

Clove & Cedar, therefore, isn’t easily able to transition to online orders, Forlini said. Customers can order coffee for delivery if they email Clove & Cedar and are within five miles of the store, but there’s no app or other simple ordering method. For now, the coffee shop’s main source of revenue is online gift cards, which are unusable until the shop reopens, and home delivery of cold brew growlers.

One of the most stressful parts of this situation is that there aren’t any experts with answers, Forlini said.

“No one really knows when businesses will be able to reopen,” Forlini said. “We have ongoing bills to pay.”

In the uncertainty of the COVID-19 crisis, the leaders of Jeni’s Splendid Ice Creams, including founder Jeni Britton Bauer, developed a five-stage plan in hours for maintaining safety during the coronavirus.

“We have found that in a crisis, the best thing you can do is accept what’s happening and act as quickly as you can,” Bauer said. “That means planning: good people and good planning.”

Jeni’s Splendid Ice Creams created a buddy system where each employee has someone to check-in on. If an employee gets the virus, Jeni’s will help supply them with food.

Bauer and other restaurant entrepreneurs are giving back through their nonprofit, which feeds hospital workers in Columbus, Ohio — where Bauer is from.

Locally, Clove & Cedar and Firehouse Deli wanted to give back.

Clove & Cedar has donated drip coffee, milk and sugar to hospital employees on the night shift at local hospitals, including Suburban Hospital and Medstar Washington Hospital.

“We wanted to do something, even if it was a small gesture, knowing that for these staff it may be harder than usual to get a cup of coffee,” Forlini said. “They’re extremely busy; they have their protective gear on and can’t take it off in between patients.”

Firehouse Deli donated brown bag lunches to the Glen Echo Fire Department to give back to essential workers, Yu said.

“There’s a lot of people that I knew coming together,” Yu said. “It was a really touching kind of support from the community, and my family and I are so grateful for it.”

Yu wanted to give back to her parents through her GoFundMe. Her parents worked hard and sacrificed a lot for her to attend Barnard College in New York City, she said.

“It sounds really cliche, but I think that there is still kindness. There is still good in the world,” Yu said. “I think we overlook it in everyday life and we forget that it’s there, but when something so unpredictable happens like this, and so many people are affected and struggling, you just have to reach out. And there are people there who are more than happy to help you in any way they can.”