My experience becoming a “gamer” 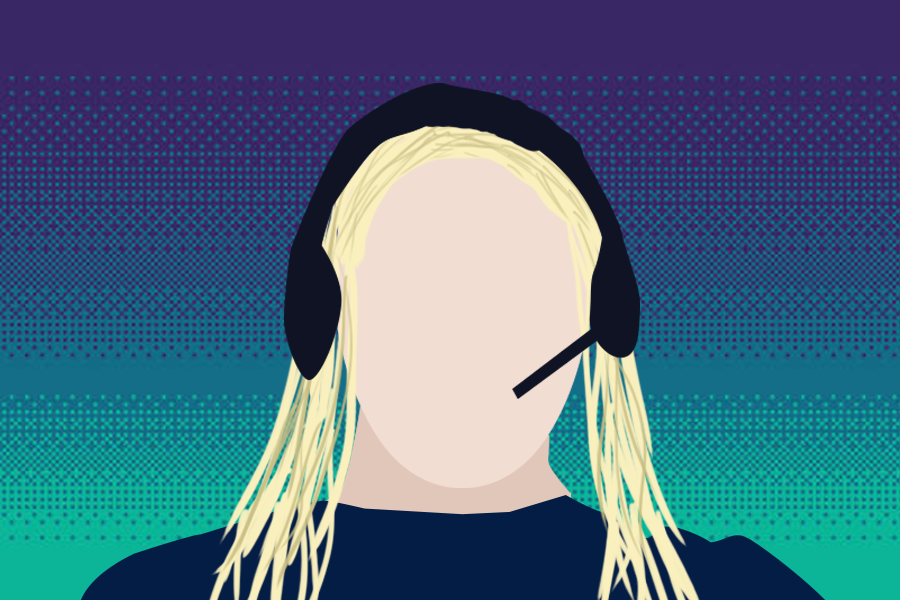 As I’m sitting on the couch playing Fortnite, I question what I’m doing and if I’m even invested in the game at all. I’ve been playing for at least two hours a couple of times a week, trying to get into the groove. The next thing I know, I’m looking up to check the time, and I realize that hours have passed.  My eyes are glued to the screen, hands locked on the controller, and everything around me is a blur. My only focus is on winning the game.

Earlier, I was wondering if I was invested. Now, my answer is a pretty clear and resounding “yes.”

People have pretty polarized opinions about video games. According to the Dana Foundation, gaming can lead to violent behavior and real-world aggression. Proponents of video games, however, argue that playing video games is a fun and relaxing way to relieve stress. Though this stress relief sounds appealing, I’ve just never had a desire to play video games because of the excessive violence and my lack of technological skills — with the exception of my expertise in Wii Sports, which I played obsessively in third grade.

But a couple of nights ago, I was at my friend’s house and we were bored. As we searched her house for something fun to do, we made our way into her brothers’ room; her brothers are 13 and probably play video games for twice the recommended amount of time. For kicks, we decided to join them for a game of Fortnite. Frankly, at least at first, it wasn’t that intense of an experience — I was expecting the rollercoaster of emotions that so many YouTube Fortnite commentators display, but the game was surprisingly not that difficult, and I eventually got the hang of it. But as the game went on, I realized that though it was scary to have random figures fire gunshots at me, it was also kind of exhilarating. Once I finished playing, I realized that my experience was exciting and something I would enjoy doing more often.

To see if I could fit into this world of virtual reality, I decided to play again with a friend who’s extremely enthusiastic about video games — I figured that surrounding myself with his positive, intense energy might boost my experience. We started with Nidhogg, a two-player race where you try to kill your opponent’s character so that you can make it to the finish line first.

As I furiously twiddled my thumbs faster than I ever had before, I began to feel an adrenaline rush that I didn’t know existed. My eyes fixated on the screen; I was completely unaware of what was going on around me. One hour later, I’d beaten my friend in a whopping five out of six rounds — I was victorious.

When I returned home after my triumph, I found myself craving the rush the games had given me, but I didn’t own any of them. Luckily, there’s a Fortnite app, so I downloaded it on my dad’s iPad. After that day, Fortnite had become a priority for me — I chose to build defensive weapons over doing my homework, and even though I wasn’t an expert, I could confidently say that the game was diverting my attention away from other things. Although I wouldn’t consider myself to have been addicted to video games, it was becoming an issue that I played so often. I even downloaded Fortnite on my own phone so I could play it more.

Fortnite had begun to take over my life. I was experiencing what ABC News calls “gaming disorder” — prioritizing gaming over all other interests and daily activities. I played video games instead of studying for my tests, and occasionally, I wouldn’t do my homework until late at night, if at all.

When I finally realized this, I decided to delete Fortnite from my phone so that I can only play when I have access to my dad’s iPad. I still like gaming, but I know I have to be careful and play in moderation.

Gaming isn’t for everyone, but for anyone looking for a new hobby to bring some excitement into their lives, I’d recommend picking up the controller. You’d be surprised by how invested you’ll become and how badly you’ll want the thrill of battling other characters and surviving as long as possible. Just remember to maintain balance and structure in your life. Gaming is definitely fun, but it’s certainly not a priority.