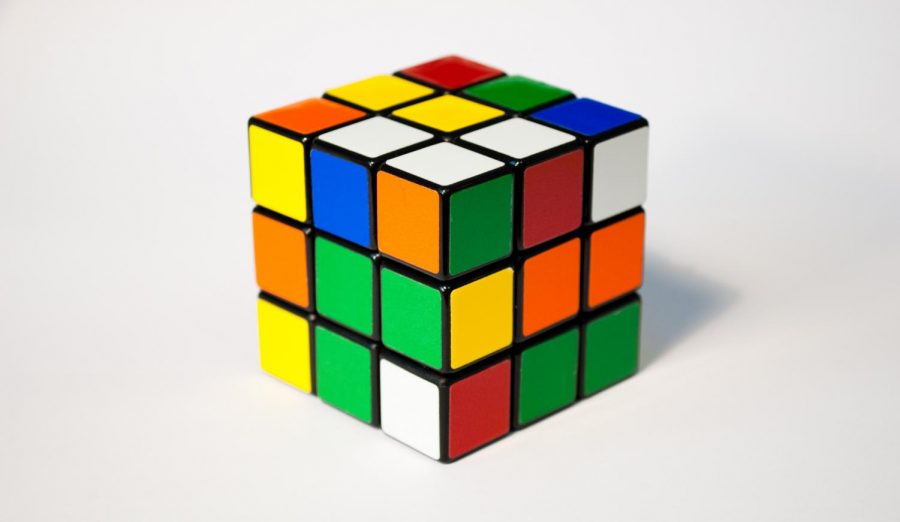 I tried solving a Rubik's cube in one week, but it was harder than it looks.

When my brother was in middle school, he loved solving Rubik’s Cubes — he’d spend hours on the computer watching videos about how to manipulate the colorful squares. At his fastest, he could complete one in under a minute.

Sometimes, when I was bored, I’d try my hand, but thirteen-year-old me never had the attention span to work on it for more than a couple of minutes. There were too many steps, and anytime my brother tried teaching me, I got frustrated and gave up.

A few weeks ago, though, I remembered my past failures and had the urge, once again, to solve a Rubik’s cube.

I searched my house to see if I could find my brother’s old cube, but I had no such luck — I was going to have to buy a new one. I went on Amazon and looked through dozens of cubes, finally settling on the perfect one: the D-FantiX Moyu Aolong V2 3×3 Speed Cube. (And yes, it did cost $15 — but if I was going to buy a Rubik’s cube, it might as well be of high quality.)

My adventures began with a control test. I would start by trying to solve a Rubik’s cube without looking online. So, I sat at my desk, set my timer and went to work.

After a painfully long attempt, I finally gave up. I looked up at the timer expecting to see a time in the one to two-hour range. I checked the time: eight minutes and 22 seconds — not bad, but I’d only solved one side of the cube. With one side of the cube complete, I took a shot at the second side; this time with less success— I was completely stuck. To say I was disappointed would be an understatement — I felt defeated and frustrated. Realizing I had no idea where to go from there, I decided that I was going to need some help.

I figured the first step toward solving a Rubik’s Cube was to try and understand the basics of the cube. I did some quick research on the Rubik’s Cube itself and found that a standard 3×3 Rubik’s Cube has 43 quintillion possible permutations.

This information freaked me out — how was I going to learn to solve a Rubik’s cube with a seemingly infinite number of combinations?

The answer: Rubik’s Cube algorithms. To solve Rubik’s Cubes, cubers use algorithms,  which are specific operations that reorient the cube’s pieces in a certain way, making the process of solving a cube significantly faster.

I sat down and talked with senior Rony Stephan, who at his fastest could solve a Rubik’s cube in 35 seconds. Stephan told me that without using an algorithm, it would be nearly impossible for me to complete a cube; however, once I memorized the algorithms, I could learn pretty quickly. According to Stephan, the key to getting good was to practice whenever I had the chance.

Now, I just had to set a goal for myself. Stephan thought that given my time constraint of one week and my inexperience with Rubik’s Cubes, solving a Rubik’s cube in under 5 minutes was a reasonable goal. I felt like 15 minutes seemed more plausible, so I compromised and settled on 10 minutes.

First, I scoured Youtube in search of a Rubik’s cube tutorial. There were hundreds of videos, all following the same general concept: solve one step, master it, and move on to the next. I settled on a six-part video, hoping that I’d be able to master about one step a day.

The first step, the white cross — forming a cross pattern using the white face — didn’t take me long to figure out. It was definitely tricky at first, but after practicing it a couple of times, I could get it pretty quickly. Energized from my success, I felt confident I was well on my way to solving the cube.

But the further I got along, the steps grew harder, and I kept getting stuck and messing up. It was almost impossible to backtrack, so every time I made a mistake, I had to completely start over.

My struggles were valid — as you get further along in the solving process, mistakes become harder to correct, Rubik’s cube fanatic Aiden Williams, a freshman, said.

Williams lives and breathes Rubik’s cubes; he owns 12 cubes and practices about five hours a day. Sensing I was approaching a roadblock, I decided to turn to him for advice.

Aiden told me that a big part of solving Rubik’s cubes is memorization. He admitted that at a certain point in the solving process, he begins relying almost entirely on muscle memory. The only way to solve a cube quickly is to have each move completely burned into your memory.

Determined to improve, I started taking my Rubik’s cube with me everywhere I went. I figured the only way to improve my muscle memory was to practice as much as possible, so I started practicing everywhere. I even started practicing in school, taking my cube out whenever I had a spare minute, ignoring the confused looks from my classmates in favor of completing my mission.

At first, I felt disappointed. I’d put in so much time and effort, but I’d failed. Sure, I’d made some progress, but there’s nothing really cool about being able to solve half a Rubik’s cube.

As I sulked in defeat, I wondered where in the process I went wrong. Everyone I’d talked to seemed so confident that I’d be able to do it — was I really that incompetent? But it’s not just me — solving a Rubik’s cube is actually really hard.

According to mathematicians, solving a cube is considered NP complete. In simple terms, this means Rubik’s cubes are extremely difficult to solve mathematically. It even took Erno Rubik, the inventor of the cube, a month to solve his own cube.

This mix of mathematical difficulty and perceived simplicity is what makes the Rubik’s cube so interesting. While solving a Rubik’s cube requires a lot of practice and memorization, it’s also a skill that anyone with an abundance — and I mean, like a ton — of dedication and practice can pick up. Unlike most math puzzles, anyone can solve a Rubik’s cube, regardless of math knowledge or age, in fact; there are kids as young as three years old who can solve them. When solving a Rubik’s cube, most people are completely unaware of how intricate it actually is because it just feels like playing a game. It just takes a lot of time, patience, and practice.

Even though I didn’t solve the cube in under ten minutes, solving a Rubik’s cube still seems like a goal that’s in reach. I know that if I’m willing to put in enough effort, I’ll eventually be able to solve one — even if I’m no 35-second solver.