The Black and White • March 17, 2020 • https://theblackandwhite.net/67412/news/hogan-institutes-aggressive-measures-college-board-and-act-cancel-sat-and-act-exams-in-response-to-the-covid-19-pandemic/

Hogan institutes aggressive measures, College Board and ACT cancel SAT and ACT exams in response to the COVID-19 pandemic 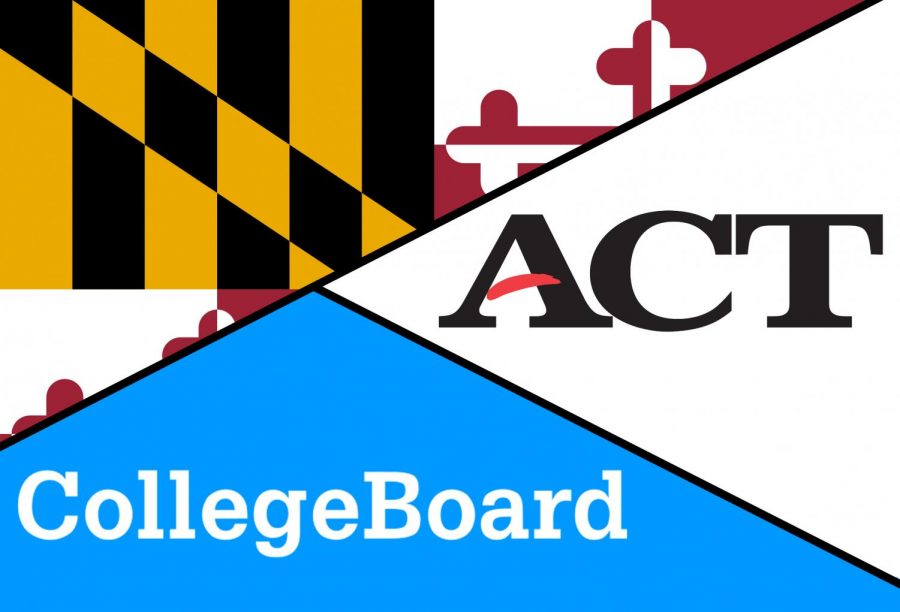 Governor Larry Hogan ordered all restaurants, bars, gyms, spas and theatres to close March 16. Both the College Board and ACT Inc. also announced March 16 that they’re canceling test dates for the SAT and ACT, respectively.

By Anna Yuan and Taylor Haber

In response to the COVID-19 pandemic, Governor Larry Hogan ordered all restaurants, bars, gyms, spas and theatres to close March 16. Additionally, Hogan has postponed the April 28 Maryland Primary date until June 2, the last possible date that still complies with DNC rules. Both the College Board and ACT Inc. also announced March 16 that they’re canceling test dates for the SAT and ACT, respectively.
Maryland
Having already banned events of over 250 people March 12, Hogan announced March 16 that all events — including those for religious, social or recreational purposes, with the exception of daily operations of schools, businesses and higher learning institutions — with more than 50 people for the next eight weeks are now prohibited. This updated measure follows the Centers for Disease Control and Prevention’s March 15 recommendation for large gatherings.

Though Hogan ordered all restaurants in Maryland to close, carry-out, drive-thru and delivery services may still continue.

“We have never faced anything like this ever before,” Hogan said during a March 16 press conference. “Far too many people have chosen to continue crowding bars and restaurants, willingly putting the health and safety of others in grave danger. Decision-makers at the federal, state and local levels are going to have to take drastic actions right now that may seem scary and may sound extreme.”

As of March 17, Maryland has 57 confirmed cases of COVID-19, 24 of which are in Montgomery County.

Hogan has also directed the Maryland Department of Health to work with healthcare providers across the state to reopen closed hospital facilities; in doing so, he hopes to increase Maryland’s current capacity of around 9,000 hospital beds by an additional 6,000 beds. The Maryland Secretary of Health Robert Neall activated the Maryland Responds Medical Reserve Corps, a trained force of 5,000 volunteers to aid in fighting COVID-19 March 16.

To ensure that all residents continue to have access to electricity, water, sewage, phone, cable TV and internet services, Hogan has prevented utility companies from shutting off service for the time being.

State officials met with superintendents of all 24 Maryland public school counties March 16 to discuss preparation for a “potential prolonged period” of school closures, said State Superintendent of Schools Karen Salmon during the press conference. As of March 17, MCPS has not released any further information regarding online schooling or make-up days.

“The reason that I closed schools for two weeks was to give us some time to assess the situation,” Salmon said.

The Montgomery County Department of Transportation suspended fares for all Ride On services beginning March 16. Through this measure, MDOT aims to ensure that all students can access one of MCPS’ 20 sites where volunteers are distributing breakfast and lunch to any student 18 or under Monday through Friday from 11 a.m. to 1 p.m..

Across the state, vehicle inspection stations will be closed and converted into drive-through testing sites, Hogan said during his press conference.

“We’re all in this together,” Hogan said. “It doesn’t matter if people are Democrats or Republicans or if they’re at the federal level or state level or local government; every one of us has to work together in this crisis to save the lives of Americans.”
Testing companies: The College Board and ACT respond to the COVID-19 outbreak
The College Board released a public statement March 16 explaining that it won’t administer the May 2 SAT, nor its March 28 makeup date for the March 12 test.

ACT Inc. also announced March 16 that it will delay its previously scheduled April 4 until June 13. ACT Inc. has not released any information as to whether they will accommodate students registered for the canceled April test.

Junior Gideon Helf has been studying for the April ACT for the past month. With the test now pushed to June, Helf is frustrated that he has to study for two additional months, he said.

Junior Hailee Swiggett, who works as a lifeguard and a tutor over the summer, was planning on taking the ACT twice, first in April and then in June. With the exam schedule moving her second ACT into July, Swiggett is worried about being ill-prepared on test day.

As testing companies begin to delay or cancel exams scheduled in April, the College Board has begun looking ahead to May, when they typically administer Advanced Placement exams.

This year, AP testing is scheduled for the weeks of May 4 and May 11. The College Board has started developing out-of-classroom testing methods for AP exams, including “a solution that would allow students to test at home,” the College Board website said. More information on the subject will be available in the College Board’s March 20 press release.

For more information on the COVID-19 pandemic, please refer to these resources:

Centers for Disease Control and Prevention