Can I steal for you a sec?

What you can gain from watching ABC's “The Bachelor" 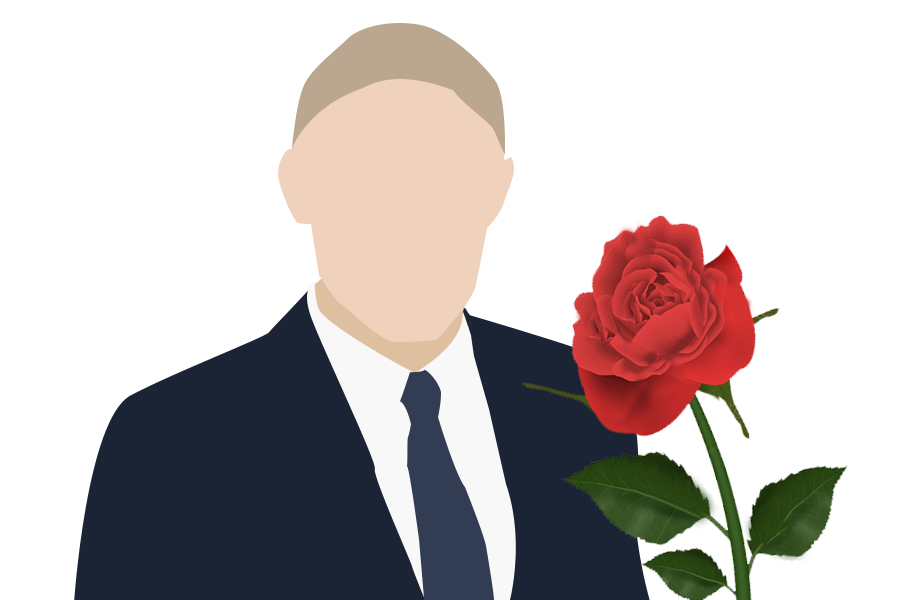 "The Bachelor" may seem like it's just a reality television show, but there's so much we can learn from it.

When I asked my parents if I could watch “The Bachelor” during my freshman year, their answer was an immediate and definitive no. They believed the show promoted promiscuity and toxic masculinity; they wanted to shelter me from that kind of negative influence. Little did they know, I didn’t need to watch reality TV to understand how it feels to fall for a guy who was talking to 30 other girls.

Though I ignored their advice and watched the show anyway, I have to admit that my parents had a point. It’s hard to spin the premise of 30 women fighting over the affection of one guy to be in any way a positive model of relationships for young viewers — but this is exactly why teenagers should watch the show.

It’s true — the more ridiculous the drama, the more airtime the producers devote to it, which explains why three of this season’s episodes revolved solely around somebody drinking someone else’s champagne. But, thanks to the producers’  meddling and meticulous editing, the contestants who incite the drama come off as unstable, conflict seeking “clout-chasers.” None of the contestants like the girls who spread rumors and lie to the Bachelor and neither does the show’s audience. “The Bachelor” doesn’t glamorize attention seekers and pot stirrers; it villanizes them.

By bringing out the worst in people and, arguably, attracting some contestants that enjoy a dose of drama, the show actually provides useful insight about approaching conflicts. The girls who remain level-headed during challenging situations and avoid catty disputes with their competitors quickly become fan favorites.

Overall, the Bachelor franchise hits the sweet spot between relatable and outrageous. The scenarios in the show are too corny and overdone to hit close to home but are simultaneously realistic enough to invite a healthy dose of self-reflection. As an avid fan of “The Bachelor” — and all of its spinoffs — I’ve picked up on a couple of lessons from the show that have shaped the way I approach drama in my own life. Here are a few:

First and foremost, if you have a problem with someone, take it up with them directly. On every season of “The Bachelor” without fail, one of the contestants goes behind another contestant back and complains to the Bachelor himself. In most cases, a misunderstanding — that contestants could have solved with a 15 minute face-to-face conversation quickly — escalates to an episode’s worth of “he-said, she-said” jabs. Regardless of whether or not the complaints are valid or complete fabrications, the scenario often ends with either one or both of the girls involved getting eliminated. The takeaway is clear — the more people involved in drama, the messier it gets. Issues are best resolved through direct communication.

While watching the show, it’s easy to rewind and spot the subtle behaviors that tend to spark drama, especially with an objective outside perspective. Contestants — and viewers — can often trace manipulative comments, planted seeds of doubt and meddling rumors back to one person. Eventually, once the rest of the house figures out who the one person responsible for all of the discord, that contestant usually doesn’t last long on the show after that. Clearly, pulling others down to get ahead will only take you so far. To create a foundation for success and happiness, we need to build people up, not tear them down.

Drama in the “The Bachelor” mansion also comes from the endless witch hunt for competitors who may be hiding selfish ulterior motives. In some cases, girls in the house pick up on red flags that the bachelor doesn’t notice. On the last season of “The Bachelorette,” the men in the house unanimously warned bachelorette Hannah Brown about contestant Luke Parker. For weeks, Hannah kept Luke P. on the show despite him being the root of every conflict between the men. Near the end of the season, Hannah finally saw the manipulative and controlling side of Luke P. that everyone had been telling her about, and she immediately sent him home. There’s a critical difference between hearing one person gossip and having multiple people voicing their concerns about somebody or a situation.

Some may argue that using women’s public humiliation as entertainment, even if it teaches us lessons, is misogynistic and therefore harmful to young viewers. But keep in mind that the Bachelor himself isn’t necessarily put on a pedestal; the producers tear him apart as well. It’s true that the producers record every breakdown and catty dispute between the girls, and that the scenes are edited to make many of the girls in the house come off as unstable and immature.

But, arguably, the producers have painted this season’s Bachelor, pilot Peter Webber, in an even less attractive light than the contestants.

Peter comes off as a wishy-washy, confused, lost puppy who drools over any girl that will cry over him. I doubt many people would feel comfortable getting into a plane with him in the cockpit after watching his inability to make a decision for himself. Nobody, especially not the Bachelor, is safe from the crafty editing that makes the show so outrageous and addictive.

Between the “Can I steal you for a sec,” “I definitely see my wife in this room” and “I’m falling for two different people,” there are lessons that are both valuable and entertaining to watch.