The Black and White • March 11, 2020 • https://theblackandwhite.net/67338/sports/caps-fans-alex-ovechkin-is-on-his-way-to-becoming-the-greatest-goal-scorer-in-nhl-history/

Caps fans: Alex Ovechkin is on his way to becoming the greatest goal scorer in NHL history 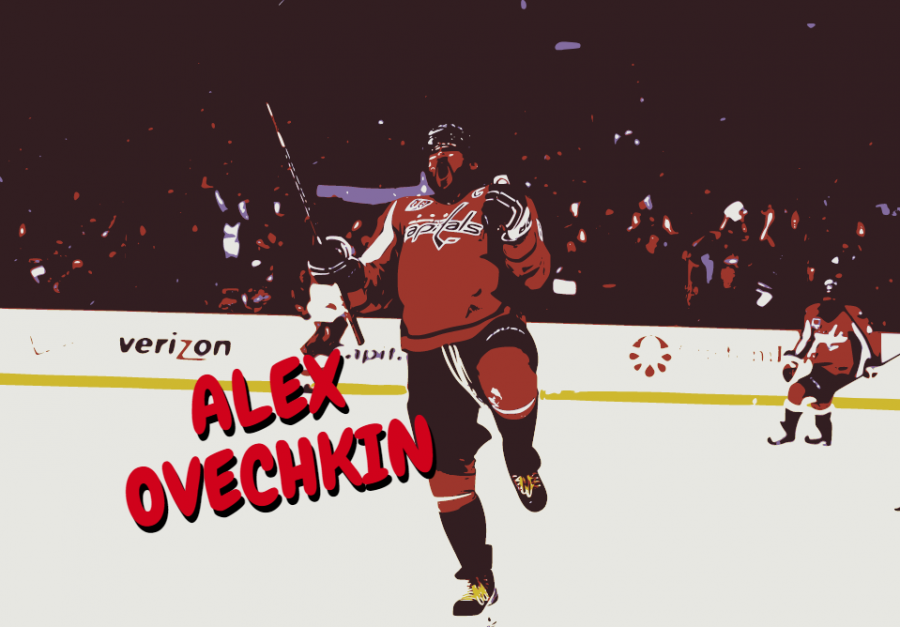 When Washington Capitals captain Alex Ovechkin received a pass from a falling Evgeny Kuznetzov against the New Jersey Devils Feb. 22, he didn’t hesitate. Ovechkin rifled a one-timer that ricocheted off the crossbar into the goal to tie the game up at two apiece.

But this wasn’t just any ordinary goal. This was Ovechkin’s 700th career goal. The Prudential Center erupted in a deafening roar as even the majority Devils supporters cheered –– they had witnessed the second youngest NHL player ever to reach 700 goals.

The rest of the Caps players poured out onto the ice and huddled around Ovechkin to congratulate him on yet another milestone. This accomplishment sent a realization to not only Caps fans, but to hockey fans across the world: Ovechkin is on his way to becoming the greatest goal scorer in NHL history.

When Wayne Gretsky announced his retirement from the NHL in 1999, nobody thought another player could break his record goal mark. Gretsky, who many consider the best hockey player to ever step foot on the ice, tallied 894 goals throughout his spectacular career. But when Ovechkin netted his 700th against the Devils, 894 became just another number that’s looking like a possibility for him.

Frequently scoring 40 to 50 goals per year, Ovechkin is on pace to break Gretsky’s goal mark. Despite his aging looks, he shows no signs of slowing down. However, there are many “what ifs,” with the biggest being the possibility of injuries. Ovechkin has never really struggled with injuries in the past, but getting hit almost every night can definitely exhaust any athlete’s body.

And age really isn’t just a number when it comes to physical fitness –– a lot of people wonder if scoring 200 goals past the age of 35 is even possible. In NHL history, only four other players have been able to do so: Gordie Howe, John Bucyk, Teemu Selanne and Mark Messier. To surpass Gretsky, Ovechkin would have to average 40 goals in each of the next five seasons, but he’s only failed to do so three times throughout his 15-year career.

It’s clear that if Ovechkin can stay healthy and keep on netting goals, he could dethrone Gretsky’s top-spot on the goal-scoring list. But the only obstacle standing in the way of Ovechkin is the Great 8 himself. If Ovechkin can continue to find ways to get the puck past the goalie for the next five years, no one is stopping him from reaching 895.

As a Caps fan, it’ll be exciting to see if Ovechkin can catch Gretzky. Every time I watch Ovechkin on TV or in the seats at Capital One Arena, I’m in awe of how easy he makes it look to consistently make veteran goaltenders look like rookies. There’s no stopping Ovechkin today, but the real question is whether opposing defenses will be able to stop him from becoming the greatest goal scorer of all time. Ovechkin’s determination has never slowed down in his career, and it doesn’t look like it’ll stop anytime soon.