The Black and White • February 13, 2020 • https://theblackandwhite.net/67112/opinion/nineties-sitcoms-are-outdated-thats-no-reason-to-cancel-them/

Nineties sitcoms are outdated — that’s no reason to “cancel” them 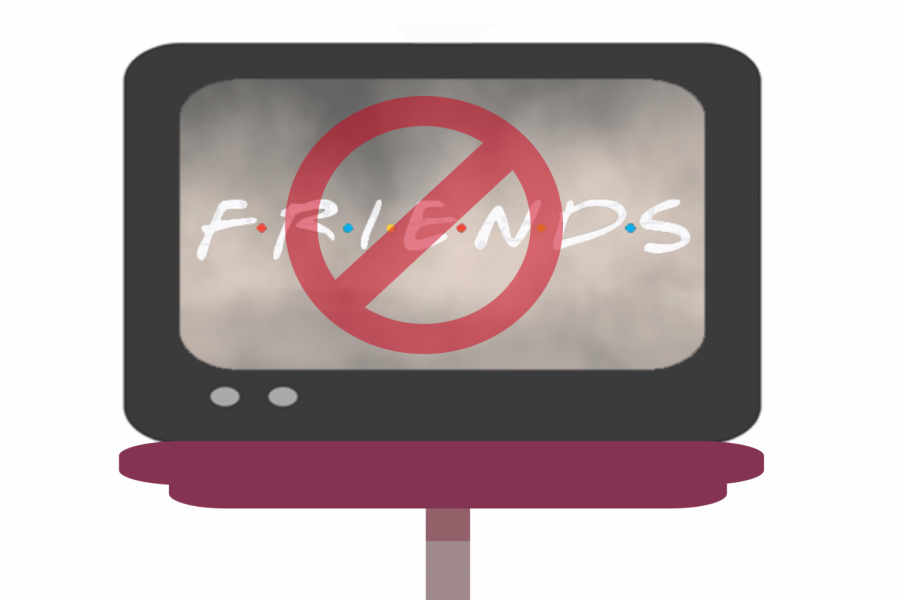 Whether I’m complimenting someone’s Rachel Green-esque outfit or giving my friends Ron Swanson life advice to fix their problems, I constantly reference sitcoms in my daily conversations. Sometimes, my friends don’t understand my references, but since Netflix added “Friends” to its lengthy list of streamable shows in 2015, not only have my peers caught on to my excessive references, but the show’s jokes have also appeared in pop culture and conversations all around me.

However, while rewatching “Friends” along with other shows from that era such as “Gilmore Girls” and “Seinfeld,” I’ve noticed that many of the jokes haven’t aged well in 2020.

I couldn’t help but notice the obvious themes of racial stereotyping, body-shaming, homophobia and toxic masculinity in these shows. From homohphobic jokes and one-dimensional LGBTQ characters in “Friends,” to body shaming in “Gilmore Girls,” to cultural intolerance in “Seinfeld,” rewatching these classics can be uncomfortable in an era where political correctness is the norm.

Though these jokes are no doubt offensive, and we should definitely be conscious of negative stereotyping in characters, it’s still okay to watch — and like — these classic sitcoms from the 90s and early 2000s.

Many people argue that “outdated” TV shows and movies should be “cancelled,” but I think that we can learn from them. Yes, I cringe when the writers portray Carol in “Friends” as just “Ross’ lesbian ex-wife” and when Rory calls a dancer “a hippo” in her review of a ballet for her college newspaper in “Gilmore Girls”, but we can still value the nostaligia and overall comedic voices of these classics. Watching shows like these doesn’t mean we support every joke; it means that the characters and premise of the show entertain us.

Personally, I avoid the episodes of “Friends” with Chandler’s transgender father because the ignorance and offensive jokes are, to me, unbearable. But these unfunny jokes aren’t a reason to completely “cancel” the show; most episodes aren’t problematic.

By seeing how these shows portrayed these topics in the past, not only can we better understand how far we’ve come in terms of political correctness and inclusivity, but we can also recognize how far we still have to go as a society.

Unfortunately, political incorrectness in TV shows isn’t completely isolated to just the 90s and early 2000s; in the 2016 revival of “Gilmore Girls” — “Gilmore Girls: A Day in the Life” — Rory and Lorelai fat shame people at their local pool. But in general, TV networks and streaming services like Netflix have come a long way in creating content that aims at including multidimensional-characters from historically marginalized backgrounds, including “Master of None,” “Dear White People ̈ and “’Euphoria”.

If we can recognize the offensive jokes in old TV shows— and accept that they aren’t welcome in the 2020s — then we can still enjoy the nostalgia of 90s TV shows. We can still laugh at Joey getting his head stuck in a turkey in “Friends” and debate which of Rory’s boyfriends are the best in “Gilmore Girls,” but all audiences should be prepared for a few uncomfortable moments the next time they decide to watch a “nostalgic” 90s and early 2000s TV show.