The Black and White • February 12, 2020 • https://theblackandwhite.net/67079/feature/seniors-make-their-mark-on-the-diving-boards/

Seniors make their mark on the diving boards 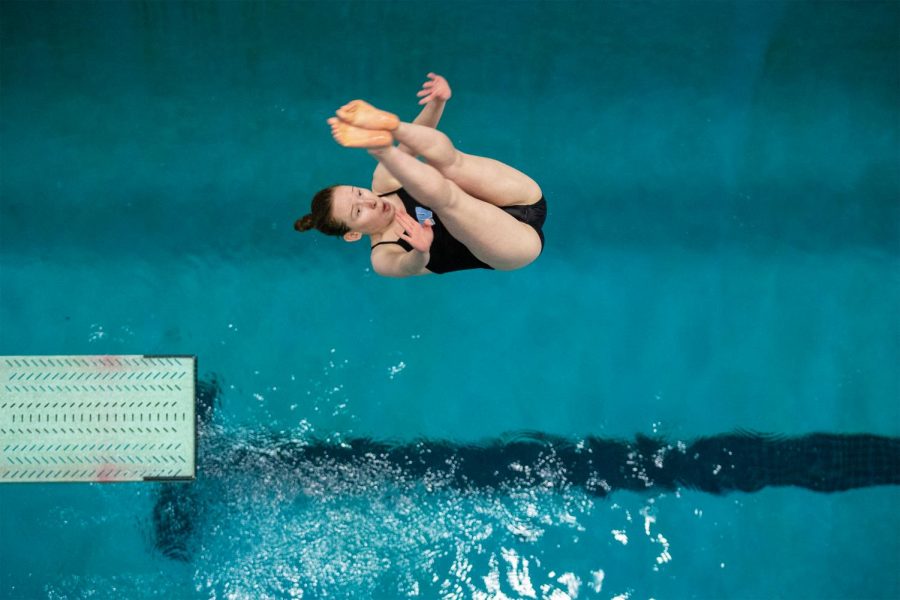 Senior Hannah Donner mid-dive. Donner has been diving since she was nine, diving for her summer team.

By Matt Mande and Andrew Eagle

Senior Hannah Donner began diving when she was nine for her summer team. Senior Liam Gilbert-Lawrence took a similar path, starting when he was 12, also for his summer team. Since then, both Donner and Gilbert-Lawrence have joined the Whitman Swim & Dive team, racking up hundreds of points for both the girls’ and boys’ sides, respectively. Both have also gone through the recruiting process and plan to dive in college.