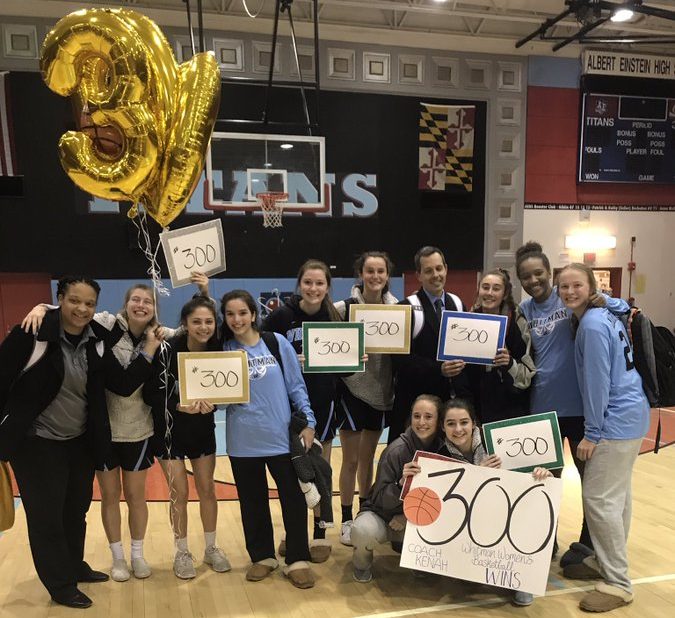 The game began ideally for the Vikes. They played stifling defense and shot lights-out on offense. At the end of the first quarter, the Vikes held a 12–3 lead.

Their assertive play continued into the second quarter. At one point, they were up 18–3. Eventually, the Titans narrowed their large deficit, scoring 11 points in the quarter. At halftime, the Vikes led 30–14.

Even with a comfortable lead, the Vikes’ momentum soared through the third quarter. Their defense resurged after a less intense second quarter, holding the Titans to just 5 points while their offense put up 18 points. The score entering the final quarter of regulation was 48–19.

Their lead proved unconquerable for the Titans, though they made a last-ditch comeback effort in the fourth quarter — putting up 21 points and holding the Vikes to 11. The final score was 59–40.

Coach Kenah said he was very proud of the win, and hopes the Vikes’ seventh win of the season becomes a catalyst as the team enters “rivalry week” — a week during which the Vikes have matchups against the Walter Johnson Wildcats (6–6) and the Churchill Bulldogs (11–1).

A few memories in between the 300 wins stick out to Kenah — beating B-CC on a buzzer-beater his first game as a coach, going to former players’ weddings and, most memorably, the Vikes’ 2016 State Championship win.

School athletic departments only put up the years that school teams make the state finals on the team banners in the main gym. The girls basketball team, who made the state semi-finals in 2015, were upset not to receive the recognition they felt they deserved that season.

The following year, the team celebrated after making the state finals, but in Kenah’s mind, he was already preparing for the next game. His preparation paid off and the team clinched their championship win with a 71–55 win over the Western Doves, cementing his legacy with a “2016” proudly printed on the girls basketball banner in the Whitman gym.

“You have 150 students as a teacher, and that’s tremendous,” he said, “but when you have 10-12 girls for basketball and you’re in these highly stressful and fun situations, you get to know them on a different level. It’s just been really great to bring the community together.”

Coach Kenah and the girls basketball team will fight against Walter Johnson for his 301st win Tuesday at WJ at 7:15 p.m.