The Black and White • December 24, 2019 • https://theblackandwhite.net/66634/opinion/art-museums-should-feature-more-work-from-female-artists/ 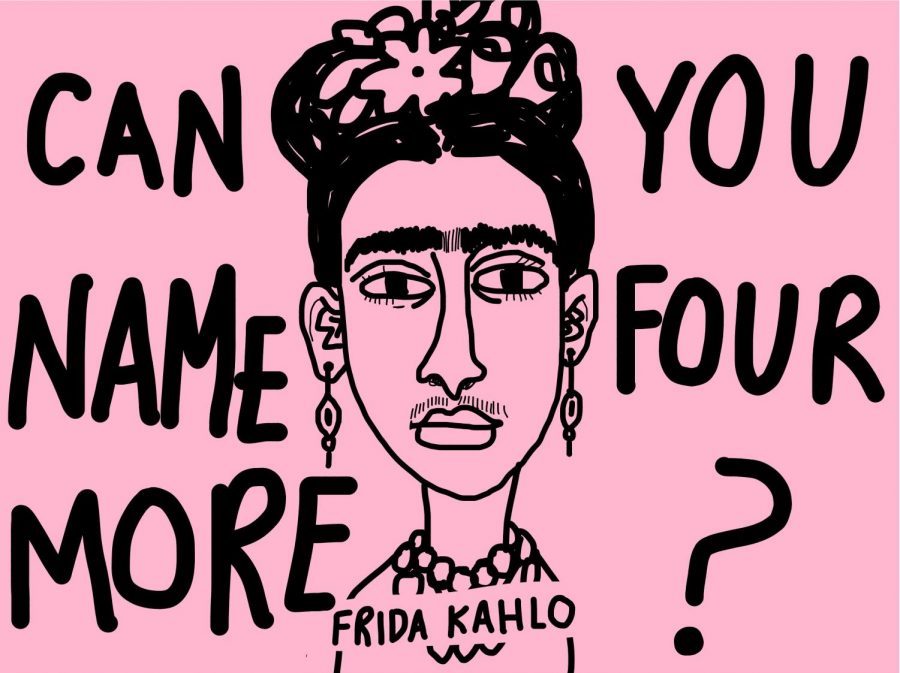 Can you name five female artists?

As an aspiring female artist myself, answering this question seemed like it would be a breeze. I timed myself, expecting to take no longer than 30 seconds. But it took me four minutes and twenty six seconds to come up with just five names.

D.C.’s National Museum of Women in the Arts has asked this question repeatedly on social media for three years now. And, like me, most people couldn’t answer.

I can name five male artists without having to think for more than ten seconds, so why is it so hard to name just five female artists?

The answer is simple: Museums, galleries and the art industry aren’t immune to gender inequality.

Female artists are dramatically underrepresented in the art world. A survey of 18 prominent art museums in the U.S. found that out of over 10,000 artists featured in their museums that only 13% are female. It’s difficult to know of the biographies and achievements of women in the art industry when the museums we visit barely include them.

It’s not like female artists don’t exist — according to the National Endowment for the Arts, nearly half of visual artists in the United States are women.

In an art world with almost even distribution between males and females, there’s no excuse for modern art museums and galleries not to feature these talented women in exhibits.

The National Museum of Women in the Arts has attempted to solve the lack of representation by dedicating an entire building to pieces women have created, which opened in 1981.

“There are a lot of talented women out there,” NMWA employee Richard Moore said. “We need to be more inclusive. This is the only museum dedicated to women in the arts — there should be either more museums dedicated to women or they should be included in the other museums.”

He’s right — we need more artwork by women hanging on museum walls. But the question is: how do we go about doing that?

While museums like the NMWA put women in the spotlight, there’s a simpler and easier solution than creating new museums dedicated to just one demographic: feature more women in existing exhibits and galleries.

For example, in 2020, the Baltimore Museum of Art will only acquire works from women to celebrate the historic 100th anniversary of women’s suffrage in the U.S. To combat centuries of inequality in the art world, museum director Christopher Bedford decided that he had to make a dramatic change.

“This how you raise awareness and shift the identity of an institution,” Bedford said in an interview with the Baltimore Sun. “You don’t just purchase one painting by a female artist of color and hang it on the wall next to a painting by Mark Rothko. To rectify centuries of imbalance, you have to do something radical.”

Similarly, the Feminist Art Coalition recently teamed up with over 50 art museums across the nation to organize feminist art exhibits. Apsara DiQuinzio, founder of the FAC and a senior curator of modern and contemporary art at the Berkeley Art Museum and Pacific Film Archive, seeks to encourage museums to exhibit female artists.

The kind of dedication that the BMA and the FAC display should be a model for museums across the globe. Art is about expression and the communication of ideas. Celebrating the artwork from women only adds diversity to the opinions, ideas and emotions expressed on gallery walls. Moreover, young female artists could find inspiration and role models when we visit museums.

Female artwork is out there — but it’s the job of museums to make it accessible.