The Black and White • December 11, 2019 • https://theblackandwhite.net/66559/news/community-torn-over-harvard-affirmative-action-ruling/ 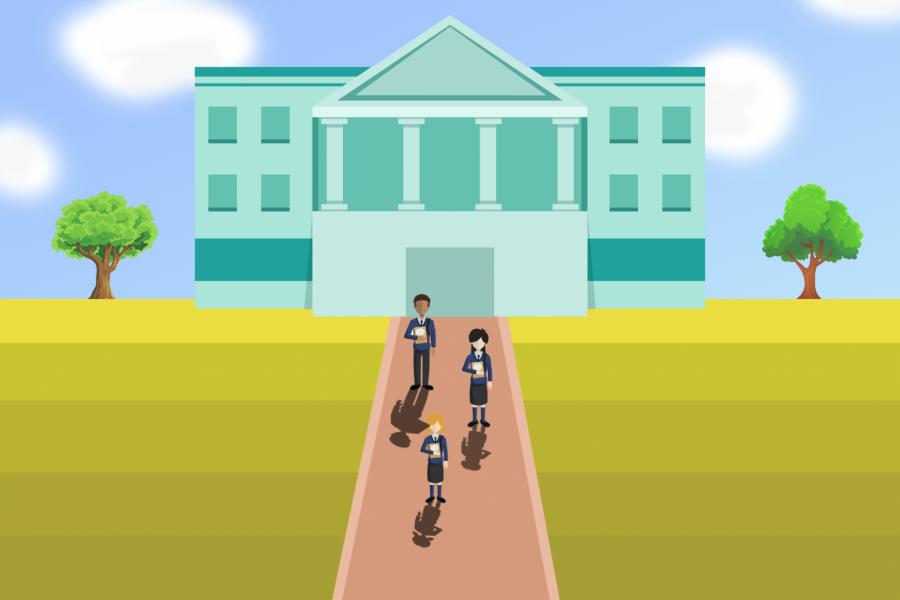 The U.S. District Court of Massachusetts rejected claims that Harvard University discriminates against Asian Americans in its admissions process Oct. 2, ruling that the institution met the constitutional standard for considering race in admissions.

Students for Fair Admissions, a non-profit group led by conservative political strategist Edward Blum, first filed the lawsuit in 2014. It reached Massachusetts’ District Court in Oct. 2018. With the lawsuit, the SFFA hoped the court would rule against Harvard’s admissions practices — which the organization says discriminate against Asian applicants.

Following the decision in Harvard’s favor, some students said they feel the ruling permits Harvard to continue using a deeply flawed system to admit students.

“In accordance to judicial precedent, it makes sense,” senior Jonathan Young said. “I’m not against the motives of affirmative action, but I’m against the way it’s implemented. Race should never be used as a factor, period.”

The case represents another important chapter in the U.S.’s long history with affirmative action policies.

President John F. Kennedy first introduced in the U.S. to the concept of affirmative action in 1961 when he issued Executive Order 10925, which required government contractors to ensure that they didn’t discriminate against job applicants on the basis of race, religion, color or national origin.

Since then, a number of adjustments have been made to the policy. Allan Bakke, a white man, first brought the issue to the Supreme Court after he had been rejected twice from the University of California Medical School at Davis. The case would outlaw the usage of racial quotas in the admissions process. Later the court would further uphold affirmative action policies in Grutter v. Bollinger (2003) stipulating that race can be considered as long as it is not the only factor.

Affirmative action was broadly based in the idea of creating a level playing field for students, but some believe that if opportunity is the issue, socioeconomic status should be considered in the admissions process, not an applicant’s race.

“I’m Hispanic, but that doesn’t mean I had less opportunity,” senior Elio Nuñez said. “I grew up with more opportunity than 90% of people. I had the ability to get things like SAT tutoring, and a lot of people can’t afford that.”

“When we look at the success of people of color, we tend to look at the achievement gap,” Shaibani said. “What we should look at is the opportunity gap and where students are being failed by social infrastructures such as a lack of unbiased education.”

In recent years, the issue has become more prominent, with students and families raising questions regarding how Asian Americans fit into the equation. Some Asian American students feel that affirmative action policies have made them subject to more scrutiny in the admissions process.

“It has a pretty big impact,” an Asian American student said. “I feel I have to score a lot higher than other applicants, so it’s kind of hard.”

Though the court ruled that Harvard wasn’t using an unconstitutional racial quota system some students are still skeptical. The recently admitted Harvard class of 2023 had the highest share of Asian Americans in the school’s history, with just over 25% of the students enrolled being of Asian descent. However, in the suit, the SFFA argued that these numbers are disproportionate given that there is an increasing volume of Asian students applying; the school, they say, is keeping the number of Asian students admitted lower than what it would be without affirmative action.

As a part of the lawsuit, the court released documents in 2013 to the public showing that Harvard conducted an internal investigation into its admissions policies and found a bias against its own Asian American applicants. They did not make these findings public at the time, nor did it take action on them.

In the documents, the court also included an analysis of over 160,000 student records that revealed Harvard’s tendency to rank Asian American applicants lower than others on traits like likability, courage, kindness and being “widely respected.”

Shaibani said that the most criticized aspects of Harvard’s admissions process are the result of personal biases, especially in the case of interviews.

“It is based off what the interviewer believes is a Harvard student,” Shaibani said. “For many, that is not an image of Asian students, which comes from a personal bias.”

Following the decision, the SFFA announced that it would continue to appeal the case. If the case were to reach the Supreme Court, some people fear it may completely overturn affirmative action.

“Right now, you have potentially five conservative justices and four liberal leaning justices,” AP NSL teacher Suzanne Johnson said. “When you have the court swing in a different direction like that, there’s the possibility of them overturning or redefining precedent.”

Jonathan Young is a webmaster for The Black & White