Into the podcast trend? So is Dr. Dodd 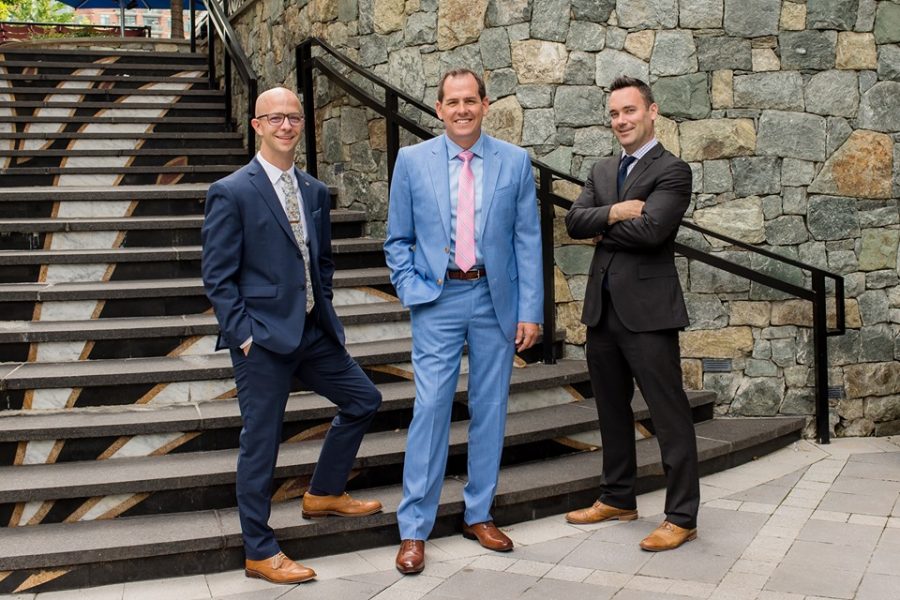 Before recording his podcast, Principal Robert Dodd does his homework — something you might not expect from a high school principal. He types up notes, article links and research on a Google Document shared with academy coordinator Casey Siddons at John F. Kennedy High School and White Oak Middle School assistant principal Peter Crable, who do the same. On a day when they’re all free, they meet in Dodd’s basement studio, which Dodd sometimes calls the “man cave,” buy pizza or sandwiches and record another episode or two of their podcast.

Their podcast, “Ed’s Not Dead,” covers issues with education, including the value of charter schools versus public schools, teacher strikes, federal education debates and the complexities of teaching. They posted their first episode of the podcast on July 16, 2017, and started recording their third season this fall. Over its past two and a half seasons, the podcast has received over 17,000 downloads. Dodd came up with the idea while he was training principals for MCPS.

“I would go and watch principals work with their staff,” Dodd said. “I saw more principals using educational experts on YouTube, and I said to Peter and Casey, ‘we can do that! Let’s have a YouTube channel where we talk about education.’ And Casey said, ‘No, let’s do a podcast.’”

Dodd, Crable and Siddons met when Dodd was the principal of Argyle Middle School. He hired Siddons as the head of the Social Studies Department and Crable as head of the technology magnet program. Crable and Siddons had already met seven years earlier when they both taught social studies at a different school. They became close friends with Dodd, frequently conversing late into the evening about how to improve Argyle.

Dr. Kelli Phillips — another Argyle teacher at the time — described the group with a quote from anthropologist Margaret Mead: “never doubt that a small group of committed thoughtful people can change the world; indeed it is the only thing that ever has.” The quote encapsulates the passion they feel about the work they do, Phillips said.

All three of them take pride in their podcast, Dodd said. They’ve found many education podcasts that are too focused on niche topics, or are too negative, or bore their audience, he said. “Ed’s Not Dead” approaches education in a more lighthearted and fun way, making it more accessible to listeners, Siddons said. The podcast has plenty of banter and jokes that create a dynamic that’s both personal and professional.

They try not to take themselves too seriously, Crable said; in fact, on Halloween, when I interviewed Dodd, he wore a yellow tutu and a Big Bird T-shirt.

“Oftentimes, people will ask us where we find the time [to record the podcast],” Siddons said. “After work, some people will go to play poker or do fantasy football. We have a podcast.”

The podcast also helps them widen their perspective of education. It’s easy to get absorbed in the day-to-day work of an education job and focus only on your specific school, Crable said.

On the podcast, they’ve interviewed many education professionals, including president of the American Federation of Teachers Randi Weingarten and education writer Zaretta Hammond. They also record a recurring segment called “Dear Betsy,” where they discuss the federal government’s actions relating to public education directed toward Department of Education Secretary Besty DeVos. It’s usually not a “glowing tribute,” Siddons said.

While thinking up a name for the podcast, the three wanted something unique but also appealing to a large audience. Neither Siddons nor Crable remembers who came up with “Ed’s Not Dead,” but Siddons said they ultimately settled on it “almost accidentally.” It’s a reference to the movie Pulp Fiction, where one character asks another, “Where’s Zed?” and the other responds, “Zed’s dead.” A handful of people they’ve interviewed have caught the reference, but it’s not meant to be readily apparent, Crable said. It also alludes to an opinion the three of them share: that public education is alive and well.

Their podcast is not associated with MCPS in any way, Dodd said.