The Black and White • November 28, 2019 • https://theblackandwhite.net/66453/news/montgomery-county-sues-juul-in-latest-effort-to-end-vaping-epidemic/ 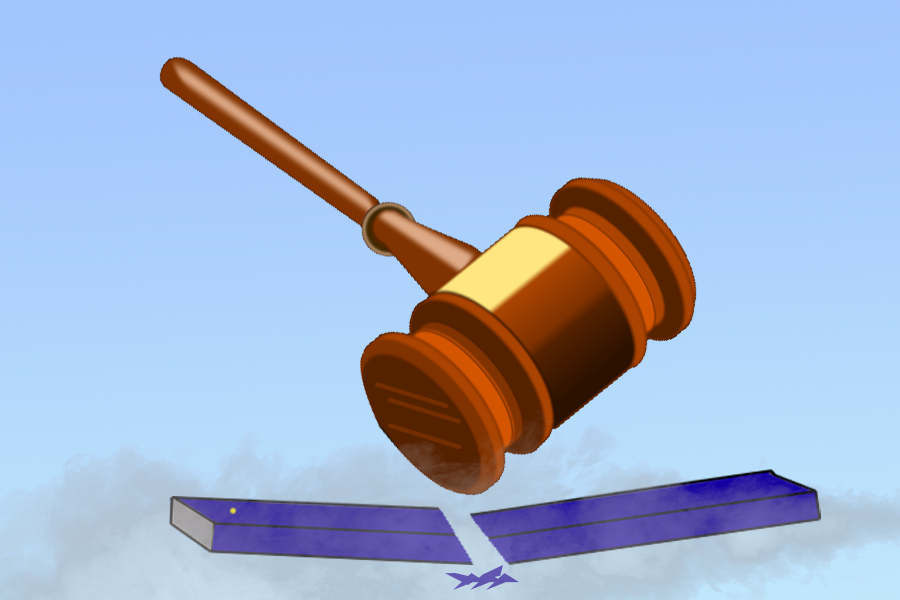 As part of Montgomery County’s ongoing efforts to curb teen use of electronic cigarettes and vaping, the Montgomery County Council authorized a lawsuit Oct. 16 against Juul Labs and Altria Group, a company that owns a 35% stake in Juul.

The lawsuit claims that the e-cigarette manufacturers and distributors violated federal racketeering laws and the Maryland and Montgomery County Consumer Protection Acts — laws designed to hold companies accountable when they take advantage of a consumer’s lack of information — by aggressively marketing their e-cigarettes to minors.

“When tobacco companies used to advertise years ago, one of the things they got in trouble for was their disproportionate amount of advertising aimed at young people,” County Public Health Officer Travis Gayles said. “E-cigarettes, specifically Juuls, have disproportionately been marketed towards young people, particularly through the use of flavored substances.”

5 million middle and high schoolers across the nation use e-cigarettes in 2019, almost doubling last year which had 3.2 million underage users. Montgomery County vaping rates mirror the national averages. In the 2018 school year, five MCPS students fell unconscious in school after vaping and needed a drug antidote. The Maryland Health Department confirmed in a report that at least 29 people in Maryland — including one adult in Montgomery County — have developed severe vaping-associated lung illnesses, called EVALI. The CDC has identified vitamin E acetate, a chemical in vaping products, in all fluid samples collected from the lungs of patients with EVALI.

“From a physical standpoint, early exposure to nicotine can cause damage and impair the important parts of the brain,” Gayles said. “Anytime we’re able to identify a clear culprit in terms of causing health risks and health concerns to a community, we take it seriously and do our best to identify in as much detail as possible what that culprit is.”

The County is just learning about the potential long term impacts of e-cigarette products, so officials have made deterring vaping a priority, Councilmember Gabe Albornoz said.

“We know that the industry has been targeting — through a variety of means — our youth, and marketing directly to them,” Albornoz said. “The Montgomery County Council is committed to taking actions to protect our most precious commodity: our children.”

Montgomery County has historically been on the forefront of the fight against vaping. In 2015, it became the first county in the country to implement an excise tax on e-cigarette dealers and distributors.

The County Council also introduced three pieces of legislation in the last month to address the rise in e-cigarette use. A bill from Albornoz and Councilmember Craig Rice would prohibit vape shops from operating within a half-mile of MCPS middle and high schools, requiring 19 of the 22 vape shops in the county to move. Another bill would ban manufacturers from distributing e-cigarettes to retail stores in those areas. A third bill, that went into effect Oct. 1, raised the legal age to buy and sell nicotine products from 18 to 21.

The lawsuit and the three pieces of legislation are necessary to protect community members from the negative impacts associated with vaping, Gayles said.

“With this lawsuit, we are making clear that we will not stand by while companies deliberately try to convince young people to become attracted, and possibly addicted, to vaping,” said County Executive Marc Elrich in a public statement on the e-cigarette lawsuit. “The growth of this industry started as an alternative to tobacco smoking and has turned out to be another industry preying on impressionable young people.”