The Black and White • November 20, 2019 • https://theblackandwhite.net/66286/news/channeling-her-swim-and-dive-spirit-mira-chung-becomes-assistant-coach/ 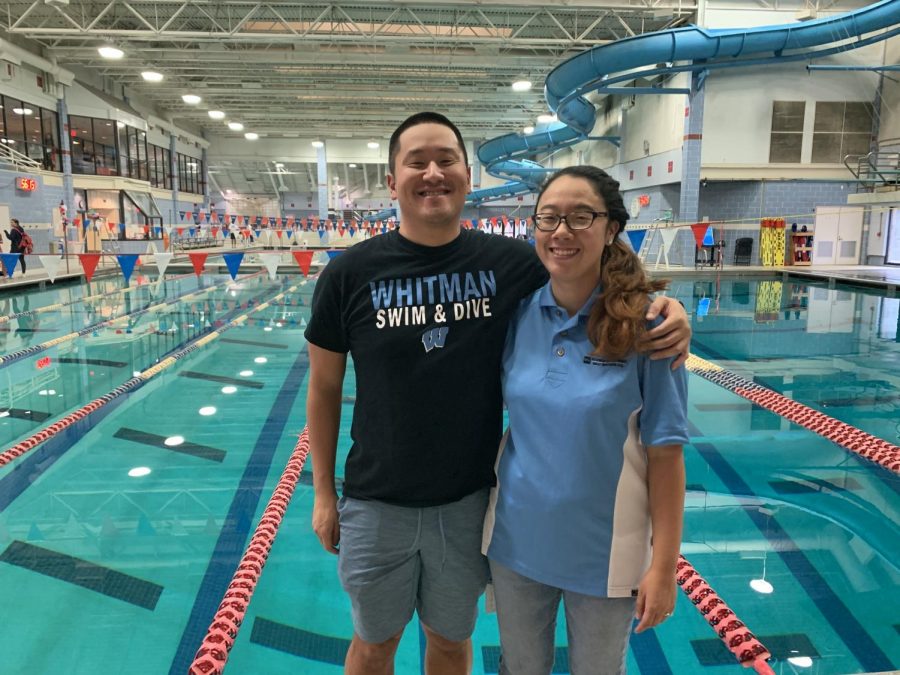 During her senior season on the Walter Johnson Swim and Dive team, Mira Chung won the “Most Spirited” award. Chung said she loved all aspects of spirit in swimming — team gear, wearing her swimsuit over her clothes on meet days and being part of a close and competitive second family.

Though she stepped back from the swim scene after high school, Chung, Whitman’s AP Environmental Science teacher, is back on the pool deck.

Chung will replace AP NSL teacher Katherine Young as assistant swim coach for the Whitman Swim and Dive team this coming season. The transition occurred after Young — wanting to spend more time with her family — stepped down at the end of last season.

After swimming at WJ for all four years of high school, Chung has remained close with her swim coach, Jamie Grimes, who still coaches at WJ today. A few years ago, Grimes promised to help her if she took a coaching position.

“I’ve always wanted to coach,” Chung said. “I thought this would be a perfect opportunity to learn and be back in the swimming community.”

Having an assistant coach makes a difference for head coach Chris Schlegel, who works full time as a swim coach for both Whitman and his club team, All Star Aquatics, and is stretched for time. Schlegel is excited to work with Chung and is confident in her ability to work with the team this coming season, he said.

“Mira’s swimming background will definitely help us,” Schlegel said. “Her enthusiasm for the sport and team spirit will benefit us greatly.”

It’s helpful to have at least one of the coaches teach at Whitman so swimmers and divers have a home-base, captain Clayton Steiner said.

“It gives a place for kids to go and just hang out, drop their swim bags off in the morning, maybe grab a snack or something,” Steiner said. “It also really helps with team morale.”

After a strong performance last season, the Vikes have high expectations for the coming season. The team, especially on the boys’ side, will likely be one of the stronger overall teams in MCPS, Schlegel said. Chung shares a similar optimistic attitude for her first season.

“I’m really excited,” Chung said. “I’m hoping that we make it all the way.”