The Black and White • November 7, 2019 • https://theblackandwhite.net/66028/opinion/i-wasnt-a-climate-change-activist-then-greta-thunberg-changed-my-mind/

I wasn’t a climate change activist. Then Greta Thunberg changed my mind. 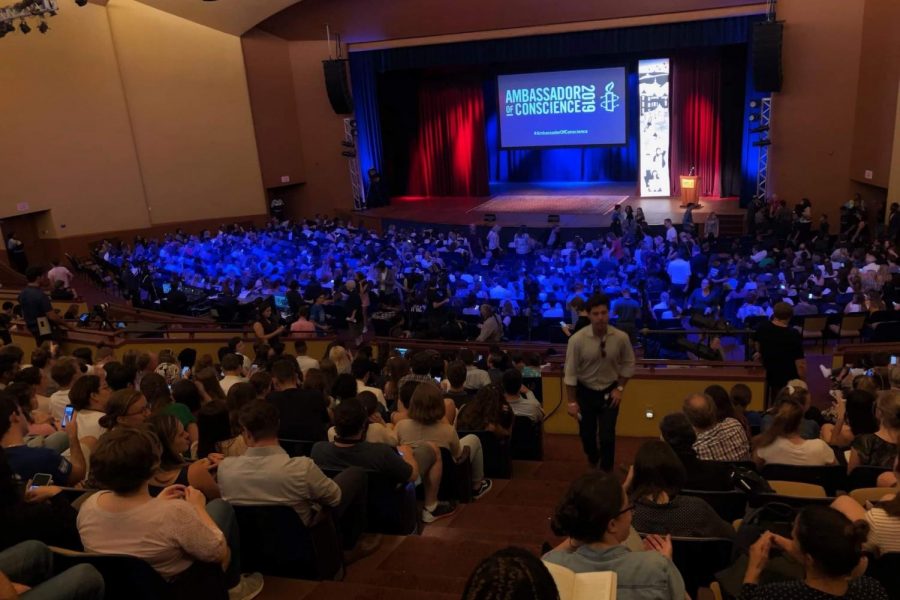 Becoming a climate change activist had never really occurred to me. Yes, I’m surrounded by student activists every day in school, and living in D.C., many of my friends have attended protests and marches on the National Mall. Even so, I felt like climate action was futile; to me, given the current Presidential administration, I didn’t think I was capable of influencing any significant policy change.

But after I attended Amnesty International’s climate change event on the George Washington University campus on Sept. 16, I began to change my mind.

Amnesty International is an organization that combats human rights abuses worldwide. At the event, several activists spoke about how climate change has affected their lives and shared their visions for changing policy, including Indira Walsh, an activist associated with Amnesty, and Tokata Iron Eyes, a Standing Rock Sioux Nation leader.

Toward the end of the event, Amnesty presented 16-year-old Swedish climate change activist Greta Thunberg with the Ambassador of Conscience Award.

“Activism works,” Thunberg said in her acceptance speech. “So what I’m telling you to do now is to act because no one is too small to make a difference.”

As Thunberg accepted her award, I realized who she was truly speaking too. She wasn’t directing her words toward the crowd of adults. She was directing them toward people like me: teenagers who doubt the effectiveness of youth activism.

I thought back to every speaker’s story. I noticed that not all of the stories involved massive protests; in fact, many stories didn’t even garner international attention. They were smaller demonstrations, like when Maggie Gyllenhal’s daughter politely complained to store owners for using plastic straws, making the owners more conscious of healthy environmental practices.

I realized that large-scale activism isn’t the only thing that matters. What matters, too, is our willingness to act again and again, to show support and to make the effort, no matter how small. Those who stand by and believe they can’t do anything to help are part of the greater issue — passivity is problematic.

Not to sound cliché, but our actions really do have an impact. From biking to work, to picking up trash in your neighborhood, to something larger like protesting in D.C., public demonstrations on every scale can lead to real change.

Greta concluded her speech by saying, “And just one last thing. See you on the streets.” And now, I know I will.