The Black and White • November 6, 2019 • https://theblackandwhite.net/66011/sports/cheer-competes-in-state-semifinals-for-first-time-places-11th/ 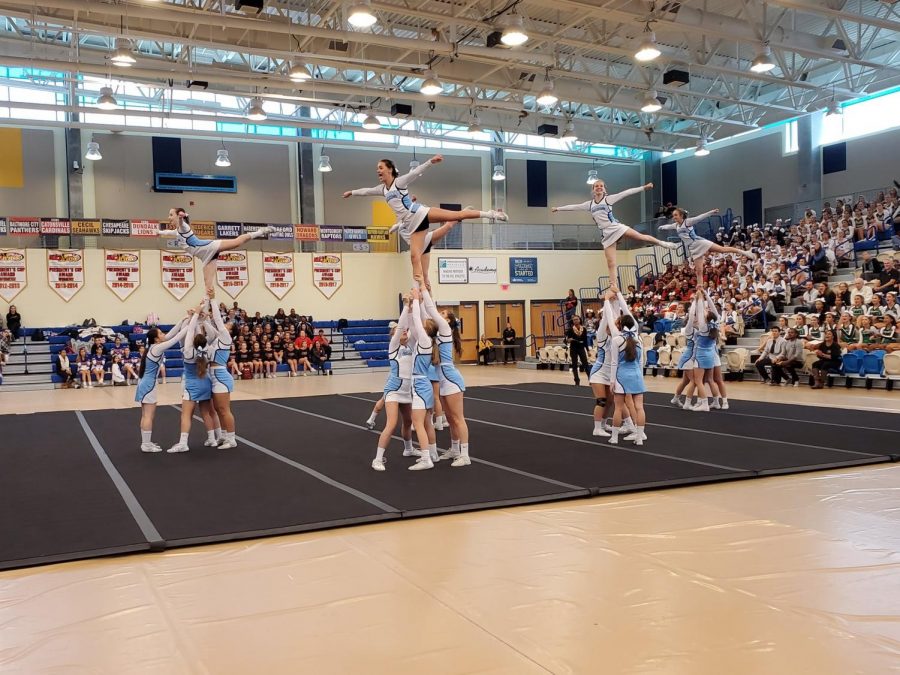 The cheer team performs at the state semifinals on Saturday. The team scored 112.1 points without a single point deducted, and placed 11th out of 26 teams. Photo courtesy the Whitman Cheer Twitter.

For the first time in Whitman’s history, the cheer team competed in the state semifinals on Saturday, placing 11th out of 26 teams.

The team put on outstanding performance on Saturday morning, earning a flawless score of 112.1 points. Even though it was the team’s first time competing in the state semifinals, the team outranked all the other division II teams in their category and even defeated a Division I team.

The accomplishment was an outstanding feat in general. Since entering division II in 2017, the team has not been able to place as well as they wanted to. However, their determination outclassed the reality, and the team worked hard to get to where they are now.

“When the Whitman cheer program started, we didn’t have a JV team, just a group of girls trying out who didn’t know what they were doing,” junior Nicole Ahad said. “We have worked so hard this year, yet, coming into the season, our stunts were strong but not perfect. The fact that we made the semifinals was amazing and it felt as if all our hard work had finally paid off.”

The team’s next competition will be in December with a date and time to be determined.