The Black and White • October 26, 2019 • https://theblackandwhite.net/65845/spotlight/maryland-expands-u-s-history-curricula-to-include-lgbtq-content/ 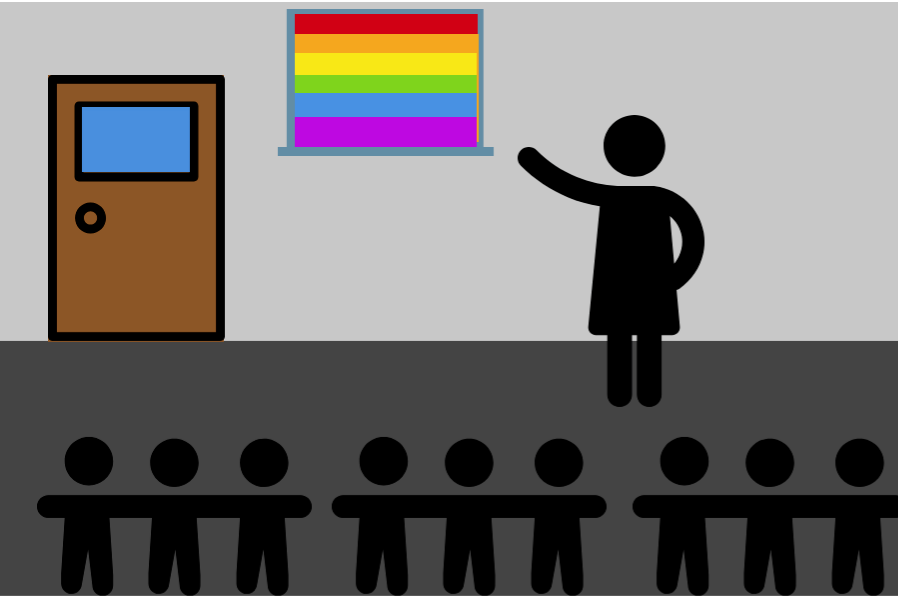 This summer, the Maryland school board expanded the American History curricula to include lessons about marginalized groups, namely LGBTQ communities. Maryland has joined Illinois, California, New Jersey and Colorado in what is rapidly becoming a national effort to promote inclusivity in the classroom.

Maryland Delegate Eric G. Luedtke wrote a letter at the beginning of the 2019 school year — which 47 other state legislators signed — to state superintendent Karen Salmon calling for more inclusive curriculum standards that cover the history of LGBTQ and disabled communities.

“These are important stories for our teachers to tell, not only for those students who are themselves LGBTQ or who have a disability, but so all of our students have a basic understanding of the challenges faced by significant segments of American society,” Luedtke wrote.

When students see their identities reflected in the school curriculum, it fosters an environment of acceptance where students don’t feel alienated from their peers, Luedtke said.

The draft framework for the curriculum is currently being revised by staff at the MSDE. MSDE staff met in October of this year with social studies supervisors from local school systems to receive feedback on the framework. Next, staff will revise the framework to reflect the feedback and pass it on to an academic U.S. historian for review.

Local school systems are expected to have access to this framework by spring of the 2019-2020 school year, and districts are expected to implement the new curriculum standards by fall of 2021.

Teachers have also lauded the decision as a solution to something that has long been missing in classrooms.

“Hopefully people are going to be more aware and more accepting of the differences and challenges facing a variety of people,” U.S. History teacher Gregory Herbert said. “I’ve been here at Whitman for 19 years, and before last year, I hadn’t heard terms like non-binary and things like that. For me, it’s an education for myself.”

For students and teachers, these curriculum changes represent a step in the right direction in regards to creating a positive learning environment; in the past, many students have felt excluded by the American story taught in classrooms.

“There is generally a lack of support and role models that LGBTQ+ youth can look up,” Connell said. “It’s hard to feel included in society when you’re not even part of the curriculum.”