The Black and White • October 20, 2019 • https://theblackandwhite.net/65749/feature/senior-wins-end-family-fire-contest-with-striking-video/ 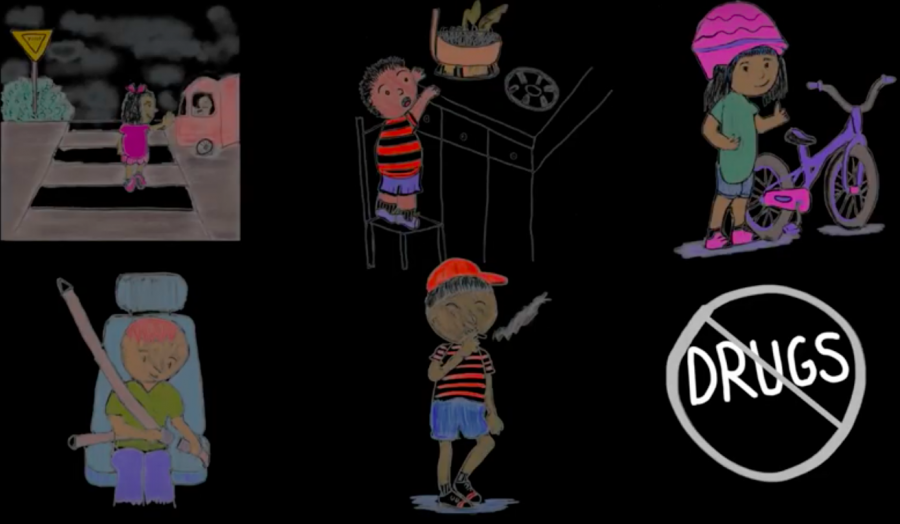 On a Monday in late July, senior Amelia Montagnino headed to her summer internship at the Brady Campaign — a nonprofit organization aimed at preventing gun violence. As usual, she attended the all-staff meeting, listening as the top staff of Brady shared news and plans for the upcoming week.

Then, Kyleanne Hunter, Vice President of Programs, mentioned something less typical: Brady and their partners had chosen the winner for the first ever End Family Fire competition. The competition, which Montagnino entered, challenged high school and college students to make a video on shootings involving improperly stored guns. Hunter pulled out her laptop and asked Montagnino to stand up.

Suddenly, Hunter handed her a bouquet of flowers, and played Montagnino’s video for everyone in the conference room. Montagnino had won.

In her scholarship-winning video “You Told Me,” Montagnino advocates for safe gun storage. The Brady Campaign ran the scholarship contest alongside the Ad Council — a nonprofit media organization focused on public service announcements.

Montagnino’s video will be screened at the All-American High School Film Festival October 12 in New York City, and she’ll receive a $5,000 scholarship.

Along with her friend senior Clara Koritz-Hawkes,, Montagnino brainstormed common parental safety advice. Then, Montagnino interviewed kids of all ages for their personal experiences and melded clips of the advice and experiences together for her video. The whole process took her around one month.

“Amelia is one of those people who just pays attention in a really interesting way,” Koritz-Hawkes said. “She pays attention to the things that matter.”

In the video, children of all ages look directly into the camera and remind parents of the safety lessons they’ve learned throughout their childhood.

“You told me not to talk to strangers,” one girl said.

“You told me not to cross the street without looking both ways,” said another.

One by one, drawings from the kids appear on the screen: a girl in a purple shirt looks to the side on a crosswalk, a different one has the word “drugs” with a white line slashing through it. A gunshot sounds, and then the word “why?” flashes across the screen, followed by a statistic: 4.6 million children live with access to an unlocked or unsupervised gun. The video emphasized the hypocrisy of some modern parents; they relay safety advice as a habit, then don’t take measures to prevent their kids from accessing their guns.

“One of the main focuses of ‘End Family Fire’ is the unintentional shooting of children,” Montagnino said. “I thought it fit very well if children were part of the film. Also, they’re just so naturally captivating on camera, and they’re looking at you straight in your eyes.”

Montagnino’s favorite part of filming her video was working with the kids, she said. Because of the topic’s gravity, she didn’t tell the youngest kids the topic of the film.

“But they saw how serious I was about it, so they instantly snapped into character and were serious on camera,” she said.

Last year, Montagnino made another video, “Swimming,” about teen suicide. The Department of Health holds Maryland’s annual Suicide Prevention Conference, which will air the video at their annual conference October 2. Although she doesn’t plan to major in film in college, she wants to continue making videos — to her, filmmaking isn’t only a creative outlet, but a way to make a difference.

Originally, Montagnino intended the video’s audience to be only parents, but now, to widen the scope of her message, she wants to reach all community members — especially those who don’t see gun violence often. She believes this will help prevent tragedies that communities can’t predict, she said.

Making videos and interning at Brady have widened Montagnino’s worldview, she said. When she originally entered the video contest, she didn’t expect to win. But after winning, Montagnino realized her videos could impact others in a personal way.

“I’m definitely more confident talking about the topic now,” Montagnino said. “It was really cool to use all the information and all the knowledge that I gained over the summer and put it into the press.”

Clara Koritz-Hawkes is a Perspective editor for The Black & White.