The Black and White • October 14, 2019 • https://theblackandwhite.net/65667/news/photo-of-the-day-bw-staff-receive-individual-awards-from-cspa/ 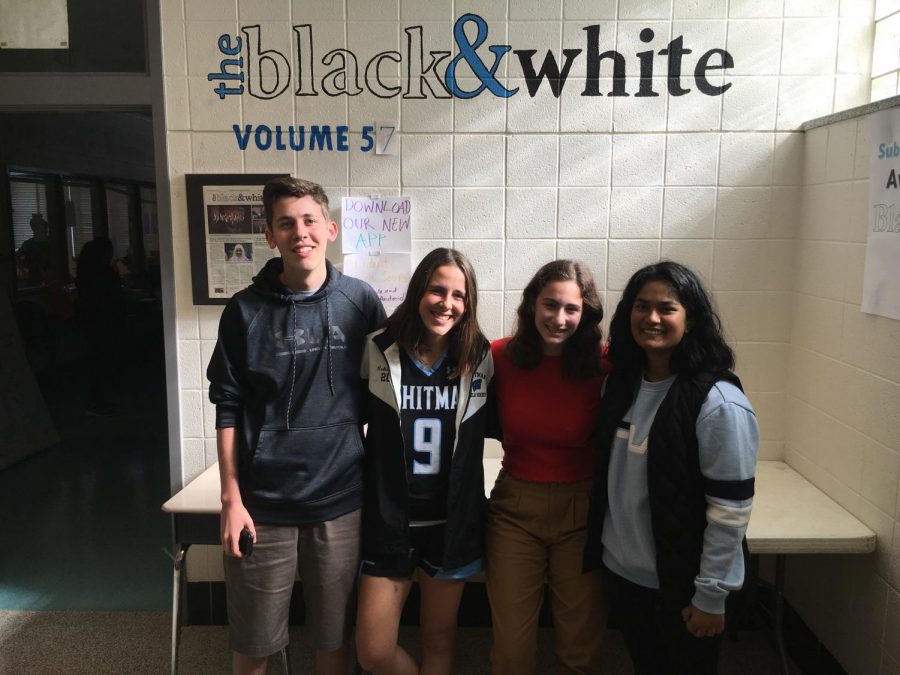 Four Black & White editors — (from left to right) Max London, Alex Robinson, Dana Herrnstadt and Aditi Gujaran — were honored by the CSPA for their individual writing. Photo by Jose Wray.

Online Editor-in-Chief Dana Herrnstadt received a Certificate of Merit in general feature for her story about POTS.

Sports and Style Editor Aditi Gujaran received a Certificate of Merit in cultural feature for her story about ASMR videos.

Former cartoonist Eli Saletan (’18) received a Certificate of Merit in art/illustration: hand-drawn for his cartoon in “Despite 50 Years of Progress, Tensions from 1968 Remain“.

Congratulations to all of the nominees and winners from Volume 57!