The Black and White • October 10, 2019 • https://theblackandwhite.net/65560/feature/ten-days-of-silence-allison-hayes-retreats-to-thailand-practices-meditation/ 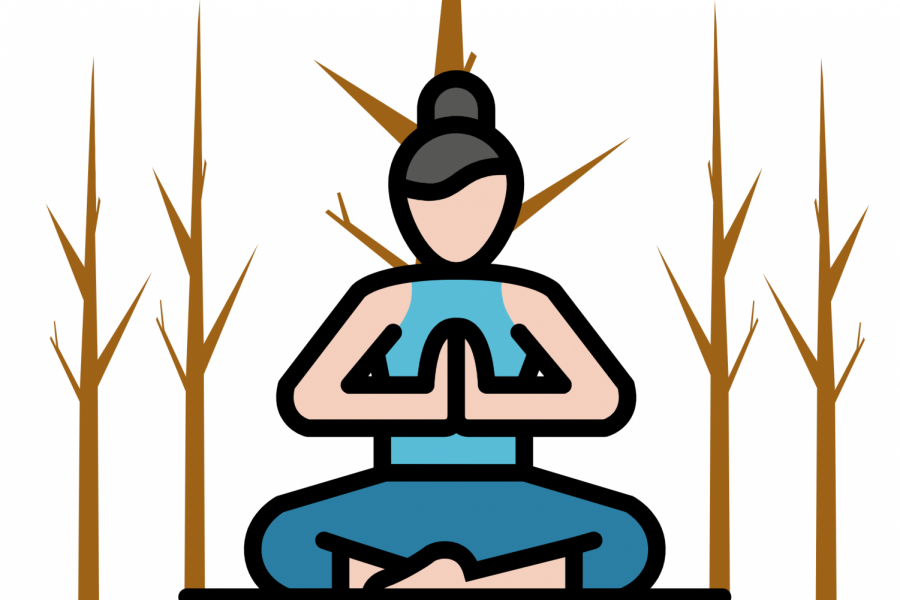 Last summer, science teacher Allison Hayes practiced meditation for 10 days in Thailand. She had to remain silent the entire time.

It’s 4 a.m. in the remote forests of Southern Thailand. A bell rings and science teacher Allison Hayes wakes up for a session of early morning meditation. After, she heads to a sun-rise yoga session, and then a traditional vegetarian Thai breakfast. Aside from meals, Hayes meditates until 9:30 p.m., when she goes to sleep. The next day, at 4 a.m., the bell rings again and Hayes wakes up and does it all over again.

This past summer, Hayes took part in a 10 day silent meditation retreat through the Inter­na­tion­al Dharma Hermitage of Wat Suan Mokkh from July 1 to 11.

Hayes had heard that meditation is very beneficial for coping with stress, so she decided to give it a try. After researching different meditation retreats, she decided that if she was going to commit to one, it had to be the “real deal,” she said.

During her retreat, monks at the monastery taught meditation lessons and encouraged retreat attendees to practice self-reflection. Monks also stressed the importance of limiting communication between retreat participants.

“We would just be with ourselves, with our own thoughts, and even communicating with another person gives leeway into opening yourself up to the outer world instead of just looking inwards,” Hayes said.

After her retreat ended, Hayes stopped in Bangkok, Thailand — the loud and bustling capital city — which provided a stark contrast with her previous 10 days in a secluded forest. The noise and herds of people made for a difficult re-entry into civilization, and she began to miss the peace and quiet of the retreat.

As an introvert, Hayes felt that the retreat didn’t change how she approached talking with others, but she did think that it had a positive impact on her mindset towards stress.

“When I’m really stressed out, I find myself being able to relax and not worry about things as much,” she said.

Hayes now begins all her classes with a minute of meditation and deep breathing, inspired by the lessons from her retreat. Her goal is to calm her students and center them before class begins, Hayes said.

“I think it’s really nice,” senior Georgia Headley said. “It’s a good time to relax before we start class, and get rid of all the stressors from earlier in the day.”

Many other schools, especially outside the country, meditate for longer than a minute during the school day; this significantly helps with stress levels. While Hayes would love to set aside more time for meditation, she can only afford one minute due to the amount of content she has to get through in her classes.

Including a moment of mindfulness in the classroom can help generate calm, clarity and happiness, said Laurie Cameron, CEO of PurposeBlue—a consultancy focused on mindfulness based leadership programs.

“Even one or two minutes of breathing before a test allows kids to calm the mind and body and focus attention,” Cameron said.

Hayes considers meditation especially important on quiz and test days. Before tests, she usually sees her students trying to cram in studying, stressed, but she believes that allowing them to breathe and collect their thoughts beforehand will help them succeed in the long run.

Hayes doesn’t think that students get enough instruction on how to manage stress. She hopes that by practicing meditation every class, her students will have an outlet they can use to calm down when they begin to feel stressed or overwhelmed.