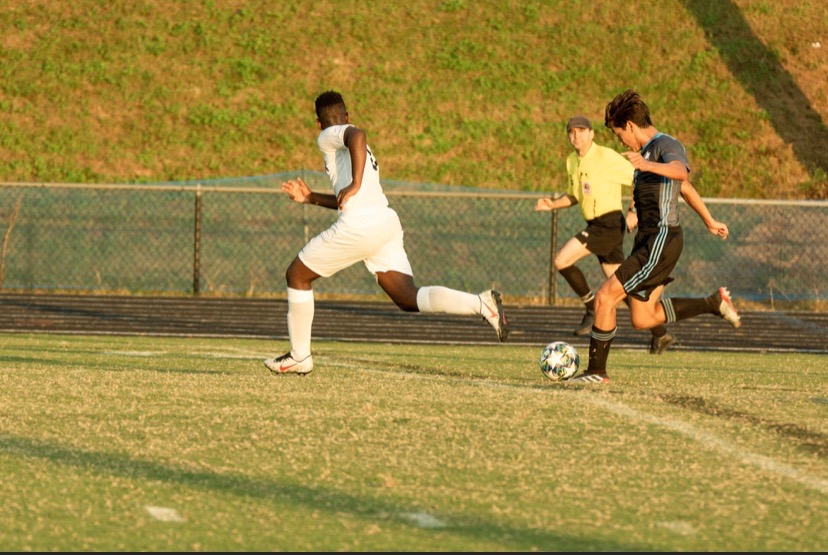 Midfielder Aaron Gunther runs up to shoot one of his two goals in the game in the Vikes 5–0 win over Urbana. Photo courtesy of Sos Mbojiana.

The boys soccer team (1–0–1) shut out the Urbana Hawks (1–1) 5–0 Saturday evening in a rematch of the state championship game last year.

The Vikes’ offense came out strong, scoring a goal in the first three minutes, and two more before the end of the first half. Their defense remained solid throughout the game, and an additional two goals in the second half sealed the victory.