The Black and White • June 21, 2019 • https://theblackandwhite.net/64867/feature/students-pursue-engineering-majors/ 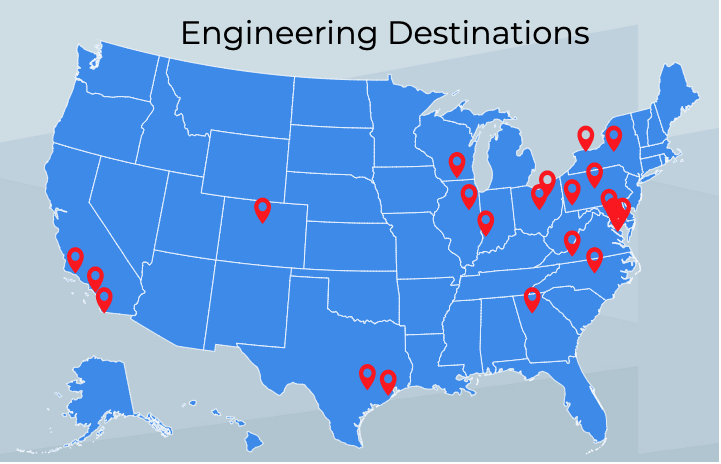 By Jack McGuire and Lincoln Polan

Though he had always liked math, senior Bo Rider had never considered an engineering career. But right after he completed Principles of Engineering his freshman year, he immediately knew that he wanted to explore a future in that field.

“The combination of being able to work with my hands and use my brain is a rarity in other fields,” Rider said. “POE in Freshman year really taught me that.”

This fall, Rider will be attending Cornell University, where he’s planning on studying civil engineering.

“I wanted to study engineering because it’s a way to get a widely applicable education in a field that I not only see as increasingly important but increasingly involved in more and more aspects of our lives,” Rider said.

Rider is just one of the 30 seniors who have decided to pursue engineering in college; the engineering department, through its extensive classes and effectively implemented “Project Lead the Way” curriculum, has given these students the experiences and opportunities necessary to explore the field of engineering in high school.

The number of students who chose engineering majors has been increasing over the years, engineering teacher Brooke Mallin said.

Senior Max Rothman is planning on studying either biomedical or electrical engineering at Duke University, and classes like Engineering Design and Development have heavily influenced his choice, he said.

“I’ve always been interested in math and science, so I figured engineering would be a practical field to major in,” Rothman said. “EDD prepared me the best for actual work and study in the field of engineering since we were tasked with completing the design progress for a product of our own creation.”

One of Rothman’s favorite units in EDD was the ‘prototyping phase.’ Rothman described the prototyping phase as “the intermediate building steps” for a real-world engineering project.

“The class really emphasized creativity and perseverance, which are important qualities for engineers to have,” he said. “It really taught me that perseverance is key, as not everything will work as you think it will.”

But taking engineering classes is not the only thing that inspired students to pursue engineering majors. Senior Jonah Mendel, who will be attending Brown University in the fall to study engineering, said that his inspiration to be an engineer came from a different source— the Whitman robotics team.

“The robotics team has given me the ability to learn technical skills such as 3-D modeling, fabrication techniques and most importantly project management,” Mendel said. “Being able to manage a large scale project is essential for engineering.”

“I really liked math classes, and when I started to take more engineering classes, I got to apply all of the things from math, which was cool,” Beusse said. “Pure math usually has one solution but many routes to get to it, however in engineering, you get to have a ton of unique solutions that can all work.”

Beusse and many of his classmates pursuing engineering attribute their success—and love for the field—to engineering teacher Rachel Stender.

Stender has been a role model for girls in the engineering department especially. According to a 2012 report by the Congressional Joint Economic Committee, only 14 percent of engineers in the U.S. are women. Stender’s influence and expertise has led many girls to not only to pursue engineering, but also to show enthusiasm for the subject.

“I definitely learned a lot from Mrs. Stender when I took POE freshman year,” senior Sophie Reilly, who will study chemical engineering at Rice University in the fall, said. “She was an amazing female engineer role model for me and made me more interested in pursuing a career in STEM.”

Senior Elizabeth Garner, who will be studying engineering at Cornell University, began to study engineering because the classes allowed her to combine her love for math and creativity. The support that she has received throughout the engineering department has allowed her to feel more comfortable in a male dominated field, she said.

“All my classmates have always been so encouraging, regardless of anyone’s background, whether that be experience or how they look,” Garner said. “In the end, my gender is insignificant.”