FYI, I’m not a “screenager” 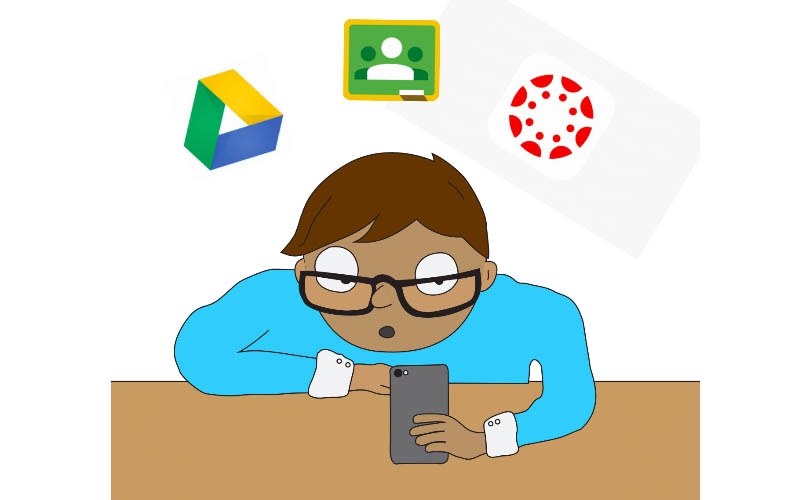 There’s one paradox that confuses me and other so-called “screenagers” alike—one that’s only relevant in our age of Minority Report-level technology. From the moment my phone’s alarm goes off in the morning, I instantly feel the need to check in with friends, brief myself on the news and ensure that my life is up to date.

Teenagers get a lot of flak for staring at their screens, but social media is just a medium to help people connect. It used to be handwritten letters; now, it’s typed messages. And embracing that doesn’t have to be a bad thing.

As a student athlete, many of the apps on my phone are related to my volleyball team. I learn about my volleyball schedule through TeamSnap, an app that lets teams coordinate practices, communicate and set lineups. I don’t know what came before TeamSnap—and I certainly don’t know what will come after—but I can confirm that it’s the only app my volleyball coach ever responds to. Teenagers aren’t staring at screens meaninglessly; our phones are essential to modern-day communication, and that’s, in no way, our fault.

In a University of Maryland study, researchers asked 200 college students to completely disconnect for one day. Students closed their laptops, turned off their phones and shoved aside all devices connected to the internet.

The study reported that most students were “functionally unable to be without their media links,” describing the students as addicts.

While I can name a few people who could benefit from looking up from their screens more often, it’s unfair to label all students as social media junkies.

During AP exam weeks, every Google search and half of my YouTube recommendations were about AP US History. While traveling for volleyball tournaments, I’ve had to edit school essays from my phone. If I’m scrambling for a hotspot, it’s not to keep a Snapchat streak, but to look something up for my English paper—usually along the lines of “has the oxford comma really died?”.

And teenagers aren’t the only people who spend excessive amounts of time on the internet. Adults are increasingly gravitating toward looking for information online.

Thirty percent of adults who use Facebook use the site for news, according to Pew Research Center. While digital newsrooms’ employment increased by 2,000 from 2014 to 2017, print newsroom employment dropped by 7,000. And since 2017, over a third of print newspapers have suffered layoffs.

It’s no longer a matter of if we want to be online. To be functional in society, I have to either be present on social media platforms or risk being thrown completely out of the loop. In fact, we’ve just about merged the word “communication” with the word “internet.” So before you call me a screenager, keep in mind that adults have placed my methods of communication, my homework and my news all on my phone.