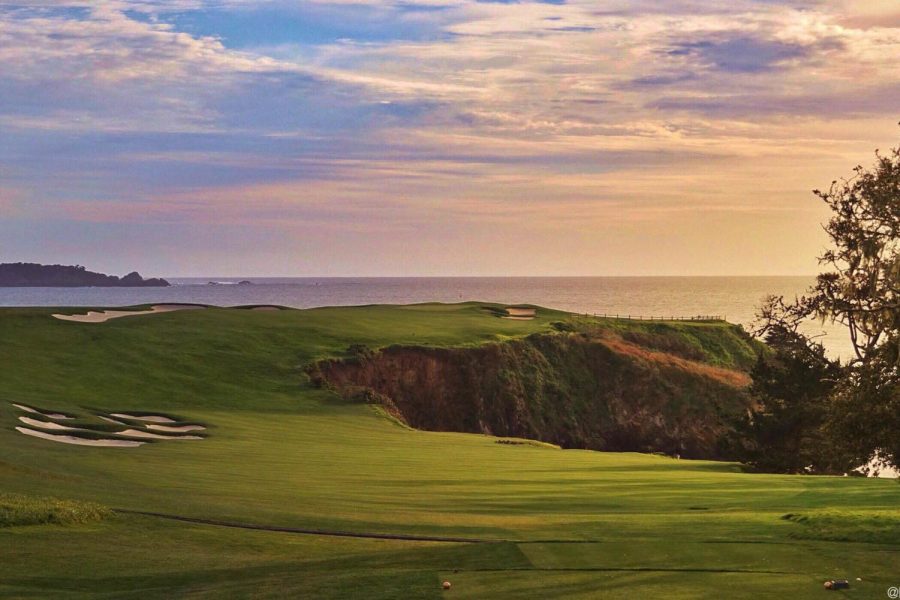 The U.S. Open⁠—one of the four major tournaments in professional golf—begins June 13 at the iconic Pebble Beach Golf Links in Pebble Beach, California. Here are some of the storylines to look out for before the action starts.

This year marks the sixth U.S. Open at Pebble Beach. With nine holes situated on cliffs high above the Pacific Ocean, Pebble Beach is widely known as one of the most beautiful golf courses in the world. Even if you’re not a golf fan, the scenery alone is worth tuning in for.

The name with the most buzz is Brooks Koepka. The 29-year-old Florida native became the No. 1 ranked golfer in the world after winning the PGA Championship in May. Koepka also won the last two U.S. Opens and is looking to become the first player in over 100 years to win the tournament three years in a row.

But Koepka isn’t the only golfer to look out for; Rory McIlroy of Northern Ireland is sure to garner some attention this week as well. McIlroy shot to stardom after winning the 2011 U.S. Open at Congressional Country Club—yes, the one in our very own backyard. Fresh off a spectacular win at last week’s Canadian Open, the red-hot McIlroy shows no sign of slowing down.

And of course, no U.S. Open preview—or golf story, for that matter—would be complete without mentioning Tiger Woods. After eight surgeries to his knee and back, it was unclear if Woods would ever be able to play golf again, let alone compete at the professional level. Despite speculation about the future of his career, Woods proved himself when he won his fifth Masters tournament⁠—his first major victory in over a decade—earlier this year in April. Also, as the 2000 U.S. Open champion at Pebble Beach, Woods has experience on his side. Only time will tell if we see another famed Tiger Woods fist pump during the final round June 16.

There are sure to be plenty of interesting storylines at this year’s U.S. Open, from Koepka’s potential three-peat to Woods trying to keep the magic alive. That, coupled with the scenic beauty of Pebble Beach, will make the tournament a must-watch event that even a non-golf fan can enjoy.