The Black and White • June 11, 2019 • https://theblackandwhite.net/64731/opinion/blogs/administrators-cut-speaks-and-briefs-but-students-want-to-laugh/

Administrators cut Speaks and Briefs. But students want to laugh. 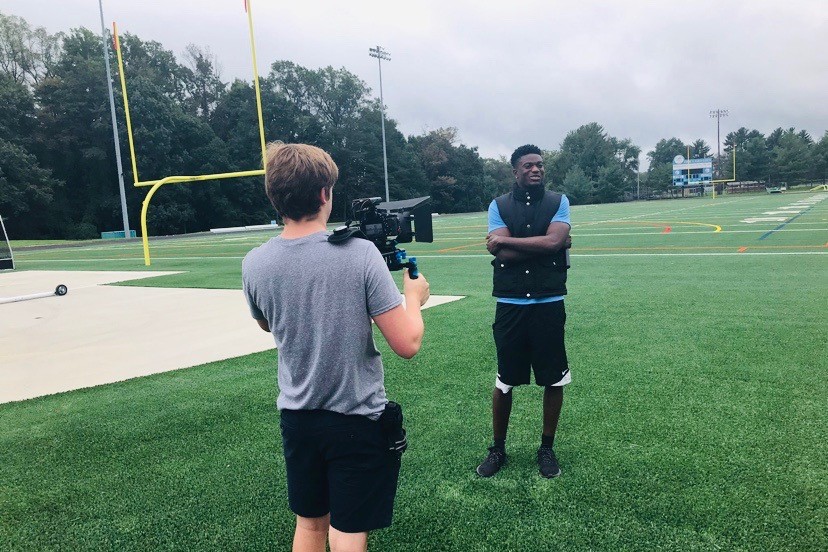 It’s the first Tuesday of the month, and classes are five minutes shorter—every class, that is, except second period. There, students spend 20 minutes watching their peers argue over the best local bagel place, learning about the new cafe in downtown Bethesda or seeing how hard a soccer player can hit the ball compared to the speed of a red-fronted gazelle—all on Whitman’s TV show, Whitman Shorts.

However, Shorts is going to change next year. Administrators cut Speaks and Briefs—two popular segments—for the 2019-20 school year due to their lack of journalistic elements, Shorts editor Brielle Ohana said.

Today, we already have plenty of introspective journalism in our lives. The news is filled with school shootings, terrorist attacks and devastating natural disasters. At Whitman, we’re pretty much drowning in AP tests, essay due dates and vocab quizzes. So what’s the harm in having two segments on Shorts that make us laugh a little bit?

A 2019 Mayo Clinic study found that laughter relieves stress, soothes tension, alleviates pain and boosts mood. It can improve how we handle our busy lives and stressful schedules.

And a little laughter once a month doesn’t completely undermine the other journalistic aspects of Shorts. Speaks and Briefs usually only take up around five minutes of the show; there’s still plenty of room for other more serious stories and segments. Shorts reporters are still able to keep students up-to-date on school sports teams, new clubs and special features, even with Speaks and Briefs as part of their episode.

I’ve never heard anyone say “I hope Shorts talks about some hard hitting news.”  Instead, Shorts is popular because of its lighthearted nature. By cutting Speaks and Briefs, administration is taking away what makes Shorts, Shorts.