MCPS to add updates to the myMCPS app 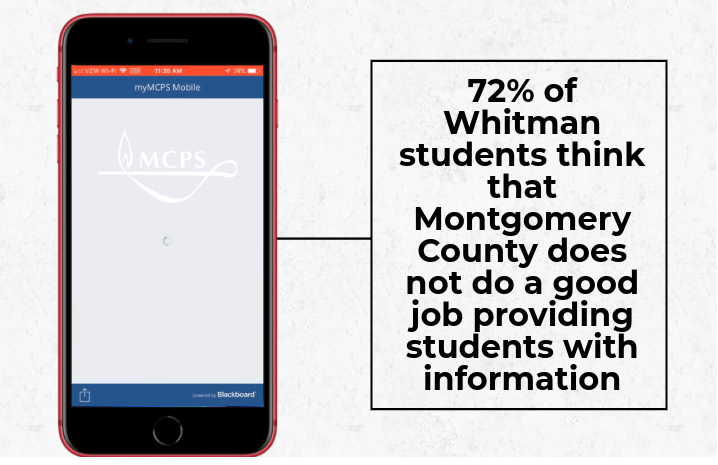 The Board of Education hired technology company Synergy to develop a new software system for the myMCPS app May 6. The update will bring numerous improvements to the current app, including easing communication between servers, creating a multi-language communications feature and improving the class scheduling process.

Currently, MCPS has multiple information outlets or feeders; however, there’s no comprehensive system that puts all the information in one convenient place.

A small portion of the new software system will be finished by next school year, and the transition will be completed by the 2020-21 school year.

Members of the BOE are confident that this new software will solve myMCPS’ shortcomings.

“MyMCPS is a homegrown system that leaves much to be desired, and it has reached the end of its usefulness,” BOE member Patricia O’Neil said. “At present, all of our systems don’t talk to each other. This update will be a more robust comprehensive system and there are lots of feeders that will expedite communication with parents and make life easier for staff.”

One of the county’s primary goals in developing this app is to make information accessible for parents and students of all backgrounds. The app’s new features will allow parents to enter their preferred language and specify whether they want to receive information via email or text message.

The MCPS international community values the BOE’s decision to provide people whose first language is not English an opportunity to stay informed and learn about their community, Whitman parent Annette Vita-Paras, a native Finnish speaker, said.

Not only will the new app help parents stay connected with the school, but it aims to keep students updated as well. In an informal lunch survey of 50 Whitman students, 72 percent said that MCPS doesn’t sufficiently provide students with information regarding the county.

“I think it would be great if MCPS could communicate more with their students,” junior Keah Sharma said. “If there was one specific way to gain information from the county, it would be much easier since we can be aware events or opportunities that we are meant to know about without the school acting as a middleman.”

Even with the improvements, sophomore Gabor Swistak doesn’t think he’ll use the app that often.

“I think that the new feature is a really good idea, but I probably won’t use it and I don’t think a lot of my friends will use it either,” Swistak said. “I just never really had an issue getting information from the county.”

Despite concerns expressed by a few students, the county still remains optimistic that the app will be useful to students.

“We think the incentive is to have a simple, one stop shop for people to access their information rather than having to go to multiple places to get key information,” Wolff said.