The Black and White • June 9, 2019 • https://theblackandwhite.net/64667/news/maryland-passes-beltway-expansion-bill-county-residents-skeptical/ 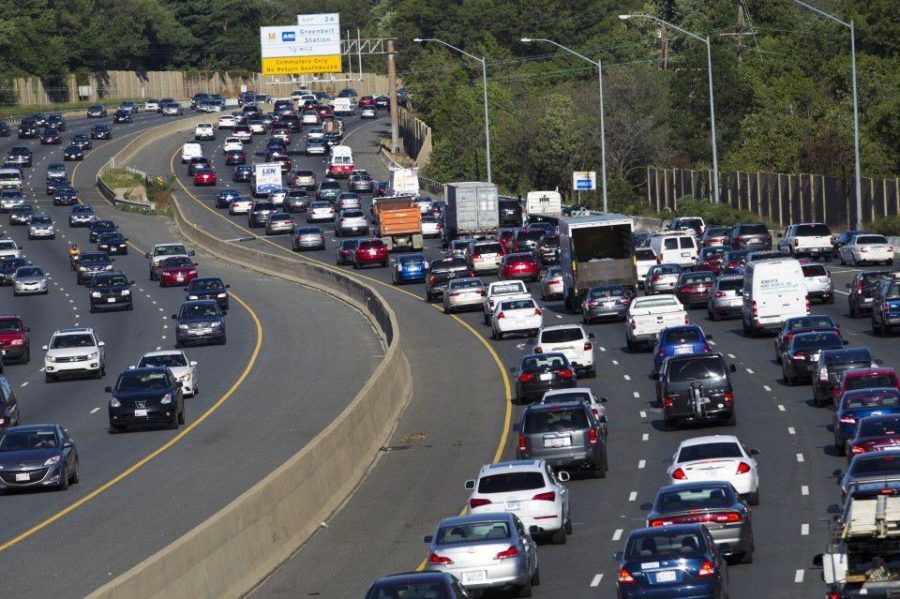 The Maryland Board of Public Works voted to expand and add toll lanes to I-270 and I-495 June 5. Though the bill is supposed to reduce congestion, many Montgomery County residents doubt it will help. Photo courtesy The Washington Post.

Despite the protests of hundreds of Montgomery County residents, the Maryland Board of Public Works voted to expand and add toll lanes to I-270 and I-495 June 5.

The BPW, which votes on the project, is made up of three members: Governor Larry Hogan, Comptroller Peter Franchot and Treasurer Nancy Kopp. Hogan had originally scheduled the vote during a time when Kopp, the only one to vote no, would be out of the country. After an outpour of criticism from Montgomery County residents, Hogan rescheduled the vote to June 5.

The BPW voted on prioritizing the expansion of I-270 and delaying the expansion of I-495 and the American legion bridge for two years because extending I-270 is less controversial and won’t destroy any homes. Hogan told the Washington Post that they would use the next two years to work with community leaders and address their concerns about expanding the other highways.

One of the biggest objections to the project is the additional lanes will be made into toll lanes, where the price will fluctuate depending on traffic levels.

“The lanes without tolls have to stay congested,” Citizens Against Beltway Expansion spokesperson Brad German said. “Otherwise, there’s no market demand to use the toll lanes. In order to keep the roads congested and make enough money, the toll lanes generally have to be very expensive.”

The state government will contract a private company—which they’re in the process of choosing—and provide them with instructions on how to build the additional lanes. In return, the company will get to keep the money from the tolls. This structure is the only way the state can afford to build the new lanes, Hogan said in a Washington Post article.

The construction will tear down homes and harm the environment. According to a Maryland State Highway Association study, the project will demolish up to 34 homes, and has the potential to seriously damage environmental preservations along the beltway including Rock Creek Park.

The noise from the beltway expansion will also impact up to 4,600 homes and businesses. According to the Maryland Department of Transportation, parts of Carderock Springs Elementary School’s playground, cafeteria and some classrooms will experience noise levels over 66 decibels—which equates to the noise of a vacuum cleaner—because of traffic.

The amount of noise is concerning because police sirens and traffic noises already frequently ring through the playground, Carderock parent Jenny Spreitzer said. An increase in beltway traffic will make it worse.

Whitman parent Mike Lindstrom commutes to Tysons Corner for work every day. Sometimes, his 10 mile commute can take up to an hour. Whether or not the expansion will reduce this congestion, which Lindstrom called a “dead stop,” is up for debate. Although the expansion’s objective is to reduce traffic, it may actually increase it. After a freeway expansion project in Houston, Texas, travel times increased by 30 percent for the morning commute. While it seems contradictory, this trend is common due to “induced demand.” When more is provided—such as lanes on the beltway—people are more likely to use it, which would create more traffic.

“It’s pretty much gospel in transportation circles that when you just expand capacity it provides short-term relief but it is rapidly replaced by more traffic,” County Councilmember Tom Hucker said.

MDOT will perform more studies this summer to analyze the project, but many local residents are still worried about the future consequences of the expansion.