The Black and White • June 5, 2019 • https://theblackandwhite.net/64601/feature/roundtable-discussion-about-race/ 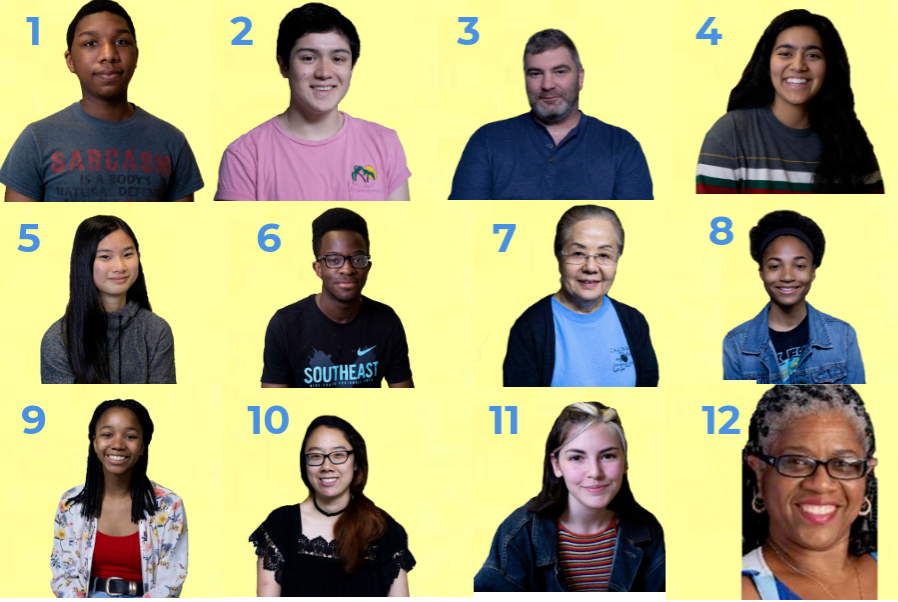 By Maddy Frank and Max London

Over the past two years, Whitman students have been involved in several serious incidents of racism. Last year, students attended a schoolwide assembly when multiple students experienced racism, and last month, two students were suspended after a photo of them wearing splotches of a black facial mask captioned with the N-word spread across social media. These large incidents shed light on a smaller, yet frequent issue in the school and community: ignorance of others and their situation.

In response to this issue, Whitman’s chapter of the Minority Scholars Program organized seminars that discussed race at Whitman, and how Whitman students can recognize the problem.

To understand how community members view race relations at the school, The Black & White hosted a roundtable with students and teachers April 29. The discussion occurred just before news of the blackface incident surfaced, making the timing critical.

What do you wish other people at Whitman knew about minority students?

Khanya Dalton: “When it comes to minorities, specifically black people, I have friends who have never had a black friend before me, not really even acquaintances, so that respect is hard to come by. We need to make people understand that things they haven’t encountered yet are still important, and people just inherently deserve respect. They shouldn’t have to wait to have more people to corroborate their story.

Obi Onwuamaegbu: “I think respect is definitely a big one. If an African American doesn’t want to be called the N-word, then you hear people say, ‘No, I hear it in rap songs all the time. One white rapper used it.’ You get push back. So just respect the wishes of minorities. I also think that listening is a really good thing. We need to, as a community, open our eyes to minorities and their fights and struggles. The sooner we acknowledge there’s a real issue, the faster we can get to solving it, hopefully closing opportunity gaps that exist in Bethesda and the general community.”

Anna Yuan: “I’m an Asian-American, not an Asian. There’s a very big distinction. At the root of it, there’s some similarities, but our experiences are very different.”

Mira Chung: “I was born here; my parents were born in Korea. I went to Walter Johnson, which is considered pretty diverse. I was called a twinkie when I was growing up in high school; it means yellow on the outside and white on the inside. I don’t take any offense to that, because I understand my culture at home, and it’s not necessarily something that I share. I think what some of you understand is that Asians don’t really express their culture. Most Asians are grown to be quiet, obedient.”

Yuan: “I think way too often, in the United States, we look at Asians, and we think there’s only Koreans, Japanese, Indian, and Chinese. There’s at least 40 other Asian countries, with very different languages, very different cultures, who have very different experiences that we just don’t even know about. I’ve never experienced blatant racism, but I’ve had friends completely break down because everyone thinks of them as a calculator and all they do is spit out numbers. I don’t like being reduced to just our intelligence. Yes, I’m Asian but that doesn’t mean all I am is smart; I have many other things to say.”

Young: “I hate when I hear, ‘I’m not racist because my best friend’s black or my auntie’s sister’s cousin’s brother is black or I don’t see color.’ Well, you clearly do see color because the first thing you see when I walk into the room is that I’m black.”

Onwuamaegbu: “Going back to what you said about being color blind, one reason I just don’t like hearing that is just we’re kind of throwing away the idea of the celebration of diversity. I think that’s something that’s often lost when trying to tiptoe on eggshells to not be perceived as ‘racist.’”

What do you think about the N-word?

Veronica Garner: “I’ve been at Whitman since 1989, so I’ve experienced the ups and downs of the problems that have faced Whitman. In regards to the N-word, growing up in an area that was segregated and having to go through integration and hear white people around yelling the N-word at me, I have a different perspective than younger people might have. I don’t like the word being used in conversation.”

And I did, and I of course encountered that N-word again, and at Kennedy when we read it, the students were like ‘yeah, I just used that word at lunch’ and it was a big problem here, and we decided not to use it. I think it’s a whole different dynamic here. Whereas at Kennedy, they were comfortable reading that word out loud in class, the white students used it in front of the black students, and here it was like a two-ton heavy thing just dropped on the class when I even brought it up. Like ‘This word’s in there, what are we going to do about this?’ And it was dead silence.”

Breanna McDonald: “It’s something the black community has reclaimed for itself. It was used to target and belittle us as a whole population, and to take that word back, and take the power away from that word, it’s something that belongs to us. It’s something we’ve reclaimed to mean family, to mean unity, and it’s not just a word; it has so much more historical context than any other word in the dictionary. It cuts more deep than any other word that I’ve ever heard. People need to be very well-educated about the historical context of why the black community has decided to reclaim that word.”

Therrien: “I mean, I don’t want to live in a world without rap music. I listen to Rock the Bells radio everyday. It’s basically old-school rap from my generation, and I sing along to all of it if I know the words, and I don’t stop when it gets to that word if I’m in the car by myself. I don’t want that to go away. It’s been reclaimed, it’s been reused artistically, it’s taken on a whole other meaning. The problem is educating people and making sure they understand that. It’s not a word I would use loosely.”

What can Whitman do to improve?

Khanya: “I do business for The Black & White. I wasn’t really encouraged to do journalism. We need to be actively recruiting students of color so that the media is actually representative of the population that we have so when it comes to incidents of racism, we have people who’ve experienced it to a larger extent and can report on it.”

Shaibani: “The stories written by The Black & White and the writers on the staff could be more diverse. There’s an opportunity gap when it comes to writers on The Black & White. You’re not getting perspectives of minority students. All the stories on Shorts are pitched by people who aren’t people of color.”

Moorman: “How many of you have taken an Asian language? Everyone’s studying Spanish or French, or another European language; no one steps into the Asian languages. American students are still totally ignorant about Asian values, systems and what they think. You have to understand the Asian mind to get the much bigger picture about all minorities. We have to talk about American values versus non-American values. That’s what’s missing at this school.”

Harley Pomper: “I do other county work, as well. MCPS is very much pushing the student voice which, on the surface level, is nice and people feel included. But what I also feel is that the administration of MCPS is clueless about how to deal with race relations, and they’re looking for young voices because they have no idea about what’s going on. We shouldn’t be the ones empowering equity initiatives. That shouldn’t have to come from us.”

Chung: “Sometimes it’s really hard to add a race curriculum inside of classes. Literally, the one time I talk about race and ethnicity is when I talk about DNA because I talk about how everyone’s the same, and that’s it. I don’t know where to add it because the state regulations state you have to go through all of this material because you’re going to be tested at the end of the year. Showing you the teacher’s side, I think those are the types of struggles you’re going to be facing when you push for more lessons about race in different classes. Like, I’ve had moments where I’m like, ‘I want to add this, but I can’t,’ or something of that nature.”

Young: I think, for the administration, in order for them to help students, they need to be more open with students, honest to students and actually listen to them because I know they’re stressed with other things. I know that for me, I didn’t feel like I had that many teachers to actually go to when I first came to this school last year.”

Therrien: “Do you think it matters what color your teachers are?”

Young: “I don’t think it matters because as long as you are actually willing to listen, depending on the type of situation.”

Anna Yuan is a writer for The Black & White.