The Black and White • June 3, 2019 • https://theblackandwhite.net/64557/news/congressman-jamie-raskin-visits-whitman-holds-qa-with-ap-nsl-classes/ 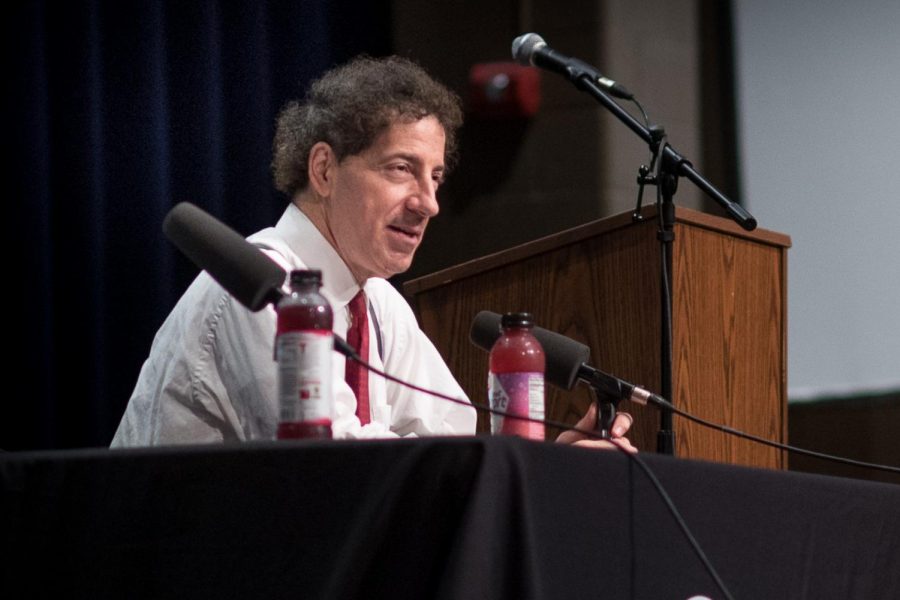 Congressman Jamie Raskin speaks to AP NSL students May 30 in the auditorium. He also held a Q&A, where he answered student questions about current events.

Emphasizing that students are “at the heart of many of our most critical social struggles,” Congressman Jamie Raskin answered questions from AP NSL students May 30 in the auditorium. Topics ranged from immigration reform to foreign aid.

Freshman Katherine Dwyer, co-president of the Yemen Action Club, invited Raskin to speak earlier this year after writing him a letter asking about his stance on the crisis in Yemen.

During the discussion, Raskin stressed the importance of student advocacy.

“It’s my job, as a member of Congress, to interact with young people,” Raskin said.

Students recognized the importance of the seminar and the opportunity that speaking with a government official provides.

“Jamie Raskin’s talk allowed me to realize important issues that are bi-partisan, such as climate change, are not acted upon,” freshman Vishnu Dandi said.

Students also asked about Raskin’s stance on potential legislation, including college debt forgiveness and expanding LGBTQ+ rights under current legislation. Raskin concluded the seminar with a statement about the importance of continuing the conversation about pressing issues.

“Interactions between the students and their representation are super important, and that’s why I was glad that it was mostly just a Q&A,” AP NSL teacher Colin O’Brien said. “These people are going to be his voters in just a few years; he’s going to need to form a relationship with them if he wants to get their support in the future.”