I’m a banana—and proud of it. 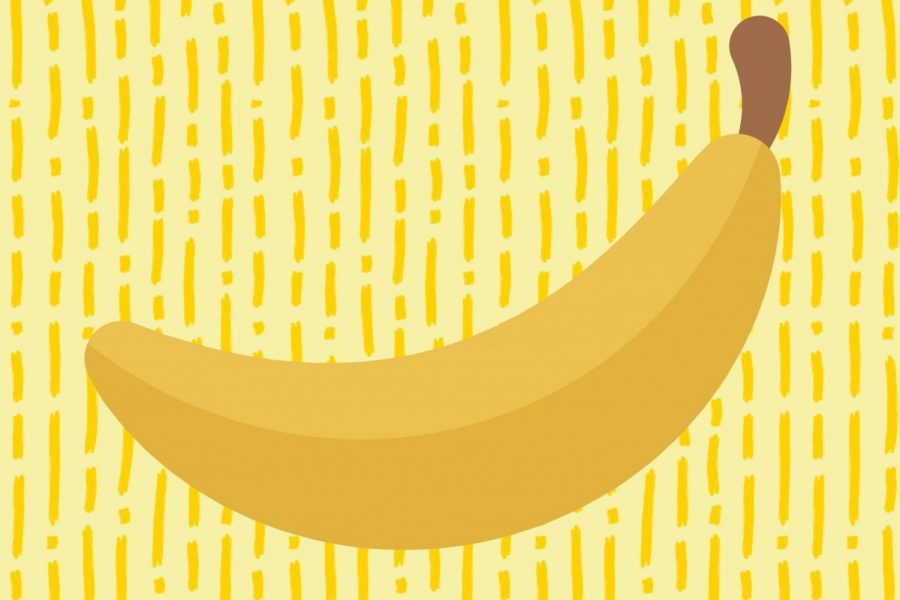 Words such as “banana” and “Twinkie” are often used as ethnic slurs toward Asian Americans who are considered to have lost touch with their heritage. The views in this blog are all my own and do not necessarily reflect opinions of the Asian American community.

Since freshman year, I’ve been casually called a “banana” by friends, acquaintances and people I barely know. And yes, that is a fruit metaphor. My parents are Chinese, making me “yellow on the outside,” but I was born and raised in the United States, making me only “yellowish-white” on the inside.

Food metaphors like “banana” or “Twinkie” have been used as slurs to make fun of Asian-Americans like me, who look Asian but act like a “normal” American. Being called a banana, even by my friends, always frustrated me.

Having grown up in America, I’ve never felt a strong connection to my Chinese heritage.

In homeroom last month, I mentioned to a friend that I don’t speak Chinese at home despite the fact that my parents are from China. As soon as I said that, at least five other Asians stared at me in shock. But they weren’t ready for what came next: I told them that I don’t play the piano or violin and I took Chinese in school to actually learn Chinese, not to get an easy language credit.

When I visited China two years ago, strangers told me that even though I looked Chinese, they knew I was American just by the way I acted and looked.

But in America, people only see my “yellow” exterior. I’ve always felt like some people are only “friends” with me to get the answers to the chemistry homework, and I’ve had people say they wanted me in their project group because I was Asian—and assumably smart enough to do all the work for them. Every time I heard that, it made me feel like I was being reduced to just my intelligence, which I knew was not indicative of who I am as a person: I have my own opinions and experiences to share, too.

While I don’t see myself as culturally Chinese, I definitely do have a stereotypically Asian side when it comes to academics. Instead of having a social life last summer, I spent weeks in the library with my friends, completing SAT practice tests all day—and I actually had a lot of fun doing it.

At the same time, I don’t fit in well with many of my white American counterparts. I spent most of my childhood struggling with Kumon homework or watching educational programming on PBS, so I never had a stereotypically American experience. I never understand classically American Spongebob references, I’ve been to Starbucks a grand total of three times in my life, and I just recently began understanding “The Office” and “Parks and Recreation” references.

I knew that that I wasn’t Asian enough to be fully accepted by Asians but also not white, which lead to me having a hard time finding a group I belonged to at Whitman who would understand having a foot in both worlds.

Since I wasn’t willing to reshape my identity, I began to look for people just like me. And I found them. We formed what we now call the “Extreme Stress” squad. We’ve been good friends for over three years and typically bond over cringy school-related jokes and overstressing about nearly everything.

Although I found a group that I felt I belonged in, it still took me a while to truly accept my identity. It may seem trivial, but another big turning point for me was watching “Crazy Rich Asians” last summer. It was the first time I had seen so many Asians and Asian Americans on screen, playing roles that was more than comedic relief or exaggerated accents.

The character I related to the most was the main character, Rachel Chu, a young, successful Chinese-American professor.

Halfway through the movie, Rachel’s best friend tells her that she has so much trouble fitting in because she’s like “some unrefined banana. Yellow on the outside, white on the inside.” Instead of moping around about how she can’t fit in with her boyfriend’s strict, old-school Asian family, Rachel decides to embrace her Asian-American identity. Seeing this, I realized that I could do the same and accept my Asian-American identity instead of trying to be just Asian or just American.

If I’ve learned anything, it’s that I didn’t have to wait for other people to become more accepting. All I had to do was accept myself and my identity first.

And now, there’s nothing I’d rather be than a banana.