The Black and White • June 3, 2019 • https://theblackandwhite.net/64518/sports/student-athletes-confront-unhealthy-body-standards/ 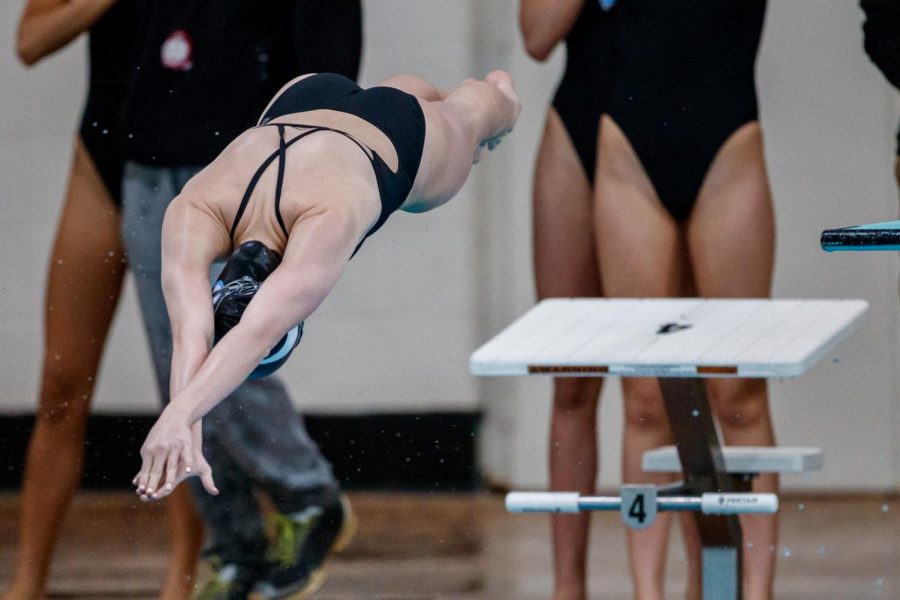 By Ally Navarrete and José Wray

Some students’ names have been changed to protect their privacy.

During a period of intense training in 2016, American figure skater and Olympic bronze medalist Adam Rippon would limit himself to only three slices of bread and three cups of coffee a day. Rippon struggled with body image issues and often found himself worrying about his body compared to his competitors.

“I looked around and saw my competitors, they’re all doing these quads, and at the same time they’re a head shorter than me, they’re 10 years younger than me, and they’re the size of one of my legs,” Rippon said in an interview with The New York Times.

Self-consciousness and body image issues aren’t unique to Olympic athletes; athletes at Whitman and across the nation face similar issues.

There are standards and stereotypes for how athletes feel they “should” look. Dancers are supposed to be delicate and thin, wrestlers should have defined muscles and swimmers must be tall and lean. These standards can pressure athletes and impede their performance and mental health, said Drew Anderson, an associate psychology professor at the State University of New York, Albany. Anderson researches eating disorders and obesity and has worked with athletes struggling with these issues.

“There’s a lot of silence around this. I think frankly a lot of coaches don’t want to know because they’re scared of what will happen if they ask questions,” Anderson said. “A lot of times, athletic directors will say, ‘that’s not a problem for us,’ and you can tell they just don’t want it to be a problem.”

“When you go to a dance audition, they make you write down your weight and height. They look at you, and you’re in a leotard, so it’s not like you can lie,” she said. “It’s a terrible system, and it trains people to hate the way they look.”

In her four years coaching Whitman Poms, Alexa Ciesinski has seen several girls struggle with body image issues, which at times have contributed to disordered eating and other mental health concerns. Aside from watching for warning signs, the most important role for a coach is to create a safe and comfortable environment for the athletes, she said.

“The first step is creating a vulnerable space and letting them know that your priority is on their mental health so they feel like they can come tell you things,” she said. “You have to act as a liaison at times between the girls and the parents, and then other times you have to be the support network for the students when they don’t want to tell anybody else.”

There are certain warning signs that psychologists look for regarding athletes’ physical health.

“When you start seeing people do extra workouts because they want to affect their body or they’re starting to do things that might not be great for their performance nutritionally, those are real red flags,” Anderson said. “It gets to be such a component that they’re doing unhealthy things and they’re spending too much time, and that’s the problem.”

Some coaches, like Linda Hallwig, the head coach at Freestate Gymnastics Center in Gaithersburg, are more proactive. According to the National Eating Disorders Association, a study of Division 1 athletes found that over one-third of female athletes reported attitudes and symptoms placing them at risk for anorexia. Hallwig has witnessed athletes quit after experiencing eating disorders and other mental health issues, so she watches her gymnasts “like a hawk,” she said.

“I give them a list of healthy snacks to bring. We talk about protein, fruits and vegetables, and that your body is important,” she said. “The main emphasis is health, and not some weird idea of trying to look like somebody else that you’re not going to be. It’s a lot of encouragement, a lot of verbal positive reinforcement.”

Still, judgmental remarks from coaches aren’t uncommon. Swimmer Claire Sorkin stands at only 5 feet and 1 inch, and her coaches often comment about her height.

“I’ve had coaches tell me I can’t be good at events because I’m not tall enough,” she said. “It frustrates me because it’s sort of like my coach doesn’t believe in me.”

Basketball player Carter McGloon has also experienced negative comments from coaches about how she’s too skinny and weak, she said.

“When I step on the court, the first impression a coach sees is that I’m not strong and I’m skinny compared to the other players, and they automatically think I’m not as good as I am,” she said. “It makes me feel less confident about my playing and like my skills are completely overlooked.”

Judgmental remarks from coaches can be a severe problem for athletes. Coaches should be careful with their words, Hallwig, said.

“In gymnastics, we have a lot of coaching courses that talk about positive coaching. They tell you to be very careful about pointing out things like if a child’s not strong enough, not tall enough, not short enough,” she said. “You never point those things out.”

“For men, there’s kind of a mix, so it’s a little more complicated. We’ve missed studying men for a while,” Anderson said. “You get some kind of a breakdown between what’s similar to women, the lean and thinner ideal, and a muscular ideal.”

Uniforms for wrestlers and rowers are tight and can be revealing. Wrestlers will frequently judge how someone looks in a uniform, called a singlet, and even wear a smaller size singlet in order to fill it out more and look more muscular.

“If you step out on the mat and you’re looking small in your singlet and weak, then you’ll be less intimidating than if you step out and your muscles are bulging through and you can see a six-pack,” wrestler Matthew Lindstrom said.

Assistant wrestling coach Will Sharbaugh watches his wrestlers to make sure they’re maintaining healthy practices where athletes will resort to starving themselves to make a different weight class.

“If they’re cutting weight and they’re not doing it properly, it’s pretty evident to us,” he said. “We normally sit them down and talk to them about better way to go about what they’re trying to achieve.”

Rower Finn Berkhout sometimes compares his physique to that of his teammates, but also knows not to cross the line.

“If I start focusing on that too much, I’ll start doing things that aren’t good for myself or my body,” he said.

Through his research, Anderson has found that athletes often fall into a trap when they’re struggling with body image issues. They may experience short term results from overworking their bodies, but in the long term, it creates more problems.

“People get lulled into this idea that weight loss or focusing on leanness is going to help because sometimes, early on, it doesn’t really help or hurt them,” he said. “It usually doesn’t work that way. It’s not until really far into it that we start to see effects that hurt people’s physical performance.”