The Black and White • May 31, 2019 • https://theblackandwhite.net/64504/opinion/blogs/why-you-shouldnt-overlook-less-popular-world-languages/ 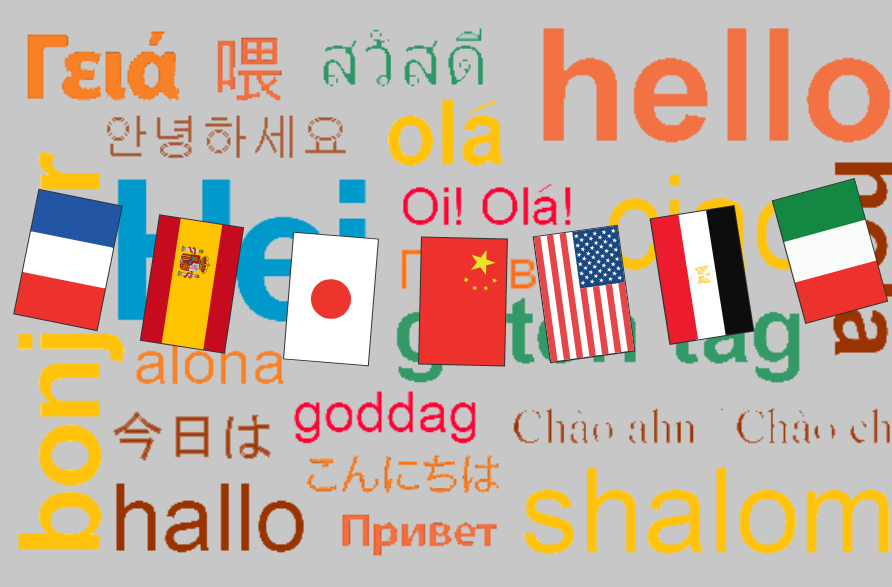 When I tell people that I take Italian, I’m met with the same response every time: a shocked expression, followed by a baffled, “Italian? Why?”

For me, the answer is simple: although one side of my family is Italian, I never picked up the language myself, making me feel disconnected from my relatives and part of my identity. Since I’ve always been interested in learning more about my family’s culture and language, choosing Italian as my world language was a no-brainer.

I don’t blame people for asking why I’m taking Italian—hardly anyone I know takes a world language other than Spanish or French. However, to me, Italian is no different from any other language class offered at Whitman; we complain about conjugations, gripe about grammar, and even watch an El Internado-esque TV show. Well, it’s a show about a bicycle-riding priest who solves crimes; it’s uniquely Italian.

There are a total of 59 students taking Italian at Whitman, making it one of the smallest world language classes in our school—in comparison to French, which has 289 students, and Spanish, which has 945, it’s downright miniscule. But despite its lack of popularity, my language class has consistently been one of my favorite courses.

Many of my friends, though, have had a starkly different language class experience. At lunch, they frequently groan about Spanish or French, wishing they didn’t have to take the class at all. Unfortunately, because of the misconception that less popular foreign languages are inherently harder—or even less useful—than the more traditional world languages, it discourages students from branching out and practicing more unique languages.

The American Council on the Teaching of Foreign Languages lists higher rates of academic achievement, better performance on standardized tests and improved memory and problem solving skills among the many perks that come with learning a world language. With a variety of languages to choose from, students are more likely to find a class that they truly enjoy—one that they’re likely to continue beyond the two-year MCPS graduation requirement.

By nature, less popular foreign language classes are smaller in size. When I first started taking Italian, I found my inability to hide in the back of the classroom or avoid participation somewhat intimidating. But with time, I found that because of the small group, I was able to develop a stronger relationship with my teacher and become part of a supportive class community. Having grown as a student alongside the same teacher and group of classmates from Pyle in sixth grade, my foreign language class feels less foreign and more like a home.

People often overlook the fact that these less popular languages are highly valued globally. In fact, despite being considered “lesser known” at Whitman, the federal government recognizes Chinese, Japanese, Russian, and Arabic as “critical languages”—all of which are among the top ten most spoken languages worldwide.

Because of its usefulness in foreign and customer communication, looking beyond Spanish and French can serve students once they enter the professional world. A report by New American Economy found that in 2015, the jobs with the highest demand for bilingual workers ranged from tax preparers and medical assistants to financial managers, editors and industrial engineers.

Students can even experience these benefits before entering the workforce; the Whitman world language page acknowledges that colleges look favorably upon students involved in these “critical language” programs.

Of course, straying from French and Spanish can be challenging. With relatively low student involvement, less popular world language resources can be limited and class periods are numbered, which can cause scheduling complications.

Limited resources and periods for the less popular world languages also make combined-level classes more common. For the Japanese classes, levels two to AP are all consolidated into one period. In cases like these, the wide range of student needs can make language learning and teaching more difficult. But, these challenges aren’t insurmountable, and they shouldn’t deter anyone from signing up for classes.

Although Italian isn’t the most common language globally and wouldn’t be useful in most other students’ daily lives, my language class still serves a purpose; it has helped me find a place where I can stay in touch with my heritage, allowed me to meaningfully connect with relatives and gave me a supportive in-school community.

Just because everybody else takes a certain foreign language doesn’t mean that you’ll necessarily enjoy it too. Step out of your comfort zone and take advantage of the opportunities to learn different languages and cultures. And hey, it’s not every day that you get to watch a bicycle-riding detective-priest solve bizarre crimes.