The Black and White • May 29, 2019 • https://theblackandwhite.net/64454/opinion/blogs/the-revolution-will-not-be-instagrammed-why-we-can-do-better-than-slacktivism/

The revolution will not be Instagrammed: why we can do better than “slacktivism” 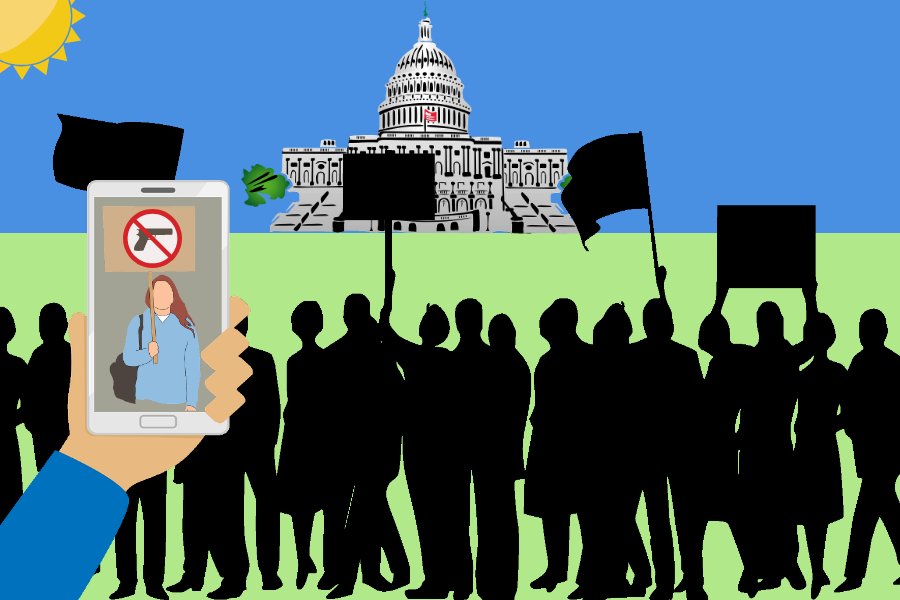 Along with Juuls, Birkenstocks and James Charles’ drama with Tati Westbrook, social activism has become hip and trendy with us Gen-Z teens.

After the Women’s March last January, my Instagram feed was cluttered with VSCO-filtered photos of my peers smiling and holding up block-lettered protest signs with catchy slogans. The same went for March’s D.C. Climate Strike—only instead of saying “the future is female,” signs read “there is no planet B.”

On the surface, posts from marches and protests show that students are informed about political and social issues. Social media photos make it seem like our generation goes out of our way for justice, and while this is sometimes true, many of us just go out of our way to be “trendy.”

And here lies the problem: our so-called “activism” stops after we hit the “create new post” button on Instagram and gain a “woke status” in the eyes of our peers. We’re not activists, we’re slacktivists.

“Slacktivism” describes a form of low-risk social media activism that many teenagers, including myself, participate in.

The minute I got the New York Times notification that Alabama’s governor had signed a law to ban most abortions in the state—with no exceptions for cases of rape or incest— on my phone May 14, I was outraged. But I didn’t do anything substantive to help the cause.

If you add up all of my contributions to the pro-choice movement in the aftermath of the passage of Alabama’s heartbeat bill, they would add up to a grand total of five posts on my Instagram story condemning Alabama’s legislators for their restrictive law.

It makes sense that the easiest way for teenagers to get involved in political issues without stepping outside of their community or getting our hands dirty is social media outrage; it only takes 10 seconds.

But if we want to make real change, we need to do more than just sharing a post or signing a petition.

Growing up in the digital age, we can google our representatives and call them to lobby for concrete bills. We live just 15 minutes from Washington, D.C., and we’re only one metro ride away from Capitol Hill. We can schedule appointments to meet with our senators and congressmen, volunteer at nonprofits, join political campaigns or canvass door to door. We have so many opportunities to create real change, but we’re too focused on proving how socially aware we are to notice.

Raising awareness is important, but we can do so much more. I know it’s cliche, but actions speak louder than words. To simply post and move on is a cop-out. We need to actually be the activists we say we are online. Otherwise, we’re not going to make real change.