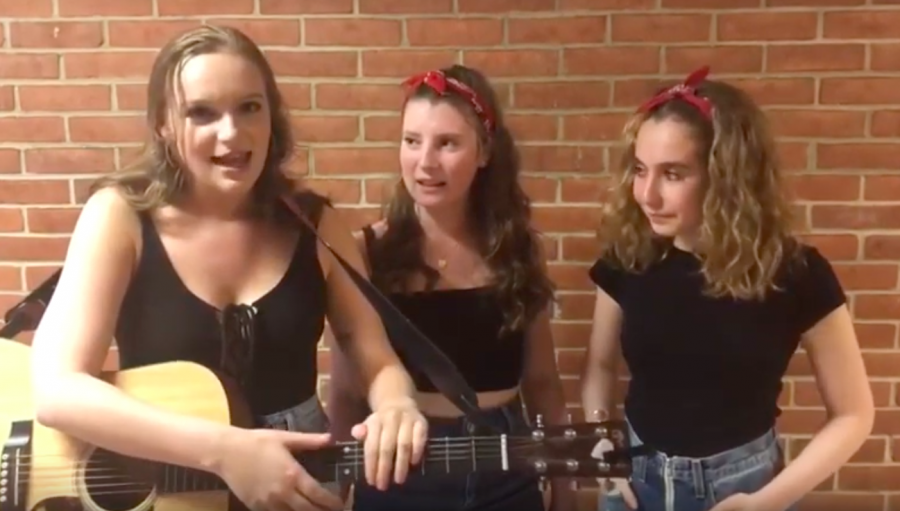 Covered in tie-dyed bed sheets and strewn with black electrical cords, the Waudatorium had shaken its usual English class undercurrents; instead of scribbling notes for some Socratic seminar, students plugged in amps and adjusted mics. Instead of studying Macbeth and Hamlet, they tuned their guitars. And instead of feverishly preparing for an in-class essay, they were getting ready to rock.

The SGA hosted its annual Battle of the Bands May 17 to raise money for the American Foundation for Suicide Prevention. This marked the second year that proceeds from the event went to AFSP. In past years, the SGA has donated the funds to Pencils of Promise and the Leukemia and Lymphoma Society.

BOTB was the SGA’s last fundraiser of the school year, and the final school function in the WAUD before its demolition this summer. The classroom has become a hallmark of the event, the fundraiser’s SGA organizer Alex Herrera said.

The seven bands that performed this year chose their own songs, resulting in a variety of genres. Songs ranged from Sinatra’s jazzy “Fly Me to the Moon,” to The Killers’ rock showstopper “Mr. Brightside”: all of which made for a high-energy evening. Throughout the evening, performers encouraged the audience to get on their feet and dance to the music.

“The performance setting is a lot more intimate, and performers are solely focused on having fun and playing with their friends,” drummer Gabby Helf said. “It’s kind of like a coffee house vibe rather than a rock concert.”

Battle of the Bands is different from the typical slew of Whitman Drama events because it attracts a smaller, more intimate audience. Performers strap in and jam out—without the assistance of a tech crew—in front of a crowd of fewer than one hundred people. This creates a more personal environment and a “freer feel,” guitarist Ben Meron said.

“Unlike a lot of our other events, it’s not super competitive,” SGA teacher sponsor Katherine Young said. “There’s a winner at the end, but it’s more about enjoying live music.”

At the end of the night, students cast ballots to vote for their favorite band. The Gentlemen, a band of five male artists led by senior guitarist and vocalist, Davis Gestiehr, won the contest this year.

“As a senior, Battle of the Bands was the last Whitman music event I did,” Gestiehr said. “It was kind of like a last huzzah.”